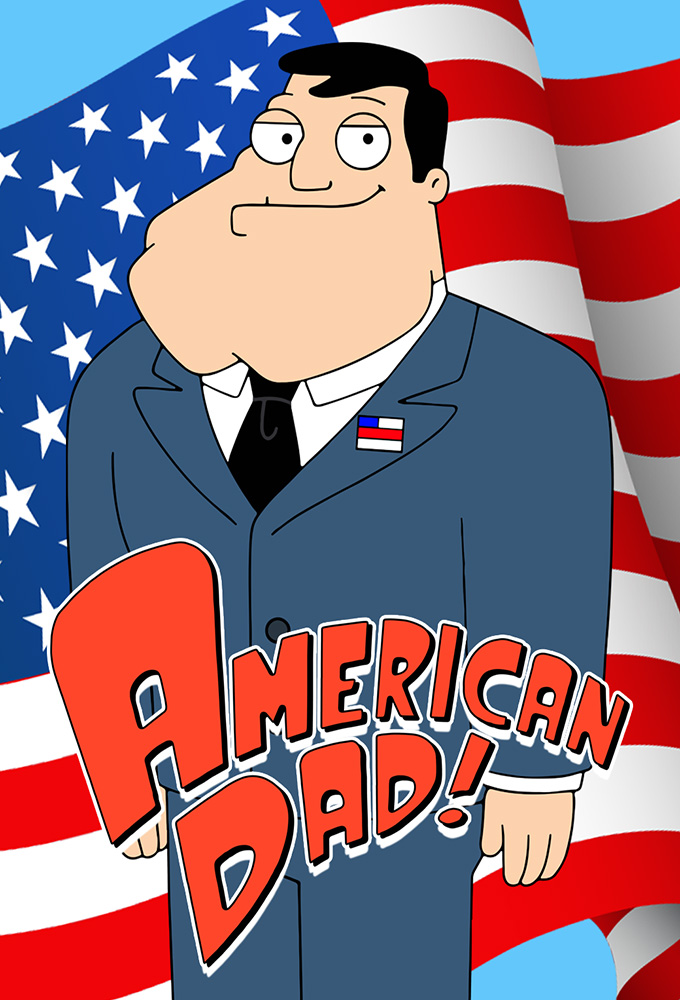 2
Threat Levels 2005-05-01
Threat Levels
2005-05-01
Stan Smith is mad because after getting his wife a job (or hobby) as a Real Estate agent, she makes more money than him. In the meantime, his daughter Hayley ran a program that helped the homeless, and Stans son Steve had an idea to have a Bum Fight program. To get back and to try to gain more...
Regisserat av:

3
Stan Knows Best 2005-05-08
Stan Knows Best
2005-05-08
Hayley comes home from a Green Party rally with her hair dyed green, instigating a fight with Stan. While shes sleeping, Stan cuts her hair (for her own good, of course). After learning of what Stan did, a wigged Hayley defies her father yet again by moving into the van of her new boyfriend. When...
Regisserat av:

4
Francines Flashback 2005-05-15
Francines Flashback
2005-05-15
When Stan forgets his anniversary, he arranges to have 20 hours of Francines memory erased, but the CIA temp on duty accidentally erases 20 years. Francine, having reverted to her wild child days, moves into her old apartment with Hayley as a roommate, and ends up going to a festival with Hayleys...
Regisserat av:

5
Roger Codger 2005-06-05
Roger Codger
2005-06-05
Stan invites his boss over for dinner, but the Smith family fears getting caught hiding Roger. After a close-call, Roger goes into a coma, making everyone thinking hes dead. After the family disposes of his body, Roger tries to get back home, but he ends up in another risky situation with the CIA.
Regisserat av:

6
Homeland Insecurity 2005-06-12
Homeland Insecurity
2005-06-12
Francine decides to throw a block party to get in touch with the neighborhood. Stan learns his new neighbors are Iranian and immediately suspects that they are terrorists. To prepare Steve for living near terrorists, Stan makes Steve join a group of scouts, who turn out to be trouble makers. Roger...
Regisserat av:

7
Deacon Stan, Jesus Man 2005-06-19
Deacon Stan, Jesus...
2005-06-19
Stan goes to great lengths to compete against his rival, Chuck White, and become the new deacon of their church. Meanwhile, Rogers temporary problem, which Stan tries to use to his advantage, causes all sorts of problems for Steve, Betsy, the rest of the family, and eventually, Stan.
Regisserat av: