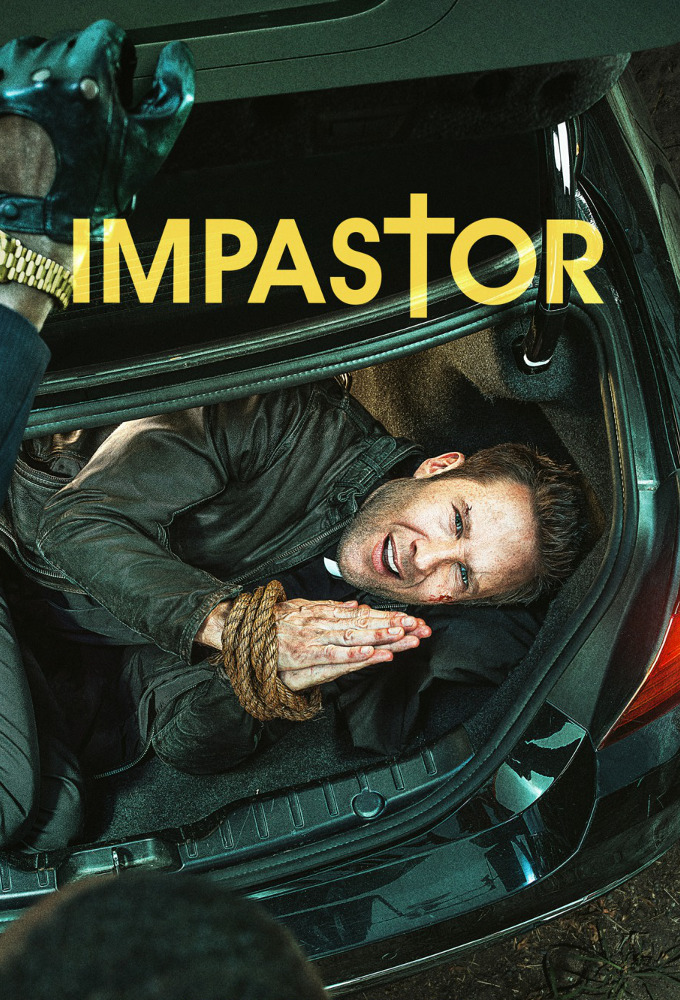 (2015)
Originaltitel: Impastor
Skapad av:
Release: 2015-07-15
TV-bolag: TV Land
Längd per avsnitt: 25 min min
Status: AVSLUTAD
Buddy Dobbs is in a rut. The slacker has a gambling debt that hes trying to escape, which leads him to a bridge that he is getting ready to jump off. Before he does, however, a reverend shows up and talks him down. Things take a turn after the reverend slips off the bridge and falls to his death, leaving Buddy the opportunity to steal the mans identity. Buddy begins to settle in to his new life as a pastor in a small, tight-knit town with the help of his preppy new assistant, Dora,... (TheTVDB)
Komedi

2
On the Third Day… 2015-07-22
On the Third Day…
2015-07-22
The church is in an uproar when two dead bodies are discovered in town and a piece of incriminating evidence leads directly to the new pastor. Meanwhile, Buddy goes back home to attend his own funeral.

3
Bird of Pray 2015-07-29
Bird of Pray
2015-07-29
Buddy’s first Sunday service is so unorthodox, a livid Schmidt calls in the bishop to assess the new pastor’s competence. Dora makes an unusual request for Buddy, while Alexa and Russell vie for his affection.

5
Ex-Communication 2015-08-12
Ex-Communication
2015-08-12
Buddy tries to help Alexa escape her past, but his efforts put both of them in danger. Elsewhere, Dora has a meltdown after learning her ex-fiancé is getting married.

6
Honor Thy Boyfriends Father and Mother 2015-08-19
Honor Thy...
2015-08-19
Buddy shares a surprise about Russell with Russells parents and then gets a big surprise of his own. Elsewhere, Alexa instructs Dora in the art of self-love.

9
Flings & Arrows 2015-09-09
Flings & Arrows
2015-09-09
Buddy faces more perils when an unexpected delivery threatens to expose him and a hired assassin comes looking for him. Elsewhere: Schmidts wife accuses him of having an affair.