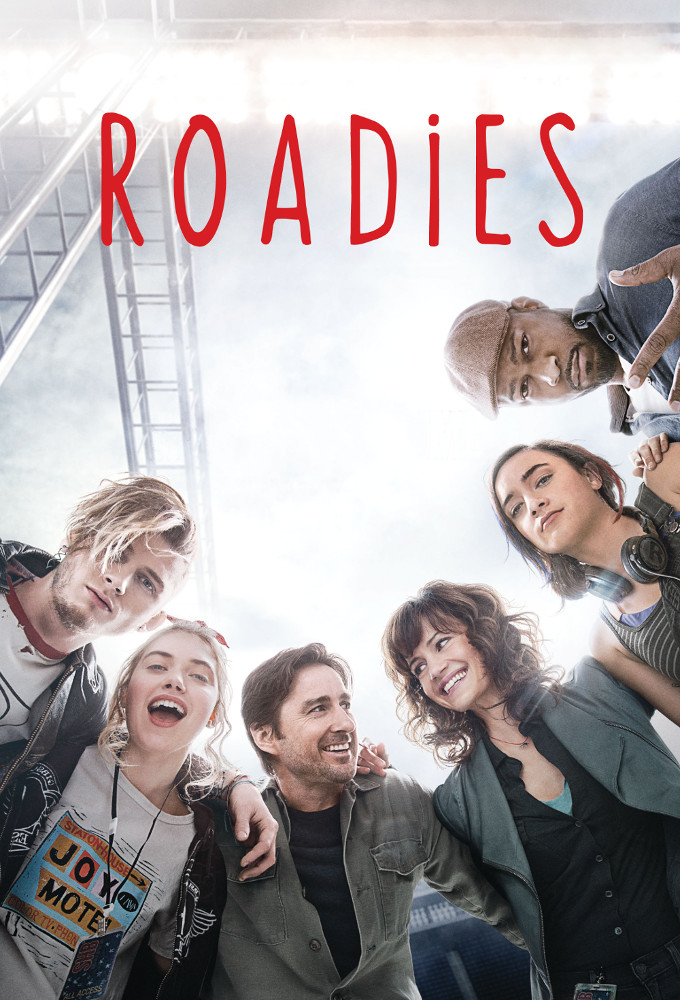 (2016)
Originaltitel: Roadies
Skapad av:
Release: 2016-06-26
TV-bolag: Showtime
Längd per avsnitt: 50 min min
Status: AVSLUTAD
An insider’s look at the reckless, romantic, funny and often poignant lives of a committed group of “roadies” who live for music and the de facto family they’ve formed along the way. The series chronicles the rock world through the eyes of music’s unsung heroes and puts the spotlight on the backstage workers who put the show on the road while touring the United States for the successful arena-level group, The Staton-House Band. (TheTVDB)
Komedi Drama

1
SÄSONG 1

1
Life Is a Carnival 2016-06-26
Life Is a Carnival
2016-06-26
The lives of a makeshift family of roadies are about to change with the sudden arrival of Reg Whitehead, a slick British financial advisor hired to overhaul the tours finances.
Regisserat av:

3
The Bryce Newman Letter 2016-07-10
The Bryce Newman...
2016-07-10
Notorious music blogger Bryce Newman (Rainn Wilson) sets his sights on the band, penning a post that eviscerates them as dull and irrelevant. When Reg invites him to the bands next show to smooth things over, the crew takes matters into their own hands. Rock legend Lindsay Buckingham appears as...
Regisserat av:

5
Friends and Family 2016-07-24
Friends and Family
2016-07-24
Needy friends and family descend upon the crew when the band makes a stop in their hometown of Denver. Meanwhile, Christopher Houses ex-girlfriend, Janine, appears and must be kept away from him at all costs.
Regisserat av:

10
The Load Out 2016-08-28
The Load Out
2016-08-28
A memorial for a rock and roll legend at the LA Forum brings together a star-studded lineup, while the crew faces an uncertain future. Season Finale!
Regisserat av: