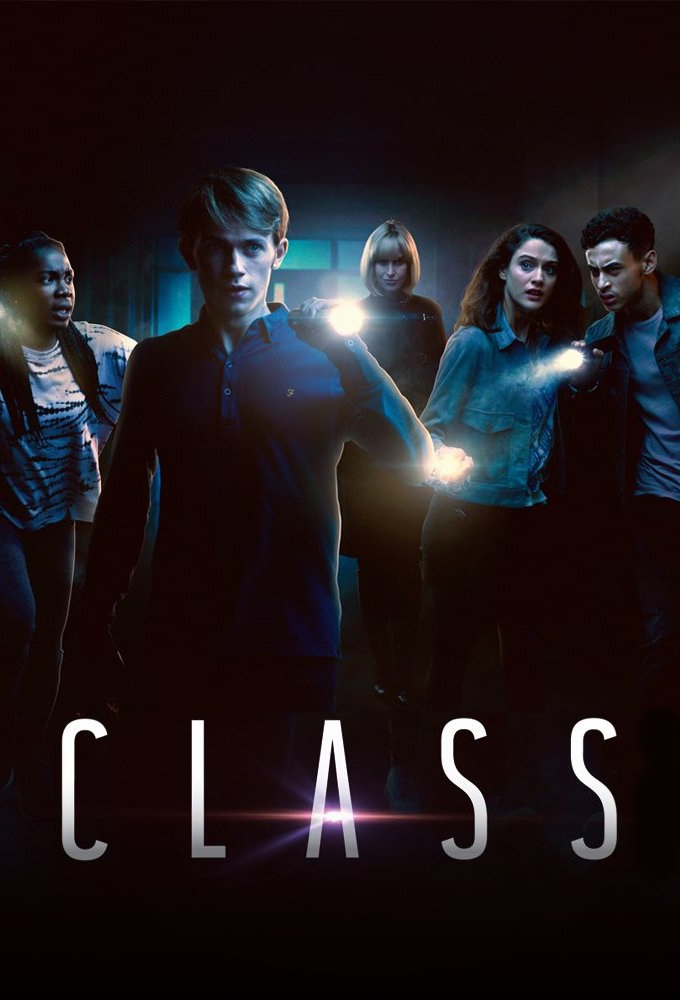 (2016)
Originaltitel: Class
Skapad av:
Release: 2016-10-22
TV-bolag: BBC Three
Längd per avsnitt: 45 min min
Status: AVSLUTAD
The sixth formers of Coal Hill School all have their own secrets and wants. They have to deal with the stresses of everyday life, including friends, parents, school work, sex, and sorrow, and also the horrors that come from time travel. The Doctor and his time-travelling have made the walls of space and time stretch thin, and monsters beyond imagining are planning to break through and wreak havoc upon the Earth. (TheTVDB)
Action Miniserie Science-Fiction

7
The Metaphysical Engine, or What Quill... 2016-11-26
The Metaphysical...
2016-11-26
With the gang trapped in detention and out of the way, Miss Quill accepts Dorotheas astonishing offer: to help remove the Arn from her head, and to reclaim her freedom. Alongside Ballon, an imprisoned shape-shifter, Miss Quill travels in a metaphysical engine and is taken to impossible,...
Regisserat av:

8
The Lost 2016-12-03
The Lost
2016-12-03
Facing an impossible choice, our heroes must use all they’ve learnt to save Earth. But how far are they prepared to go? And will they have to pay a price? Unable to recover from the truths they have faced, the gang has splintered. Liberated from enslavement, Quill prepares to take her revenge....
Regisserat av: