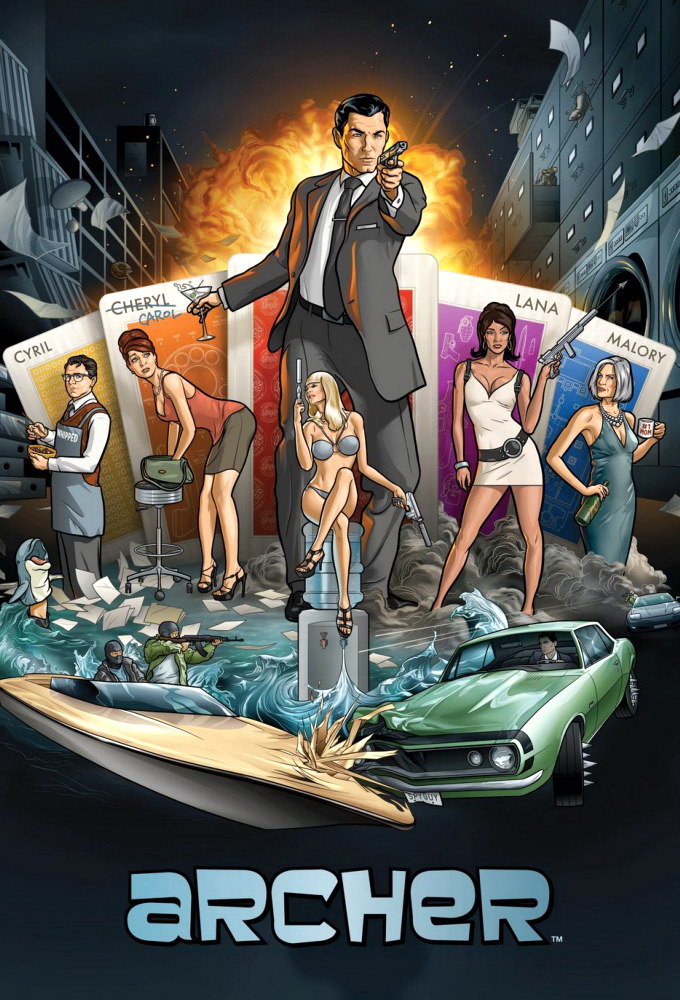 2
Training Day 2010-01-14
Training Day
2010-01-14
Lanas residual lust for Archer prompts Malory to promote Cyril to field agent. Archer then trains his new competition as only he can, whilst Malory frets over her own past and her sons future.

3
Diversity Hire 2010-01-21
Diversity Hire
2010-01-21
Owing to a rash of agent deaths (the result of Sterlings carelessness), ISIS cant meet government diversity standards. Enter the gruffly elegant Conway Stern, an onyx agent who wears a Star of David around his neck. Conway is a diversity double whammy, gushes Malory, but that and his secret-agent...

4
Killing Utne 2010-01-28
Killing Utne
2010-01-28
Malory hosts a dinner party for the UN intelligence chairman, Torvald Utne, in an effort to get a new weapons contract for ISIS. Unfortunately, a group of rival assassins have targeted Mr. Utne for elimination.

5
Honeypot 2010-02-04
Honeypot
2010-02-04
Malorys career is threatened when a sensitive videotape falls into the hands of a rogue (and roguish) Cuban agent, so she calls on Archer’s expertise in seduction to turn the tables on her blackmailer.

6
Skorpio 2010-02-11
Skorpio
2010-02-11
Archer must rescue Lana from the clutches of Skorpio, the infamous arms dealer. Meanwhile, Cyril fears not only for his girlfriends life, but her succumbing to the seductive nature of Archers heroics.

7
Skytanic 2010-02-18
Skytanic
2010-02-18
When a bomb threat jeopardizes the maiden voyage of the luxury airship Excelsior, Archer and the ISIS crew must battle the clock (and each other) to avert disaster.

8
The Rock 2010-03-04
The Rock
2010-03-04
After ISIS loses yet another lucrative contract to rival agency ODIN, Malory assigns Archer and Lana to embarrass ODIN by stealing a priceless diamond from their biggest client.