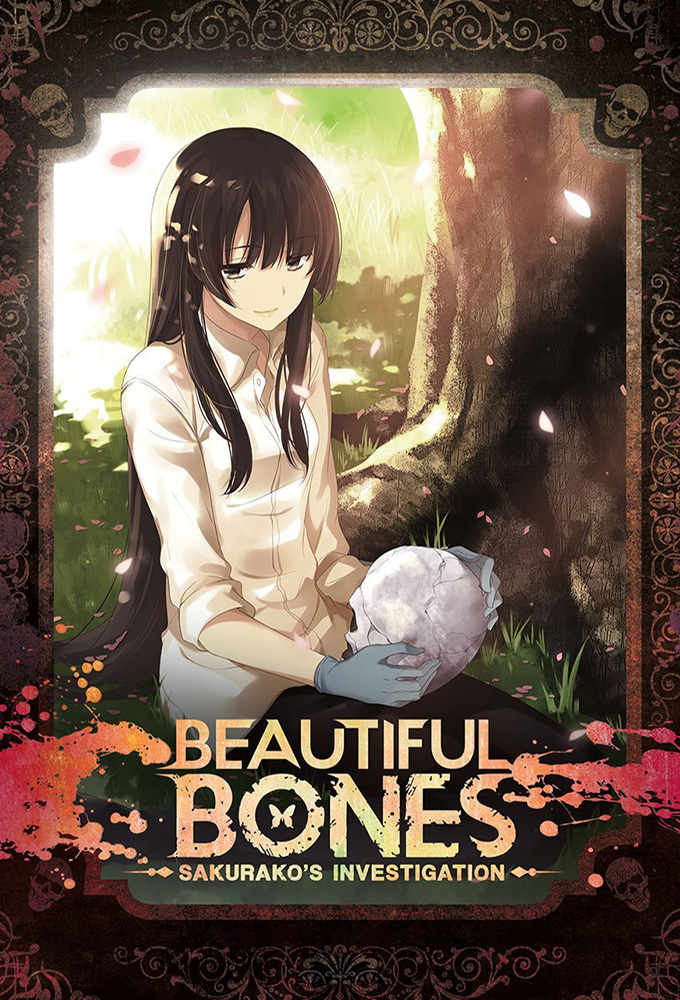 1
SÄSONG 1

1
The Princess Who Loves Bones 2015-10-08
The Princess Who...
2015-10-08
Tatewaki Shoutarou is an average high school student in Asahikawa City, Hokkaido Prefecture. However, hh has an unusual acquaintance by the name of Kujou Sakurako, who loves bones more than life itself. One day, on a bone gathering expedition along the shores of Mashike, they find a human skull... ...
Regisserat av:

2
Where Is Your House? 2015-10-15
Where Is Your House?
2015-10-15
Shoutarou finds a little girl at a convenience store in the dead of night. Other than her nickname, Ii-chan, no one can figure out her real name and address. Finding a bloody handprint on her backpack, Shoutarou asks Sakurako for help. But their inquiries only lead them to a shocking...
Regisserat av:

3
The Bones Sleeping in Summer 2015-10-22
The Bones Sleeping...
2015-10-22
While on a bone-hunting expedition in the mountains, Sakurako and Shoutarou again find the skeletal remains of a human being. Later, Shoutarou finds out that the body belonged to Kougamis grandmother, whose death the police have written off as a suicide. In disbelief, Kougami asks Sakurako for...
Regisserat av:

4
The Cursed Man, Part 1 2015-10-29
The Cursed Man,...
2015-10-29
Sakurako and Shoutarou are asked by Utsumi to help his friend Takeshi Fujioka, who believes himself to be cursed, as all the men in his family live short lives, and also possesses a supposedly cursed dog, whose owners had all died. As the three meet up with Takeshi and his family, including his pet...
Regisserat av:

5
The Cursed Man, Part 2 2015-11-05
The Cursed Man,...
2015-11-05
Sakurako discovers the painting Takeshi had kept in his study was painted with a pigment containing arsenic which, when combined with the mold that had grown from being kept in storage, had been releasing a deadly gas. She further deduces that the death of the other men in Takeshis family was due...
Regisserat av:

6
Asahi Bridge Irregulars 2015-11-12
Asahi Bridge...
2015-11-12
On her way to a summer festival, Yuriko spots a mysterious woman on a bridge who suddenly disappears, leaving behind an envelope containing a diamond ring and what looks like a suicide note. After going over the contents with her teacher, Isozaki, Yuriko, fearing for the womans safety, decides to...
Regisserat av:

7
The Entrusted Bones, Part 1 2015-11-19
The Entrusted...
2015-11-19
Sakurako comes to Shoutarous school for their culture festival, with Shoutarous class running a maid café. After voicing some complaints about the animal skeletons set up in the lab, Sakurako is asked by Isozaki to sort through some bones in the science prep room. While doing so, Sakurako explains...
Regisserat av:

8
The Entrusted Bones, Part 2 2015-11-26
The Entrusted...
2015-11-26
Shoutarou and Sakurako deliver Sasakis belongings to his sister, Sayuki Haruma, who explains how Natsuko was her caregiver and close friend to her and Sasaki. After Natsuko had a premature birth, resulting in the death of her child, she left the household and passed away a few years later, with her...
Regisserat av:

10
The Butterfly Vanished in November,... 2015-12-10
The Butterfly...
2015-12-10
The years final bone gathering expedition is cut short when Isozaki informs Sakurako and Shoutarou that one of his former students, Hitoe, has gone missing. In the past, Hitoes friend, Futaba, had similarly gone missing on Isozakis watch as their homeroom teacher...
Regisserat av:

11
The Butterfly Vanished in November,... 2015-12-17
The Butterfly...
2015-12-17
Minami leads Sakurako and the others to a wooden lodge where Hitoe is believed to be hiding. There, they find not only Hitoe, who is still alive following a failed suicide attempt, but also the bones of Hitoe and Minamis friend, Futaba Nishizawa, who Minami reveals was buried there after she...
Regisserat av: