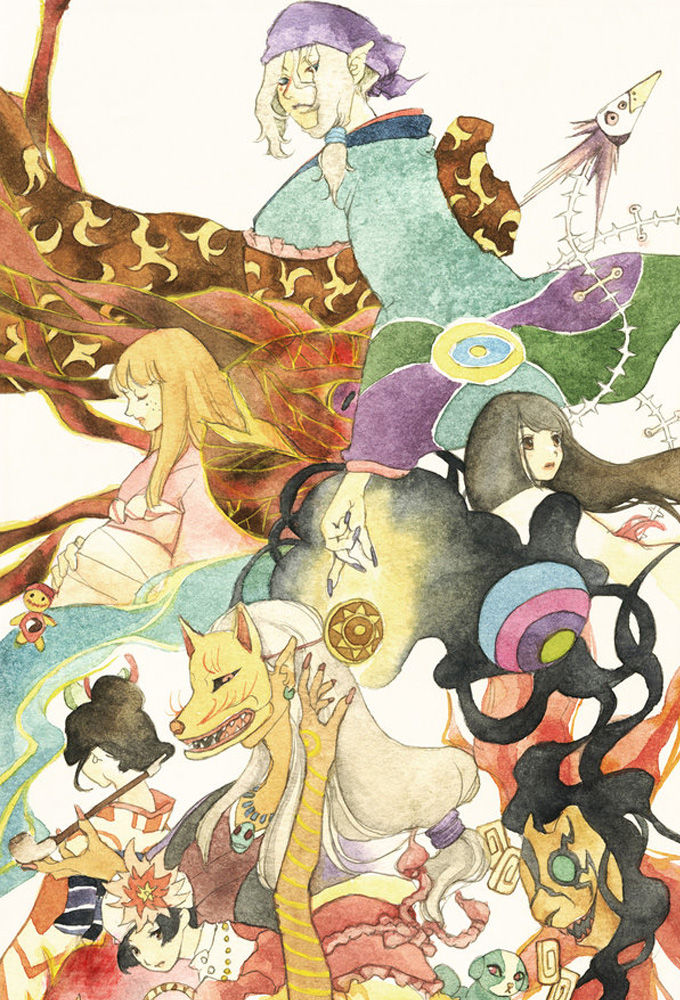 (2007)
Originaltitel: Mononoke
Skapad av:
Release: 2007-07-13
TV-bolag: Fuji TV
Längd per avsnitt: 25 min min
Status: AVSLUTAD
Mononoke is a spin-off of the Bakeneko story arc of Ayakashi - Japanese Classic Horror. It follows the Medicine Seller as he deals with various spirits or Mononoke in feudal Japan. Just like in the Bakeneko story, he combats with a series of tools and his vast knowledge of the supernatural on his side, but can only slay the Mononoke when he uncovers its form (Katachi), the truth behind its appearance (Makoto) and the reason for its unusual behavior (Kotowari). In other words : Truth,... (TheTVDB)
Animerat Fantasy

SPECIAL
1
SÄSONG 1

1
Zaraki Warashi, Part 1 2007-07-13
Zaraki Warashi,...
2007-07-13
The Medicine Seller checks into the last room of a traditional inn, just as a pregnant woman named Shino desperately asks for shelter. She is given a secret room - a room possessed by a group of ghosts.

2
Zaraki Warashi, Part 2 2007-07-20
Zaraki Warashi,...
2007-07-20
The Medicine Seller delves into the inns past as he attempts to understand the ghosts motivations and history, before it can interfere with Shino.

3
Umibouzu, Opening Act 2007-07-27
Umibouzu, Opening...
2007-07-27
The Medicine Seller takes a journey on a merchants luxurious ship, but before long the craft is diverted into the Dragons Triangle, an area of the sea infested with ghosts.

6
Nopperabou, Part 1 2007-08-17
Nopperabou, Part 1
2007-08-17
Trapped in jail, a woman named Ochou confesses to the murder of her husband and his family. The Medicine Seller has reason to doubt this and visits her, coming across a creature with thousands of faces.

8
Nue, Part 1 2007-08-31
Nue, Part 1
2007-08-31
Four men should have turned up to the house of Lady Ruri in a bid to win her hand in marriage. However, one of them has disappeared, so the Medicine Seller takes his place in the traditional incense competition taking place.

9
Nue, Part 2 2007-09-07
Nue, Part 2
2007-09-07
The Medicine Seller takes over the responsibility of refereeing the incense competition while prying into the real reason these three men have gathered here - the Toudaiji.