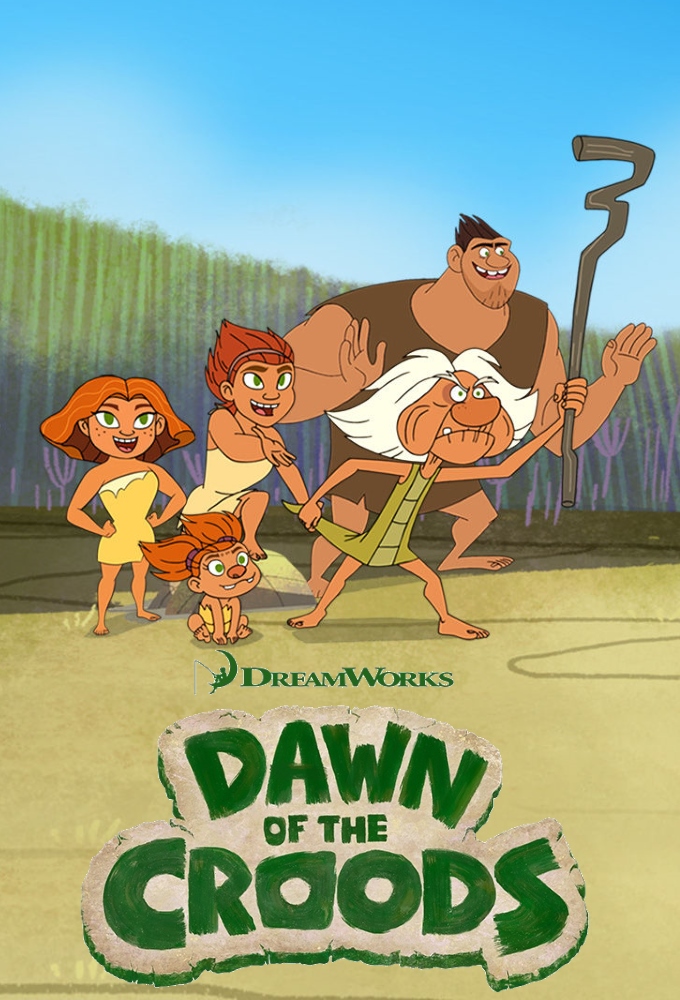 Dawn of the Croods

(2015)
Originaltitel: Dawn of the Croods
Skapad av:
Release: 2015-12-24
TV-bolag: Netflix
Längd per avsnitt: 25 min min
Status: AVSLUTAD
The worlds first family is back for more laughs as they discover sports, sleepovers and other wonders in a world of exotic creatures and adventures. This 2D animated cartoon is based on the 3D animated feature film, The Croods. (TheTVDB)
Äventyr Animerat Barn Komedi Familj

9
Thunkytown 2015-12-24
Thunkytown
2015-12-24
Because of Thunks dislike for a certain meal, he leads a pack of Bearowls to the Croods cave and when the Boors cave is overtaken by an Albatrocerous, the 2 rival clans are forced to share a cave while Eep and Thunk try to reverse the situation.

15
The Crood Who Knew Too Much 2015-12-24
The Crood Who Knew...
2015-12-24
After getting a giant head from a Spiderant bite, everybody is convinced that Grug is now completely intelligent and he uses this to outstrip Snoots role as Ahhh! Valleys Problem Solver.