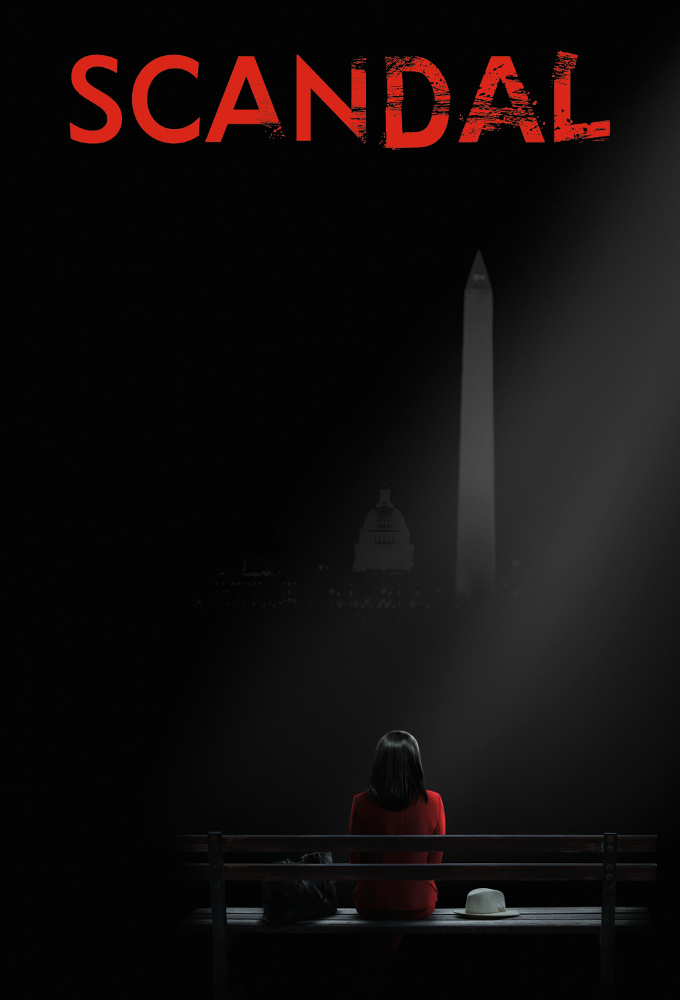 (2012)
Originaltitel: Scandal
Skapad av: Shonda Rhimes
Release: 2012-04-05
TV-bolag: ABC
Längd per avsnitt: 60 min min
Status: AVSLUTAD
A former media relations consultant to the President, Olivia Pope (Kerry Washington) dedicates her life to protecting and defending the public images of our nations elite. After leaving the White House, the power consultant opened her own firm, hoping to start a new chapter -- both professionally and personally -- but she cant seem to completely cut ties with her past. Slowly it becomes apparent that her staff, who specialize in fixing the lives of other people, cant quite fix the... (TheTVDB)
Crime Drama

SPECIAL
1
2
3
4
5
6
7
SÄSONG 1

1
Sweet Baby 2012-04-05
Sweet Baby
2012-04-05
Olivia hires Quinn Perkins; On Quinn Perkins first day, she is given the task of of dealing with a womans accusation against the President of the United States. Meanwhile, Pope & Associates must prove a decorated war veteran innocent of murder.
Regisserat av:

2
Dirty Little Secrets 2012-04-12
Dirty Little Secrets
2012-04-12
Olivia and her team must keep a DC madams client list under wraps when she comes under investigation, leading to the firm protecting many of DCs most influential. Meanwhile, Quinn must continue to deal with the Presidents former intern.
Regisserat av:

3
Hell Hath No Fury 2012-04-19
Hell Hath No Fury
2012-04-19
When a millionaires son is accused of rape, Pope & Associates take the case and find it difficult to change public perception. Olivia must also deal with Amanda Tanners first request as a client: a meeting with the President.
Regisserat av:

5
Crash and Burn 2012-05-03
Crash and Burn
2012-05-03
After a commercial plane crashes, taking the lives of all onboard, Olivia Pope and her gladiators-in-suits must defend the pilot from media and airline accusations; meanwhile, when Amanda Tanner goes missing, Huck calls upon his dark past to find her whereabouts, and Fitz seeks the help of the Vice...
Regisserat av:

6
The Trail 2012-05-10
The Trail
2012-05-10
As Gideon investigates Amanda Tanners past, a series of events from the past reveal the contentious primary race between Fitzgerald Grant and Sally Langston, Olivias first meeting with Grant on the campaign trail and the formation of the Pope & Associates team.
Regisserat av:

7
Grant: For the People 2012-05-17
Grant: For the...
2012-05-17
When Quinn finds herself in a tragic and compromising position, Olivia and the team rush to her side; all the while, a reluctant Cyrus must turn to Olivia when Billy Chambers makes an announcement that shakes Fitzs presidency to its core.
Regisserat av: