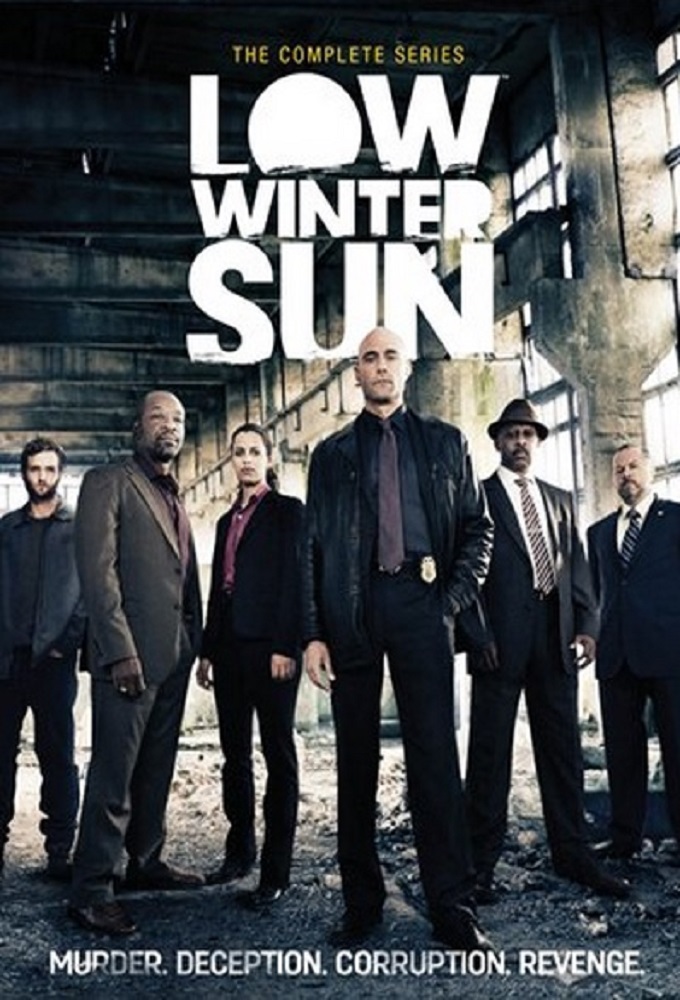 1
SÄSONG 1

1
Pilot 2013-08-11
Pilot
2013-08-11
When Detectives Frank Agnew and Joe Geddes murder a fellow cop, the Detroit Police Department launches an investigation that filters through more than just the homicide department. Rising crime lord Damon Callis learns how far he will go to make a name for himself on the streets of Detroit.
Regisserat av:

2
The Goat Rodeo 2013-08-18
The Goat Rodeo
2013-08-18
When the DPD search the house of murdered detective, Brendan McCann, Frank finds evidence that changes everything. Detective Geddes becomes the center of Boyd’s investigation while Damon and Maya are forced to reevaluate their plans.
Regisserat av:

3
No Rounds 2013-08-25
No Rounds
2013-08-25
Joe regrets not killing Katia. Deputy Mayor yells at Lt. Dawson over the phone for not having results on McCanns murder case, so he puts pressure on Frank to get some results by the end of the day. Boyd refuses to share details from his case with Frank, but later shows him a file he has on Joe. A...
Regisserat av:

5
Cake on the Way 2013-09-08
Cake on the Way
2013-09-08
The DPDs investigation intensifies when a low-level murder is linked to McCann. Damon has to pay the cost of his ambitions.
Regisserat av:

9
Ann Arbor 2013-10-06
Ann Arbor
2013-10-06
Frank grapples with his sanity as the realities of his actions start to take their toll. Meanwhile, the DPD catches a major break in the McCann case.

10
Surrender 2013-10-06
Surrender
2013-10-06
While the DPD gets close to solving McCanns murder, Frank is forced to make a critical decision. Damon makes his boldest move yet.