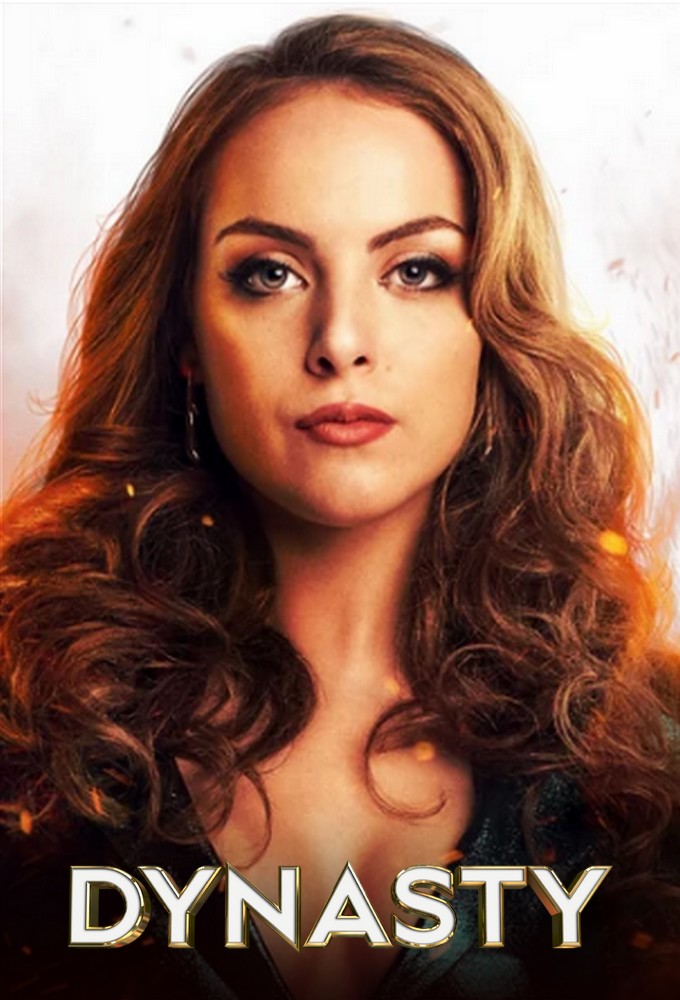 (2017)
Originaltitel: Dynasty
Skapad av:
Release: 2017-10-11
TV-bolag: The CW
Längd per avsnitt: 45 min min
Status: AVSLUTAD
Nästa avsnitt sänds om 8 dagar | Säsong 3, Avsnitt 19
The reboot follows two of America’s wealthiest families, the Carringtons and the Colbys, as they feud for control over their fortune and their children. The series will focus on Fallon Carrington, the daughter of billionaire Blake Carrington, and her soon-to-be stepmother, Cristal, a Hispanic woman marrying into this WASP family and America’s most powerful class. (TheTVDB)
Drama Såpa

1
2
3
SÄSONG 1

1
I Hardly Recognized You 2017-10-11
I Hardly Recognized...
2017-10-11
When Blake chooses Cristal over his own daughter, Fallon sidles up to Blakes biggest rival, Jeff Colby, to seek her revenge. Meanwhile, when Cristals nephew Sammy Jo comes to town, her carefully concealed history could bring her future crashing down - and who knows who else she might take down with...
Regisserat av:

2
Spit It Out 2017-10-18
Spit It Out
2017-10-18
The spotlight falls on the Carringtons when it’s discovered that Matthew’s death may have involved foul play. The family members are then forced to swallow their own suspicions of each other and close rank to defend the clan. Meanwhile, Cristal struggles with what it means to be a Carrington;...

3
Guilt is for Insecure People 2017-10-25
Guilt is for...
2017-10-25
In a throwback to the 80s, when greed was good, the Carringtons don their best costumes for their Charity Gala. Fallon fights her father Blake for the right to use the family name in her new business venture. When Cristal learns her sister is in danger, shes forced to choose between her old family...

4
Private as a Circus 2017-11-01
Private as a Circus
2017-11-01
The Carringtons efforts to protect their secrets - from the world and from each other - lead them outside the protective cocoon of the Manor: Cristal and Blake to their belated honeymoon, Steven to Sammy Jos rescue, and Fallon to confront old demons. They all face the same difficult choice: serve...

8
The Best Things in Life 2017-12-06
The Best Things in...
2017-12-06
Everything is shiny and bright at the city’s Annual Tree Lighting, but behind the scenes, the Carringtons struggle with ghosts from their past; Fallon tries to move on from her former flame; Steven and Jeff band together to right an old wrong; and Cristal’s past resurfaces, threatening her...

9
Rotten Things 2017-12-13
Rotten Things
2017-12-13
The Carringtons’ plan for a peaceful holiday are spoiled by two new arrivals and the scandals they bring with them, including Cristals sister, Iris Machado. Blake faces a power struggle with his own father; meanwhile Fallon attempts to reunite the Colbys.

10
A Well-Dressed Tarantula 2018-01-17
A Well-Dressed...
2018-01-17
Cristals efforts to mend her fractured marriage are complicated when a dangerous newcomer threatens to destroy everything she and Blake hold dear; Meanwhile, Fallon celebrates her golden birthday and gains control of her trust, forcing her to think about more than just what size champagne bottles...

11
I Answer to No Man 2018-01-24
I Answer to No Man
2018-01-24
When Fallon is taken hostage, the rest of the family must come together to enact a rescue mission — but coming together isn’t exactly what Carringtons do best. Out of desperation, Culhane turns to Jeff Colby for help, while Cristal is forced to choose between her old family and her new one.

12
Promises You Cant Keep 2018-01-31
Promises You Cant...
2018-01-31
When the Carringtons host a lavish Casino Night party, Cristal and Blakes marriage is put to the test when an explosive secret from Blakes past surfaces. Meanwhile, Fallon must reconsider her behavior as she attempts to fix a professional blunder by accepting an indecent proposal.

13
Nothing But Trouble 2018-02-07
Nothing But Trouble
2018-02-07
After Fallons declaration of professional - and romantic - independence, Jeff tries to reel her back in. As Cristal struggles with Blakes unorthodox moral compass, she finds herself in a gray area of her own.

14
The Gospel According to Blake Carrington 2018-03-09
The Gospel...
2018-03-09
Suspicious that the Colbys may be up to no good, Fallon plays a dangerous game of charades; meanwhile, Steven finds himself unexpectedly channeling his darker side when he tries to help Sammy Jo, and Cristal must cover-up an impulsive mistake that threatens to implode her marriage.

15
Our Turn Now 2018-03-16
Our Turn Now
2018-03-16
After Fallon discovers that Jeff Colbys motives to marry her are not for love but for revenge, she is forced to continue with her faux engagement until she can save her family from becoming a casualty of the Colby-Carrington war. Sam pulls out all the stops to earn his citizenship and Steven’s...

16
Poor Little Rich Girl 2018-03-23
Poor Little Rich...
2018-03-23
In the wake of a sudden Carrington death, Blakes temper pushes Cristal to make a bold decision regarding their marriage. Fallons feud with Jeff goes public, forcing her to rely on her faux-husband, Liam, for support. Steven processes his grandfathers sordid past and decides how he wants to spend...

17
Enter Alexis 2018-03-30
Enter Alexis
2018-03-30
The arrival of Alexis has thrown the entire Carrington family into disarray. After Alexis receives a fortune from Grandpas will, Fallon sets out to prove her mother weaseled her way into it. Meanwhile, Cristal tries to keep Alexis away from her already shaky marriage to Blake.

18
Don’t Con a Con Artist 2018-04-06
Don’t Con a Con...
2018-04-06
When Fallon and Alexis fight for Stevens love, his relationship with Sam gets caught in the crossfire. Meanwhile, Cristal turns her attention to Culhane’s family and stumbles upon a terrible secret.

19
Use or Be Used 2018-04-20
Use or Be Used
2018-04-20
The manipulative power games between Fallon and Alexis continue when Alexis — who’s grown highly suspect of Fallon’s new husband, Liam — meddles in Fallon’s love life. Meanwhile, Blake and Cristal spar over whether CA will take responsibility for the health crisis that is hurting...

22
Dead Scratch 2018-05-11
Dead Scratch
2018-05-11
As Alexis loses control of her plan with the Colbys, Fallon challenges Blake for control of the familys company only to learn shes not the only one with a claim to the throne. Sammy Jo and Steven prepare to tie the knot - but an unexpected guest causes all hell to break loose.