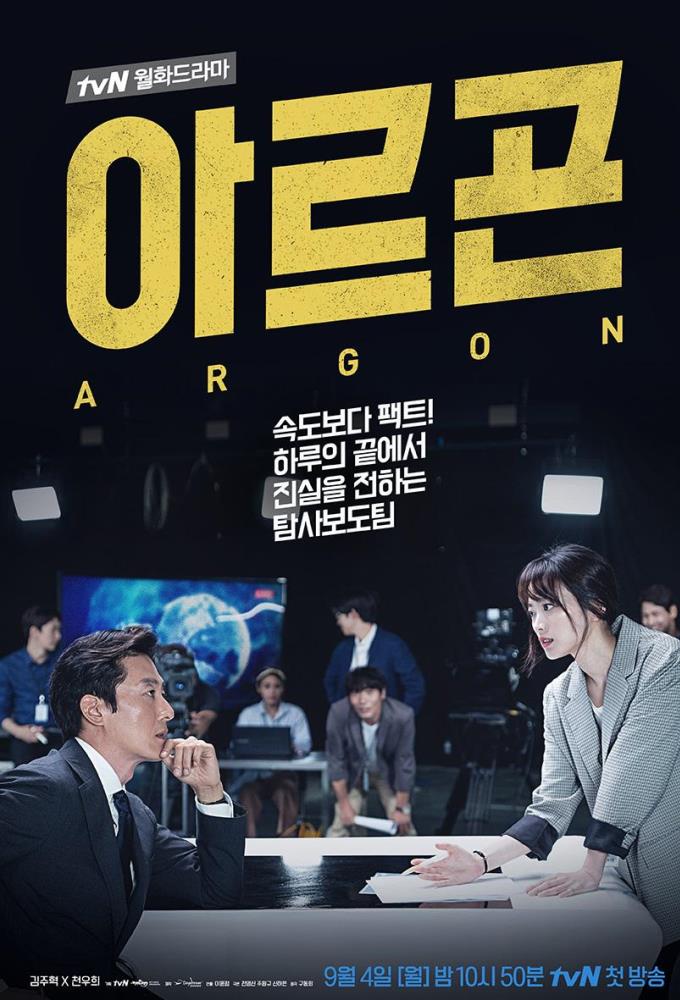 (2017)
Originaltitel: Argon
Skapad av:
Release: 2017-09-04
TV-bolag: tvN
Längd per avsnitt: 60 min min
Status: AVSLUTAD
Kim Baek-Jin (Kim Ju-Hyeok) is an anchor, reporter and leader of investigative reporting program Argon. He does not tolerate mistakes and relies only on facts. Meanwhile, Lee Yeon-Hwa (Chun Woo-Hee) is a contract reporter. 3 months before her contract is to end, she is assigned to work at “Argon.” She struggles to get a permanent job there as a reporter. Working with Kim Baek-Jin, she receives strict training and grows as a reporter. (TheTVDB)
Drama Spänning

3
Episode 3 2017-09-11
Episode 3
2017-09-11
Violence ensues at the broadcasting station when Yeon-hwa gets sent to meet with an unwelcome visitor, who insists on speaking with Baek-jin.

5
Episode 5 2017-09-18
Episode 5
2017-09-18
Its election season -- both at HBC and countrywide. For her next story, Yeon-hwa digs into the relationship between politicians and fortunetellers.