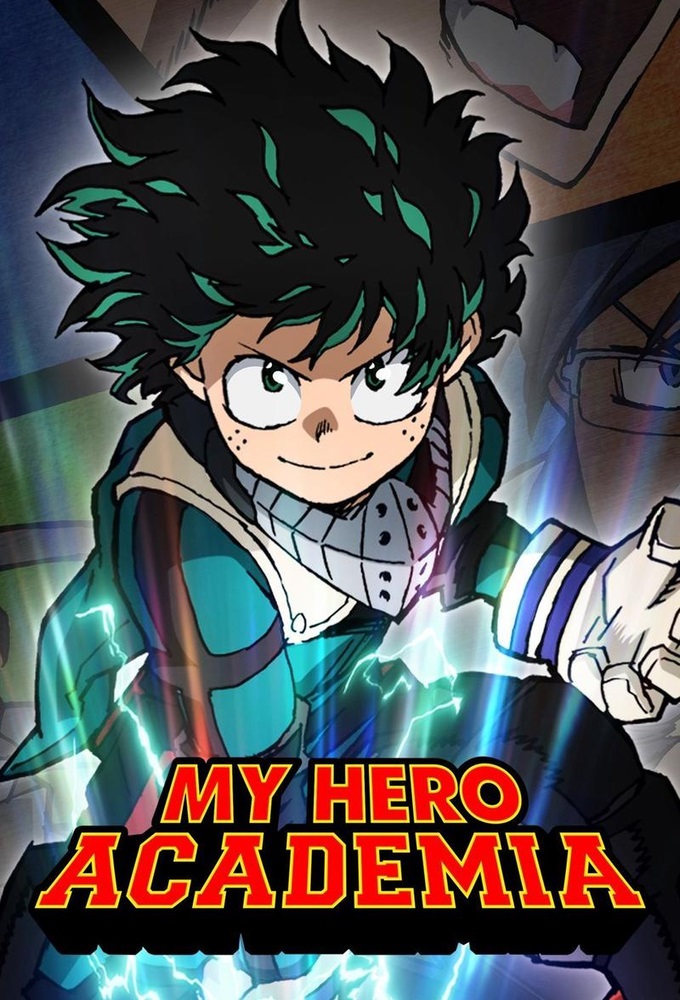 (2016)
Originaltitel: Boku no Hero Academia
Skapad av:
Release: 2016-04-03
TV-bolag: NTV (JP)
Längd per avsnitt: 25 min min
Status: AVSLUTAD
The appearance of quirks, newly discovered super powers, has been steadily increasing over the years, with 80 percent of humanity possessing various abilities from manipulation of elements to shapeshifting. This leaves the remainder of the world completely powerless, and Izuku Midoriya is one such individual. Since he was a child, the ambitious middle schooler has wanted nothing more than to be a hero. Izukus unfair fate leaves him admiring heroes and taking notes on them whenever he... (TheTVDB)
Action Äventyr Animerat Fantasy

4
Starting Line 2016-04-24
Starting Line
2016-04-24
At the entrance exam, Izuku falls behind as the other students defeat faux villains left and right. Will he be able to get enough points to pass?
Regisserat av:

7
Deku vs. Kacchan 2016-05-15
Deku vs. Kacchan
2016-05-15
In All Mights first class, Izuku will have to face off against Katsuki! As the hero team, can Izuku and Uraraka beat the villain team of Katsuki and Tenya?
Regisserat av:

11
Game Over 2016-06-12
Game Over
2016-06-12
The students fight for their lives against the Villains while Iida manages to escape with his friends help. Once knowing that Iida will warn the other teachers who will come to stop them, the Villains leader Tomura Shigaraki decides to kill Izuku and his friends just to hurt All Mights pride before...
Regisserat av: