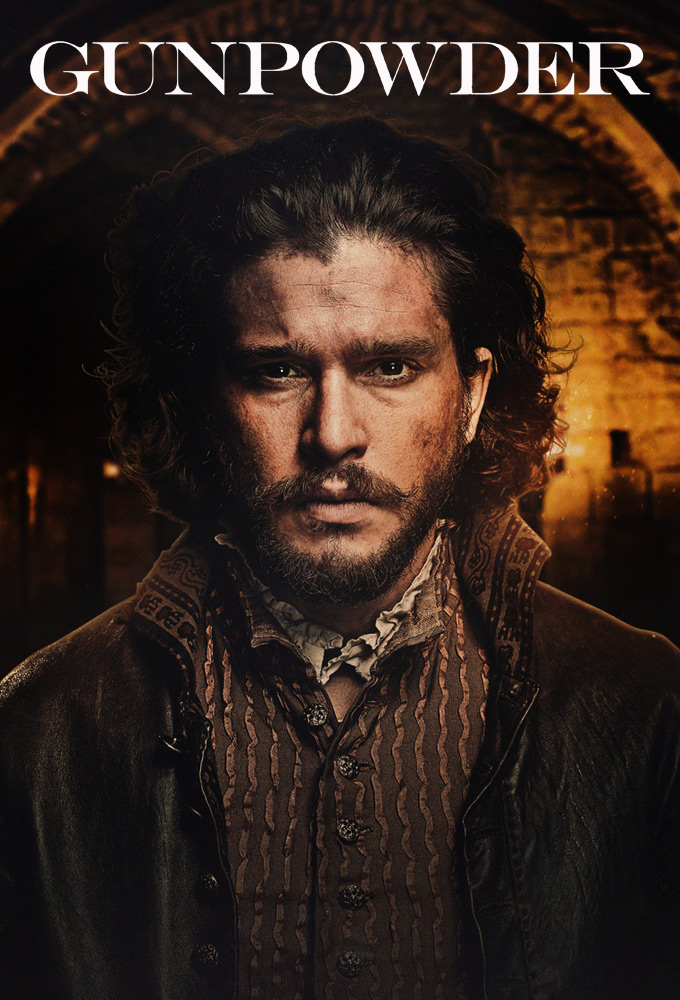 (2017)
Originaltitel: Gunpowder
Skapad av:
Release: 2017-10-21
TV-bolag: BBC One
Längd per avsnitt: 60 min min
Status: AVSLUTAD
England, 1603: Elizabeth I is dead, and King James of Scotland has taken the throne. With the country at war with Catholic Spain, English Catholics are persecuted, and priests caught saying Mass are put to death. Several failed attempts have already been made on the new king’s life. Now, deep in the heart of the Warwickshire countryside, a new plot is brewing—one that will become legend, leaving a mark on the country that will still be felt over 400 years later. (TheTVDB)
Drama Miniserie

2
Episode 2 2017-10-28
Episode 2
2017-10-28
As the kings network of spies close in on them, Catesby and Wintour attempt to raise an army for their plot across mainland Europe. Returning to London with Guy Fawkes in tow, Catesby assembles his gang of plotters for the first time. They know they must act fast, and the plan is formed - they will...
Regisserat av:

3
Episode 3 2017-11-04
Episode 3
2017-11-04
On the eve of the 5th of November, Catesby, Fawkes and the plotters load the tunnels below Parliament with barrels of gunpowder. Across the city, Father Garnet is under pressure to reveal Catesbys plot for the good of the Catholic faith. Will the priest be the one to betray Catesby at the eleventh...
Regisserat av: