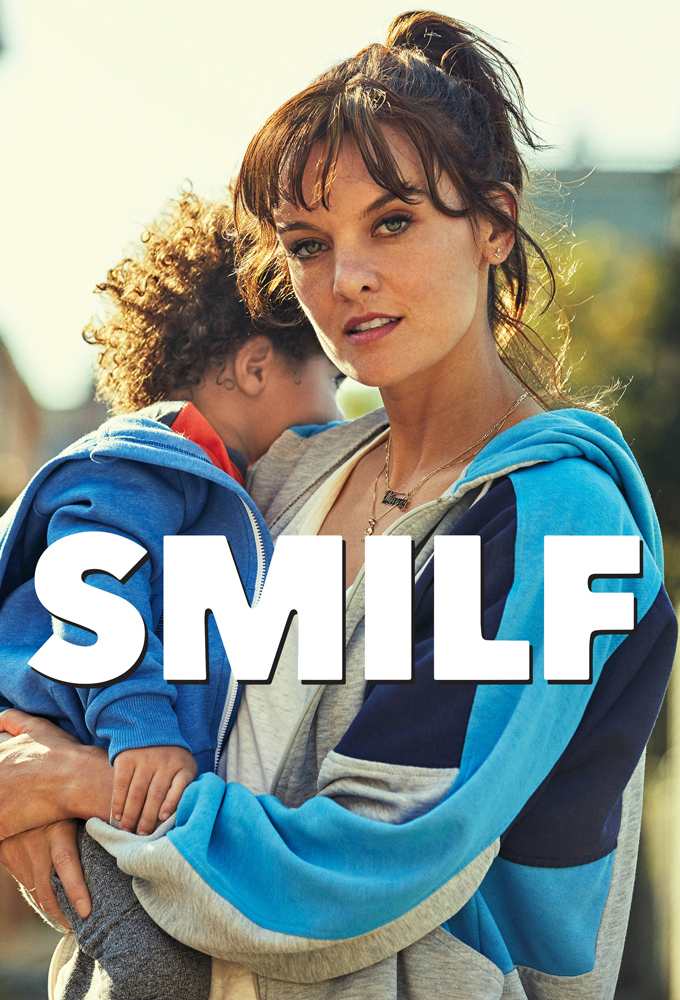 (2017)
Originaltitel: SMILF
Skapad av:
Release: 2017-11-05
TV-bolag: Showtime
Längd per avsnitt: 30 min min
Status: AVSLUTAD
Set in Boston, SMILF takes a raw look at a single, 20-something whose desires for relationships, sex, and a career collide with the realities of young, single motherhood. Created, written, directed, and starring Frankie Shaw, based on her short film of the same title. (TheTVDB)
Komedi

3
Half a Sheet Cake & a Blue-Raspberry... 2017-11-19
Half a Sheet Cake &...
2017-11-19
Nelson convinces Bridge to use visualization techniques to improve her life. Inspired by Elizas financial success with an online venture, a broke Bridge takes to Craigslist for some fast cash.

6
Chocolate Pudding & a Cooler of Gatorade 2017-12-10
Chocolate Pudding &...
2017-12-10
Having realized her true passion for basketball, Bridge tries out for the WNBA. A visit with Father Eddie leaves an at-the-edge Rafi at a crossroads. Tutu reconnects with someone from her past.