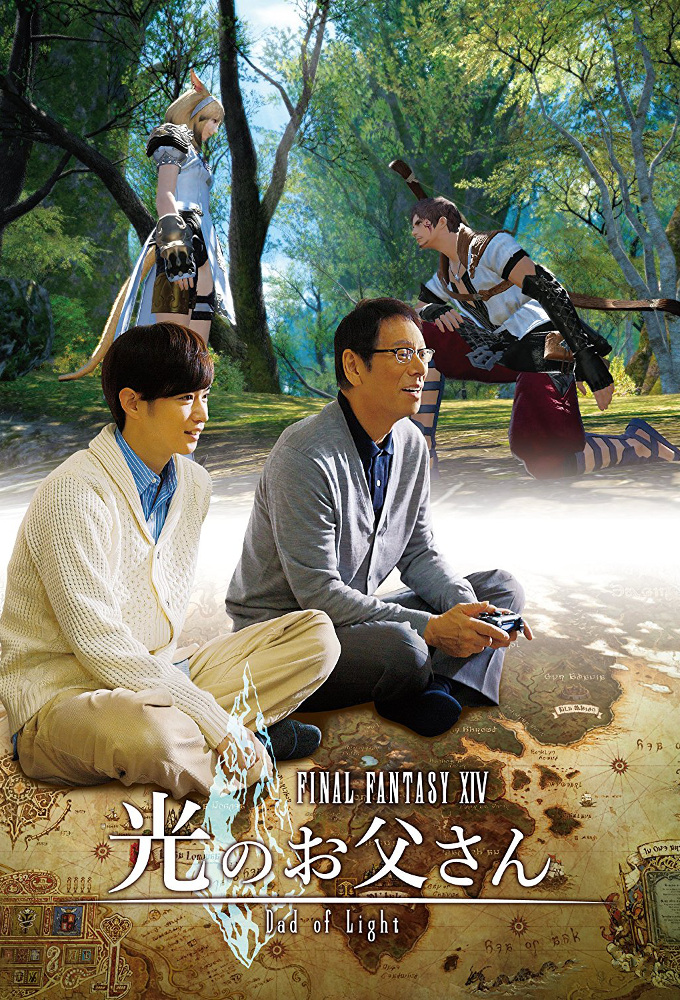 (2017)
Originaltitel: Fainaru fantajî XIV: Hikari no otousan
Skapad av:
Release: 2017-04-17
TV-bolag: Tokyo Broadcasting System
Längd per avsnitt: 30 min min
Status: AVSLUTAD
The original material for this drama comes from a blog titled Gekikakusatsu SS Nikki by a person named Mighty. In the drama, Inaba Hirotaro, who has only been devoted to working so far, is hooked on online games now that he is over 60. His son Mitsuo, a salaryman, is trying to reach out to his father as a game player in the same world of online games without disclosing his true identity. Despite the secrets that each of them have, father and son, start to understand each other and... (TheTVDB)
Drama Familj

SPECIAL
1
SÄSONG 1

1
A Relationship Reborn 2017-04-17
A Relationship...
2017-04-17
Years after their relationship grows stagnant, Akios father suddenly and mysteriously quits his job, and Akio hatches a plan to get him to open up.

2
Beginner Difficulties 2017-04-24
Beginner...
2017-04-24
At work, Akio looks into why so many female employees are quitting and finds a hint by helping his father with his in-game difficulties.

3
Never Give In 2017-05-01
Never Give In
2017-05-01
Trouble with a difficult client pushes Akio to the point of giving up. With his new keyboard, his father begins communicating in a surprising way.

6
The Truth 2017-05-22
The Truth
2017-05-22
Suspicious his dad has been hiding an illness, Akio looks through his things but finds nothing. The next day, hes given some surprising news.