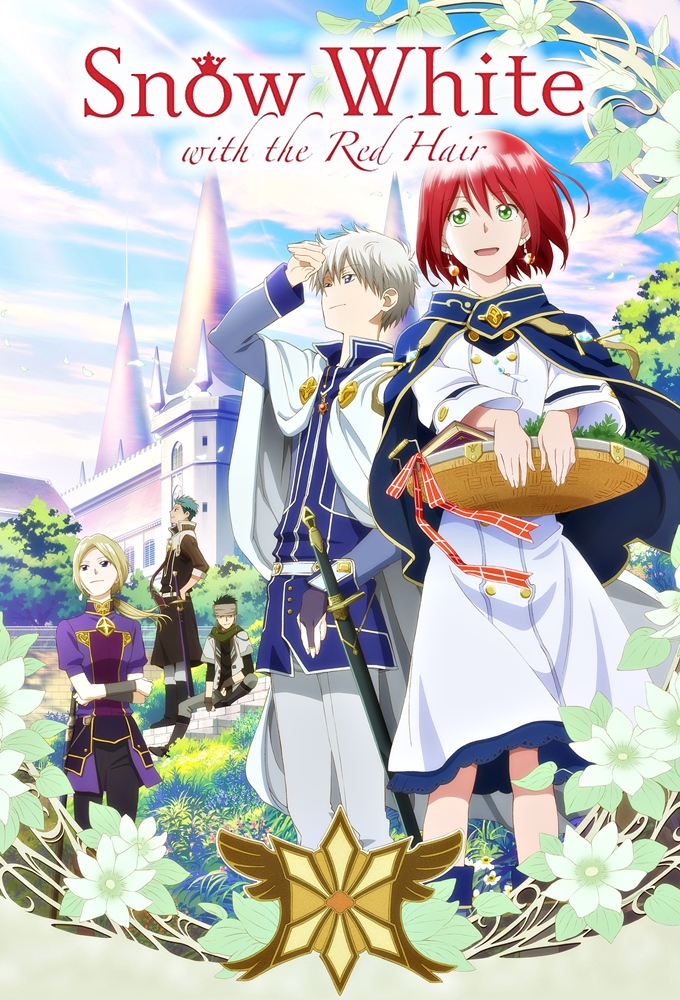 Snow White with the Red Hair

(2015)
Originaltitel: Akagami no Shirayuki-hime
Skapad av:
Release: 2015-07-07
TV-bolag: Tokyo MX
Längd per avsnitt: 25 min min
Status: AVSLUTAD
Shirayuki was a young girl born with unique apple-red hair. She meets a famous but foolish Prince Raji, who falls in love with her at first sight and orders her to become his concubine. With nowhere else to go, Shirayuki cuts her hair and escapes to a neighboring country. While traversing through the forests, she meets a young boy, Zen, who helps her after she boldly cures his wounds but then gets poisoned by an apple given to Shirayuki. Meanwhile, Prince Raji sends out henchmen to... (TheTVDB)
Animerat Kärlek

SPECIAL
1
SÄSONG 1

1
Encounter... Changing the Color of Fate 2015-07-07
Encounter......
2015-07-07
Prince Raj wants to make Shirayuki his concubine because of her red hair, so she leaves her home in Tanbarun and ends up with a fateful encounter.
Regisserat av:

3
Shining Time of Promise 2015-07-21
Shining Time of...
2015-07-21
As Shirayuki continues her studies, Zen overworks himself and discovers that not everyone approves of his relationship with Shirayuki.
Regisserat av:

8
Memories Draw Spirals of the Past… 2015-08-25
Memories Draw...
2015-08-25
Zen assigns Obi to be Shirayukis bodyguard and thinks back to when Mitsuhide first came to be his attendant.
Regisserat av:

10
Inexperienced Heart, Going Deeper 2015-09-08
Inexperienced...
2015-09-08
While at work in the castle, Shirayuki makes friends with a girl named Kiharu and her bird Popo. Can Shirayuki help save Popos family?
Regisserat av:

11
Encountering… A Color for the First... 2015-09-15
Encountering… A...
2015-09-15
After Zen and Shirayukis encounter at the watchtower, Shirayuki discovers feelings that she didnt know she had.
Regisserat av:

18
Many Different Resolves 2016-02-16
Many Different...
2016-02-16
Shirayuki and Kazuki are having a tough time on the ship as the princes and their entourage come up with a plan for rescuing them.

24
A Tale, My Path 2016-03-29
A Tale, My Path
2016-03-29
Sakaki visits Shirayuki on behalf of Prince Raj to inform her that she now dons the official title of friend of the crown of Tanbarun. Zen and Shirayuki share their feelings with one another.