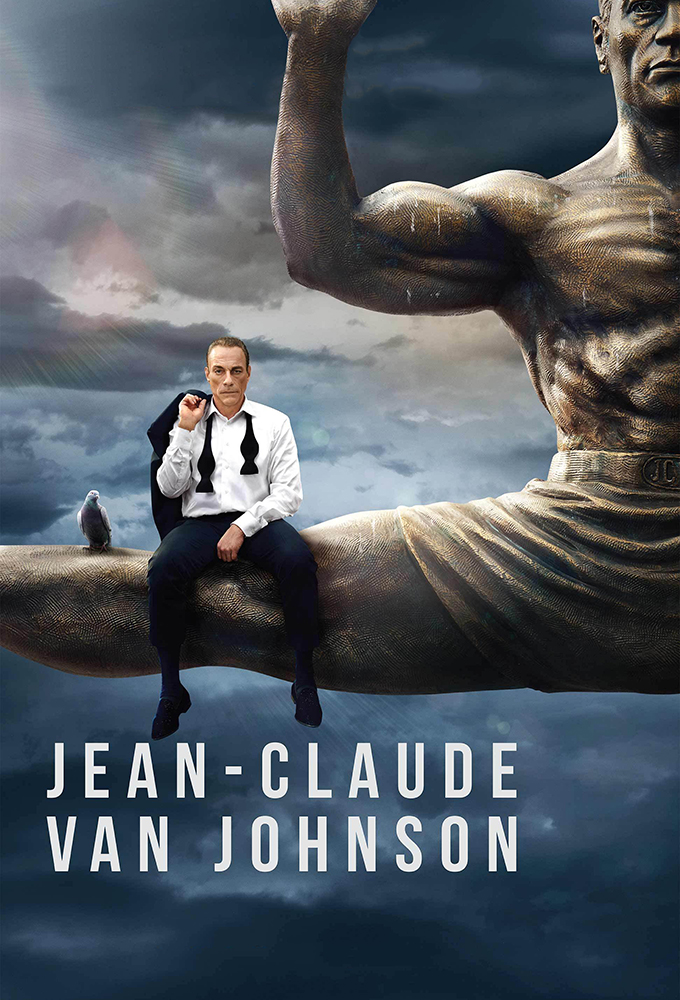 1
SÄSONG 1

1
Pilot 2016-08-19
Pilot
2016-08-19
Retired actor/international spy Jean-Claude Van Damme comes out of retirement to romantically pursue his former hairdresser/right-hand woman Vanessa. Despite his lingering self-doubt, JCVD quickly rediscovers his comfort zone both on set and in the field... for a day, at least. Then he messes...
Regisserat av:

2
What Year Do You Think This Is? 2017-12-15
What Year Do You...
2017-12-15
After Vanessa expresses her displeasure with his botched assignment, JCVD redoubles his efforts to complete the job, infiltrating a local street race... where he messes everything up. Again. Lucky for him, Vanessa has discovered that drugs are just the tip of the iceberg, and shes going to need all...
Regisserat av:

3
A Little Conversation About Trust 2017-12-15
A Little...
2017-12-15
Filip never asked for much. Just a good group of work friends – which he had – until his life was for some reason turned upside down by legendary actor, Jean-Claude Van Damme. Luckily, a group of mercenaries is just around the corner, about to offer Filip the chance to exact his revenge.
Regisserat av:

4
If Youre Lucky 2017-12-15
If Youre Lucky
2017-12-15
JCVD explores whether time is a flat circle or more of a tetrahedron. Filip becomes trapped in a nightmare of his own making. Vanessa confronts the pain of her past. Luis stares into the bleak wasteland of his soul.
Regisserat av:

5
Run to Nowhere 2017-12-15
Run to Nowhere
2017-12-15
Having destroyed what was left of his career and alienated everyone he cares about, JCVD retreats to his hometown to lick his wounds. But you can never really go home again – and some wounds are hard to reach with your tongue.
Regisserat av:

6
The World Still Needs Its Hero 2017-12-15
The World Still...
2017-12-15
JCVD journeys to a forgotten land where he must face a series of trials wrought from the psychic clay of his deepest fears. Also, he rents some movies.
Regisserat av: