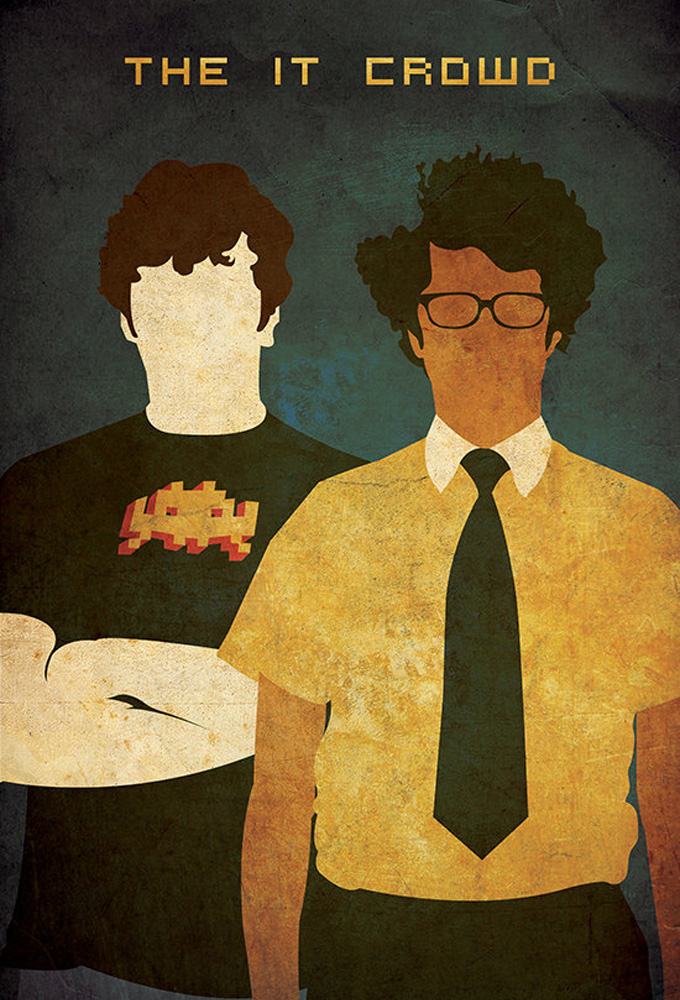 (2006)
Originaltitel: The IT Crowd
Release: 2006-02-03
TV-bolag: Channel 4
Längd per avsnitt: 30 min min
Status: AVSLUTAD
At the UK company Reynholm Industries, their corporate high-rise towers are full of beautiful happy people with one success story after another. Well, except for the employees that work in the basement - the IT department. While their colleagues work in fantastic surroundings, Jen, Roy and Moss must work below ground in the dark and horrible basement, struggling to make it into normal society. The IT Crowd is a playful and somewhat surreal look at what it's really like to be the... (TheTVDB)
Komedi

3
Fifty-Fifty 2006-02-10
Fifty-Fifty
2006-02-10
Love is in the air with the IT Crowd! Roy has a wonderful date, only to learn that he had something nasty on his forehead the whole time. Jen fancies the security guard and tries to impress him by guessing the answers to questions on classical music. Roys decides that women only like bastards. Jen...
Regisserat av:

4
The Red Door 2006-02-17
The Red Door
2006-02-17
Moss learns that his new mug with his name on it has gone missing. Roy refuses to allow Jen to see whats behind the red door for fear that Jen will upset the delicate eco-balance of the office. But Roy and Moss go on an IT call, leaving the Red Door unguarded.
Regisserat av:

5
The Haunting of Bill Crouse 2006-02-24
The Haunting of...
2006-02-24
Jen has a date with Bill Crouse, and finds him really offensive. To help Jen avoid contact with Bill, Moss resorts to extreme lying which leads everyone to believe that Jen is dead! Meanwhile, Roy finds himself trying to escape the attentions of one of the beautiful people on the 5th floor.
Regisserat av: