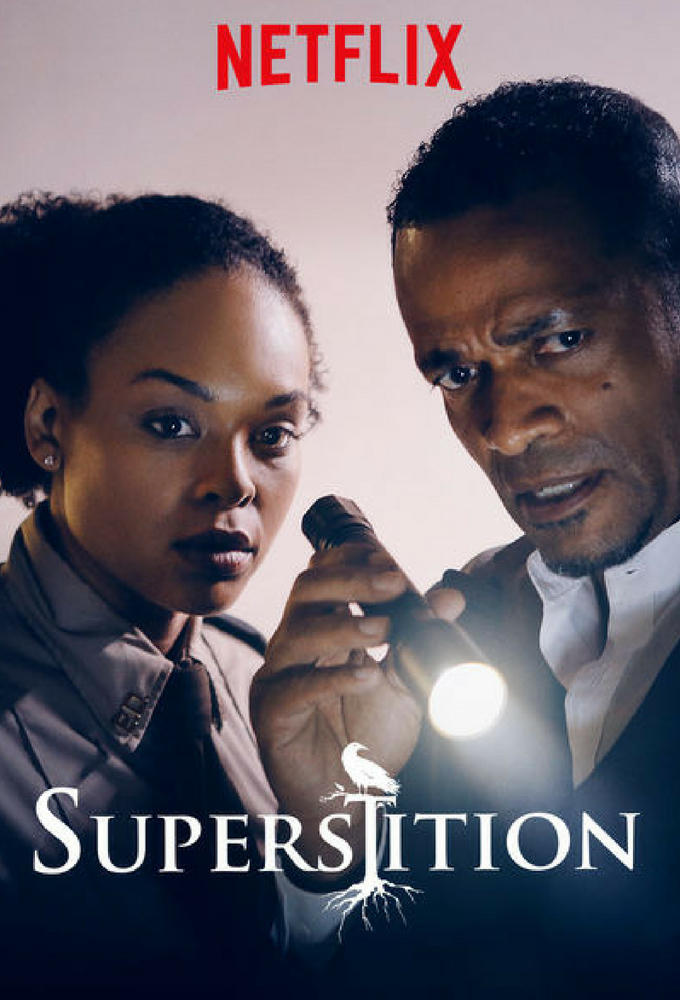 (2017)
Originaltitel: Superstition
Skapad av:
Release: 2017-10-20
TV-bolag: Syfy
Längd per avsnitt: 45 min min
Status: AVSLUTAD
La Rochelle is a town in the Deep South where superstitions, ancient myths, and legends are true. For generations, The Hastings Family have owned the only funeral home and graveyard in La Rochelle. In addition to providing services for all faiths, the family specialty is handling afterlife care for the unexplained deaths of folks at the hands of demonic Infernals, and other unworldly phenomenon that have long haunted the town. (TheTVDB)
Drama Fantasy Skräck

1
SÄSONG 1

1
Pilot 2017-10-20
Pilot
2017-10-20
Calvin Hastings returns home to reconnect with his family, but the reunion is cut short by a string of killings perpetrated by a supernatural villain only Calvin and his family can take down.
Regisserat av:

4
Through The Looking Glass 2017-11-10
Through The Looking...
2017-11-10
While on a case, May is sucked into a mysterious mirror world, and the Hastings must save her before the witch that inhabits the mirror world escapes using Mays comatose body as a free ride. Bea, Garvey and Tilly grapple with how to properly bury a known racist.
Regisserat av:

7
Echoes of My Mind 2017-12-14
Echoes of My Mind
2017-12-14
The Dredge captures Calvin and tries to torture him into releasing the evil demons imprisoned in his ring; the Dredges minions descend on the towns Founders Day Festival.
Regisserat av:

9
Uncle Bubba 2017-12-28
Uncle Bubba
2017-12-28
Garvey and Russ venture into an old house designed by a mysterious clock demon, who traps them inside; Calvin, Isaac, May and Beas cousin Leon try to free them.
Regisserat av:

10
Green-on-Blue 2018-01-04
Green-on-Blue
2018-01-04
Calvin tries to get to the bottom of some mysterious deaths at a nearby military base; Garvey and Russ experiment with her powers; Tilly buries her recently deceased mother.
Regisserat av: