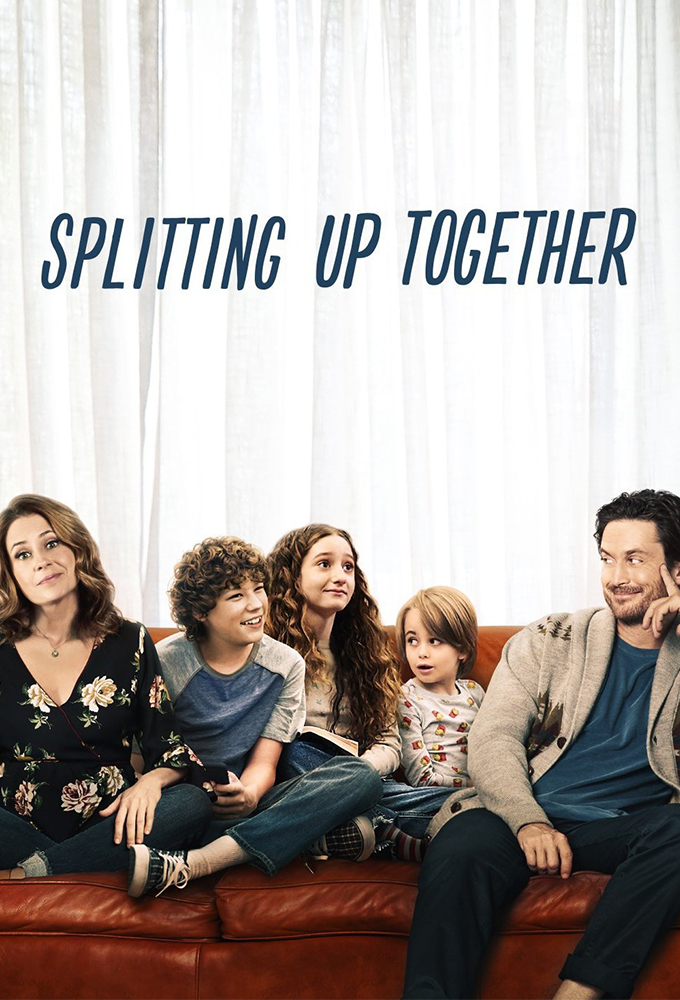 (2018)
Originaltitel: Splitting Up Together
Skapad av:
Release: 2018-03-27
TV-bolag: ABC (US)
Längd per avsnitt: 25 min min
Status: AVSLUTAD
A newly divorced couple embrace the unconventional as they co-parent their children by trading residences each week, alternating between one living in the main house and the other in the garage apartment as they also adjust to being single for the first time in years. This new arrangement will land Lena and Martin in some precarious situations, with Lena’s doting sensibilities and Type-A personality clashing with Martin’s laid-back temperament as they attempt to raise the kids... (TheTVDB)
Komedi

1
2
SÄSONG 1

1
Pilot 2018-03-27
Pilot
2018-03-27
After breaking the news to friends and family about the divorce, Lena has to deal with her son Masons growing pains; Martin secretly tries to atone for an oversight and surprise his ex-wife.
Regisserat av:

2
Devil May Care 2018-04-03
Devil May Care
2018-04-03
With this being Martins week in the house to take care of the kids, he discovers that daughter Mae finds his parenting skills to be lacking and a bit sexist. Meanwhile, Lenas time in the garage gives her time to contemplate going out with a handsome doctor and perhaps taking the relationship to the...
Regisserat av:

3
Street Meat 2018-04-10
Street Meat
2018-04-10
While Lena gets ready to go out on a first date with a handsome man whose sexual chemistry is undeniable, Martin finishes his dance lessons with Charlotte and attempts to try to fix things with Lena on what would have been their 16th wedding anniversary. Meanwhile, Mason is being teased by his...
Regisserat av:

4
Soups Jealous 2018-04-17
Soups Jealous
2018-04-17
Lena goes out on another date with Wes, whom shes smitten with; but unbeknownst to her, Martin is doing his best to take care of a sick Milo. Meanwhile, Maya makes a decision on whether or not to become a single mother.
Regisserat av:

5
Nevertheless… She Went Clubbing 2018-05-01
Nevertheless… She...
2018-05-01
Unbeknownst to Lena and to her dismay, Martin starts to date a familiar face and surprisingly begins to see the world of relationships through brand-new eyes. Meanwhile, Lena tries to show shes a good role model to her kids by proving a point and faking a night out on the town.
Regisserat av: