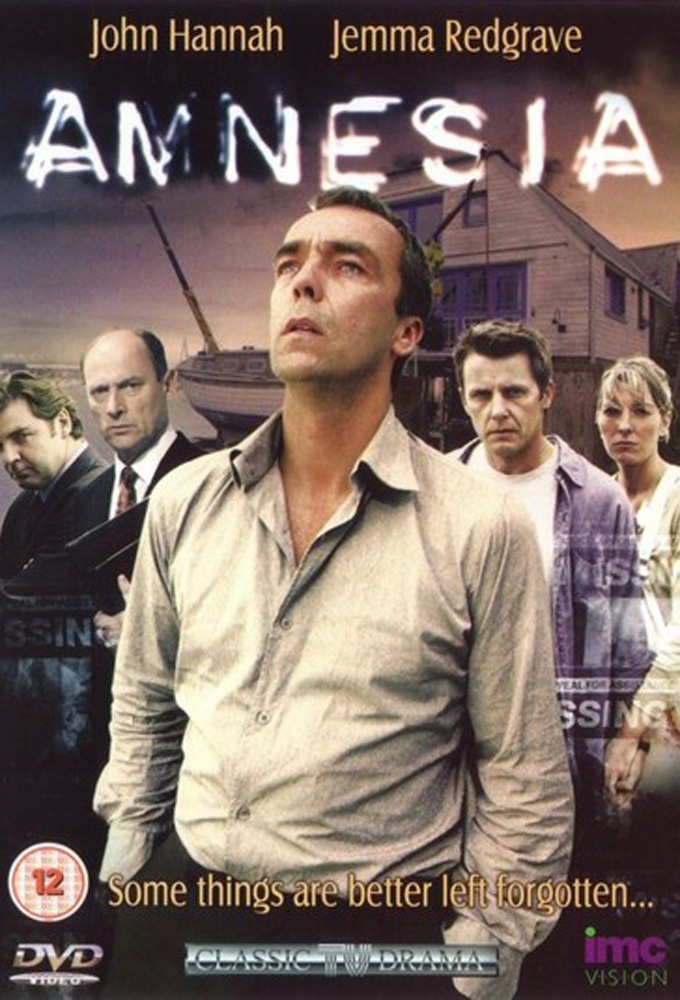 (2004)
Originaltitel: Amnesia
Skapad av:
Release: 2004-03-29
TV-bolag: ITV1
Längd per avsnitt: 75 min min
Status: AVSLUTAD
Detective Sergeant Mack Stones wife has been missing for three months. Consumed by grief, guilt and the overwhelming desire to uncover the truth behind her disappearance, he uses every waking moment to try and find her. As he begins to lose his grip on reality, he becomes obsessed with the unsolved mystery of a man, John Dean, who Stone is convinced has committed murder, staged his own disappearance, assumed a new identity, and is now feigning amnesia to cover up his own crime. His... (TheTVDB)
Drama Miniserie

1
SÄSONG 1

1
Part 1 2004-03-29
Part 1
2004-03-29
A policeman is left distraught after his wifes sudden disappearance on their fifth wedding anniversary, and strives tirelessly to discover what has happened to her.
Regisserat av:

2
Part 2 2004-03-30
Part 2
2004-03-30
While Stone doggedly continues his investigation into John Deans mysterious past, his colleagues harbour serious suspicions about his involvement in his wifes disappearance, but without proof, they can do no more than keep a discreet eye on him.
Regisserat av: