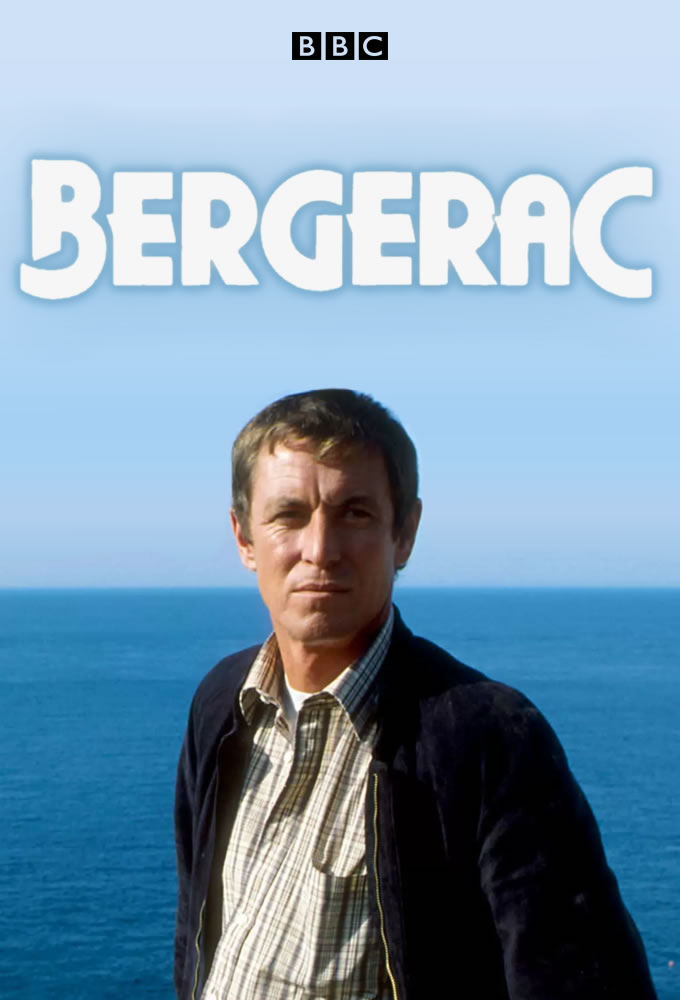 (1981)
Originaltitel: Bergerac
Skapad av:
Release: 1981-10-18
TV-bolag: BBC One
Längd per avsnitt: 60 min min
Status: AVSLUTAD
Jim Bergerac is a recovering alcoholic, divorcee and father of a young daughter. He is a detective sergeant with the Bureau des Étrangers, a department for non-residents in Jersey, Channel Islands. Jim likes doing things his own way, a true maverick, and consequently doesnt always carry out his investigations in the traditional manner, the way his boss, Barney Crozier, would have preferred. But Jims winsome grin and chirpy optimism always win through, and in a way he still manages to... (TheTVDB)
Action Äventyr Drama

1
2
3
4
5
6
7
8
9
SÄSONG 1

1
Picking it Up 1981-10-18
Picking it Up
1981-10-18
Jersey detective Jim Bergerac returns from a recuperation leave to find his job in jeopardy and a colleague killed during an investigation into international gun sales to South Africa.
Regisserat av:

3
Unlucky Dip 1981-11-01
Unlucky Dip
1981-11-01
Jim faces brutality charges when he investigates a drug courier who had his package lifted by a pickpocket, whos now trying to sell the stuff himself.
Regisserat av:

6
Portrait of Yesterday 1981-11-22
Portrait of...
1981-11-22
The prominent society wedding of her stepdaughter brings back a dark secret from a womans past.
Regisserat av:

10
The Hood and the Harlequin 1981-12-20
The Hood and the...
1981-12-20
Jim and Francine quarrel over her relationship with a charming Canadian photographer while Jim tries to keep track of a French gangsters girl friend, hoping she will lead him to the crook.
Regisserat av: