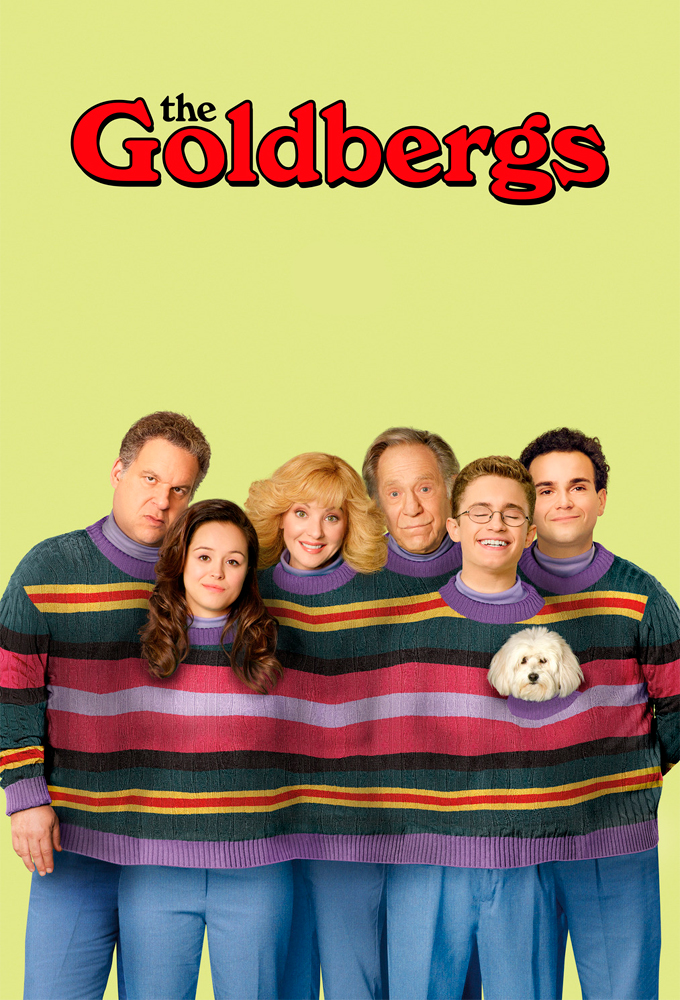 (2013)
Originaltitel: The Goldbergs
Release: 2013-09-24
TV-bolag: ABC
Längd per avsnitt: 30 min min
Status: AVSLUTAD
Nästa avsnitt sänds om 2 dagar | Säsong 7, Avsnitt 19
Before there were parenting blogs, trophies for showing up, and peanut allergies, there was a simpler time called the 80s. For geeky 11-year old Adam these were his wonder years and he faced them armed with a video camera to capture all the crazy. The Goldbergs are a loving family like any other, just with a lot more yelling. (TheTVDB)
Komedi

3
Mini Murray 2013-10-08
Mini Murray
2013-10-08
Barry goes to work at the furniture store with Murray; Adam and Pops struggle to keep the fact that they watched an R-rated movie from Beverly.
Regisserat av:

12
Youre Under Foot 2014-01-07
Youre Under Foot
2014-01-07
When Pops goes to the shop with Murray for a little change of pace, he criticizes how Murray does business; Erica and Barry give Adam advice when Dana Caldwell comes over to study.
Regisserat av:

15
Muscles Mirsky 2014-02-04
Muscles Mirsky
2014-02-04
Erica breaks a trust agreement with Beverly when she sneaks out to a college party and ends up needing her mother to rescue her; Barry tells Adam that men and women cant be friends.

22
A Wrestler Named Goldberg 2014-05-06
A Wrestler Named...
2014-05-06
When Beverly learns that Barry lied about joining the wrestling team, she takes matters into her own hands; Erica flakes on a promise to take Adam to the premiere of Return of the Jedi.