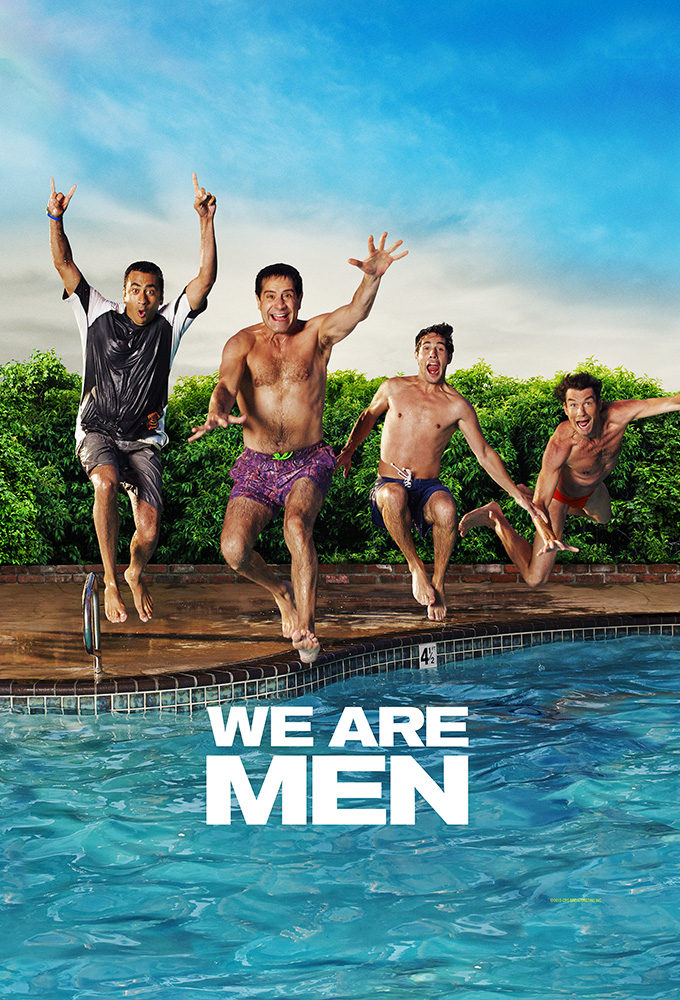 (2013)
Originaltitel: We Are Men
Release: 2013-09-30
TV-bolag: CBS
Längd per avsnitt: 30 min min
Status: AVSLUTAD
A single-camera comedy about four single guys living in a short-term apartment complex who unexpectedly find camaraderie over their many missteps in love. Carter, the youngest and most recent addition to the group, moved in after being ditched at the altar mid-ceremony, and is now eager to re-enter the dating scene and get on with his life with some guidance from his “band of brothers”: Frank Russo, a successful middle-aged clothing manufacturer and four-time divorcée who still... (TheTVDB)
Komedi

1
SÄSONG 1

1
Pilot 2013-09-30
Pilot
2013-09-30
Frank, Stuart and Gil try to help Carter move on from his broken engagement by taking him on a boys night out and encouraging him to rejoin the dating scene.
Regisserat av:

2
We Are Dognappers 2013-10-07
We Are Dognappers
2013-10-07
When Stuarts ex-wife offers to settle their divorce if she can keep his beloved dog, he takes matters into his own hands and enlists the guys help to get the dog back. Meanwhile, Gil is disappointed when his daughter cancels their camping trip, and Carter asks Frank permission to date his daughter.
Regisserat av: