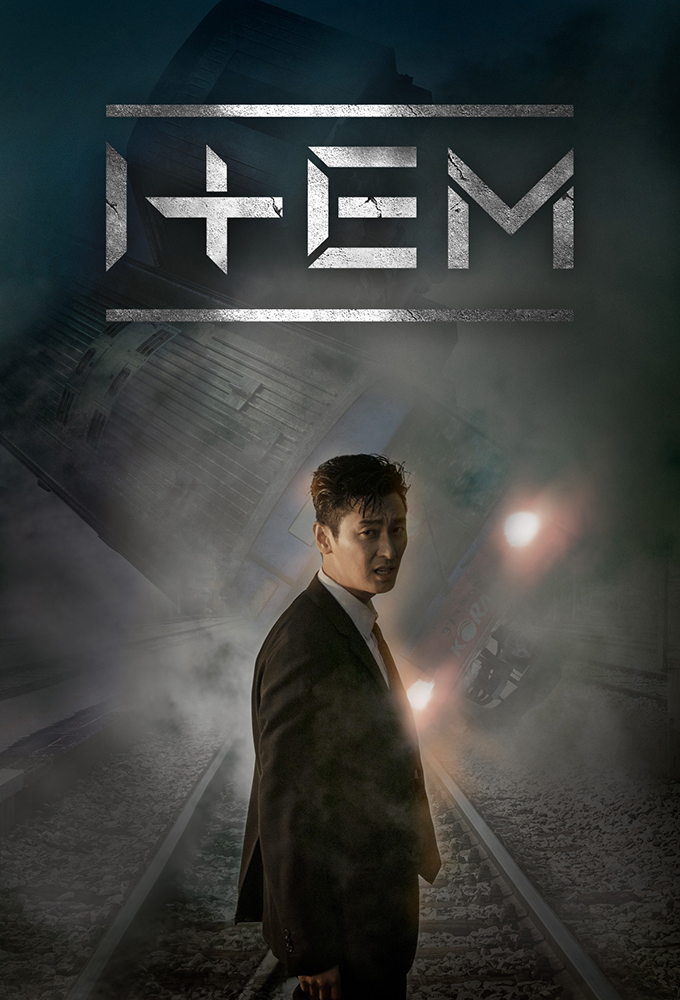 1
SÄSONG 1

1
Gon Encounters an Unusual Event 2019-02-11
Gon Encounters an...
2019-02-11
Kang Gon, a prosecutor who cant stand injustice, is enjoying his last day at his office in Cheonghae. On his walk, he comes across a man with incredible power and an unusual bracelet. The two get into a fight, but in the process, the man is killed. Meanwhile, So Young and her team are conducting a...
Regisserat av:

3
First Encounter 2019-02-12
First Encounter
2019-02-12
On the day Gon and Da In move into the new place, they first meet So Young. But Gon thinks he has met her before. And on the day Gon returns to the prosecutors office, he receives a phone call from Se Hwang. In the meantime, a prosecutor is murdered, and So Young finds something at the crime scene.

4
Home Alone 2019-02-12
Home Alone
2019-02-12
After being told that Da In is home alone, Gon leaves his office to see Da In. Also, Gon meets with a witness who claims that he saw a light at the crime scene when the chief prosecutor was murdered. Thinking that some supernatural power could have caused the murder, Gon starts to look for Ko Dae...

5
Unexplainable Oddities 2019-02-18
Unexplainable...
2019-02-18
After inspecting evidence for the second murder case, there are too many unexplainable oddities. To find out more, Gon heads over to see So Young, the first witness of Kim Jae Jun. Meanwhile, Da In discovers that the bracelet she found has special powers.

6
Ko Dae Soo in a Vegetative State 2019-02-18
Ko Dae Soo in a...
2019-02-18
Gon witnesses Dae Soo being attacked by Dong Young. Gon tries to stop Dong Young, but Dong Young is too strong to fight against. In the end, Dae Soo goes into a vegetative state. Meanwhile, Se Hwang continues trying to take the bracelet away from Da In. When Da In is home alone, one of Se Hwangs...

8
Restricted Phone Number 2019-02-19
Restricted Phone...
2019-02-19
Gon is informed of a murder that is about to take place from a nameless source. When he arrives at the scene, he sees a man dying. So Young joins Gon to find evidence, and they realize that theres another person in hiding at the scene. Meanwhile, Se Hwang asks Yu Ra to carry out a mission for him.

9
The Room of Wishes 2019-02-25
The Room of Wishes
2019-02-25
After So Young convinces Gon to help each other to solve the case, Gon shows the magical bracelet he has acquired. With the newly found evidence, Gon visits an inmate who is well acquainted with Ko Dae Soo, the previous owner of the bracelet. From him, Gon hears about this mysterious Room of Wishes...

12
Se Hwang’s Trap 2019-02-26
Se Hwang’s Trap
2019-02-26
Gon finds out that Yu Na is carrying out a secret investigation into him. Meanwhile, Se Hwang schemes to set up Gon. Se Hwang orders his secretary Yoo Chul Jo to go to the police station and provoke Gon. As Se Hwang plans, Gon is worked up and goes after Chul Jo. However, Chul Jo suddenly tries to...

14
Flower Bouquet from Se Hwang 2019-03-04
Flower Bouquet from...
2019-03-04
At Da Ins funeral, So Young and Gon find out that Da In is disappearing in her photo as time passes by. Se Hwang sends a flower bouquet to the funeral, and that makes Gon go furious. Meanwhile, Yu Ra finds out So Young is with the female witness who saw Yoo Chul Jo dying and tries to take her away...

15
Da In Is Alive 2019-03-05
Da In Is Alive
2019-03-05
Gon starts to believe that Da In is still alive after he sees the lyrics that Da In has left and her melodica playing itself. Meanwhile, Deputy Prosecutor Lee Han Gil visits the funeral hall to see Gon. When he goes to the toilet alone, he gets murdered by Dong Young. And Gon and the police try to...

16
Gon Runs Away 2019-03-05
Gon Runs Away
2019-03-05
So Young meets Bang Hak Jae and asks him to help Gon go into the Room of Wishes. And Bang Hak Jae asks for something in return. Meanwhile, Da Ins coffin is carried to the crematorium. In the middle of cremation, the police notice that something is off and Gon runs away as he planned.

17
Help From a Mysterious Man 2019-03-11
Help From a...
2019-03-11
After running away from the police, Gon gets into an accident caused by Se Hwang. Se Hwang takes the bracelet away from gravely injured Gon and leaves him to die. Suddenly, a passerby saves Gon with another special item that has the power to heal injuries. Thanks to the mysterious mans help, Gon is...

18
Man with a Scar 2019-03-11
Man with a Scar
2019-03-11
As Gon asked, Gu Cheol is trying to find a man who drives a delivery truck and has a scar on his hand. He finally finds a man who looks like the one he and Gon are looking for. Meanwhile, So Young hears about what was found from Detective Jungs body, and she becomes certain who the murderer is.

20
Prison Break 2019-03-12
Prison Break
2019-03-12
As Se Hwang orders, Yu Na gives away the information that Se Hwang plans to transfer Bang Hak Jae to another prison. Without knowing that its Se Hwangs scheme, So Young, Gu Cheol, and Gon plan to help Hak Jae break out of prison in the middle of transferring. Meanwhile, Se Hwang recalls his old...

21
Gon Reveals His Past 2019-03-18
Gon Reveals His Past
2019-03-18
After helping Hak Jae escaping from prison, Gon, Gu Cheol and So Young takes him to the church. So Young tells Dong Young to stop taking revenge on those involved in the Dream World tragedy. Gon reveals his relationship with Kim Tae Goo. Meanwhile, Se Hwang orders Yu Na to announce to the public...

22
Se Hwang Visits Dong Young 2019-03-18
Se Hwang Visits...
2019-03-18
Hak Jae takes So Young to the place where he hid his items. The moment they finally retrieve the items, Se Hwangs subordinates show up and threaten So Young and Hak Jae. Meanwhile, Se Hwang comes to visit the church and attacks Dong Young. He tries to fight back with his item. Then, Gon comes to...

23
It Makes You Invisible 2019-03-19
It Makes You...
2019-03-19
Seung Mok comes to the church and helps Gon and Gu Cheol move Dong Young to a safe place. Hak Jae sneaks into Se Hwangs house and tries to steal Se Hwangs items. Meanwhile, Se Hwang, who has teleported to another world, meets his father who is disguised in a clown. They talk about Se Hwangs mother...

24
Yu Na Disappointed in Her Father 2019-03-19
Yu Na Disappointed...
2019-03-19
Gon and So Young find out that each item has a unique pattern on it, and the patterns remind Gon of what he saw in Dream World when he was young. Meanwhile, Yu Na vents out her resentment towards her father after realizing that he made a deal with Se Hwang when she fell ill.

25
Gu Cheol’s Decision 2019-03-25
Gu Cheol’s...
2019-03-25
Gon finds out that the subway crash he saw in his dreams will soon take place in real life and Se Hwang will be behind it. Gon suggests that he should distract Se Hwang and put him in the public eye. So Young says she will talk to her supervisor in the police. Meanwhile, Gu Cheol decides to...

28
Disaster at Jeongjin Station 2019-03-26
Disaster at...
2019-03-26
So Young, who was forced to take a whiff of Se Hwangs item, starts to act under Se Hwangs control. Meanwhile, just like what Gon saw in his dreams, a train starts to run in the opposite direction at a fast speed to Jeongjin Station. Gon heads to the train station and tries to stop the train crash...

29
Bomb in the Train 2019-04-01
Bomb in the Train
2019-04-01
Gon, So Young, Hak Jae, and Seung Mok evacuate the passengers from the train. When they think theres no one left in the train, they find Se Yeon with a bomb on her body. They soon realize the bomb cannot be disarmed by force. Gon decides to stay with Se Yeon until the very last moment. Meanwhile,...

30
Se Hwang Going Mad 2019-04-01
Se Hwang Going Mad
2019-04-01
As Yu Na planned, what Se Hwang has done thus far is revealed to the public. And Yu Na gets the arrest warrant for Se Hwang and heads over to his residence. When she arrives there, she finds Mr. Chas dead body and a key in his hand. Meanwhile, Se Hwang goes out of control and heads to where Gon is...

32
Execute Jo Se Hwang! 2019-04-02
Execute Jo Se Hwang!
2019-04-02
A trial of Se Hwang begins. Yu Na attends the trial as the prosecutor in charge and demands that Se Hwang should face the death penalty. Se Hwang apologizes for what he has committed so far and tries to defend himself, saying that he was abused by his father as a child. Meanwhile, Da In and So...