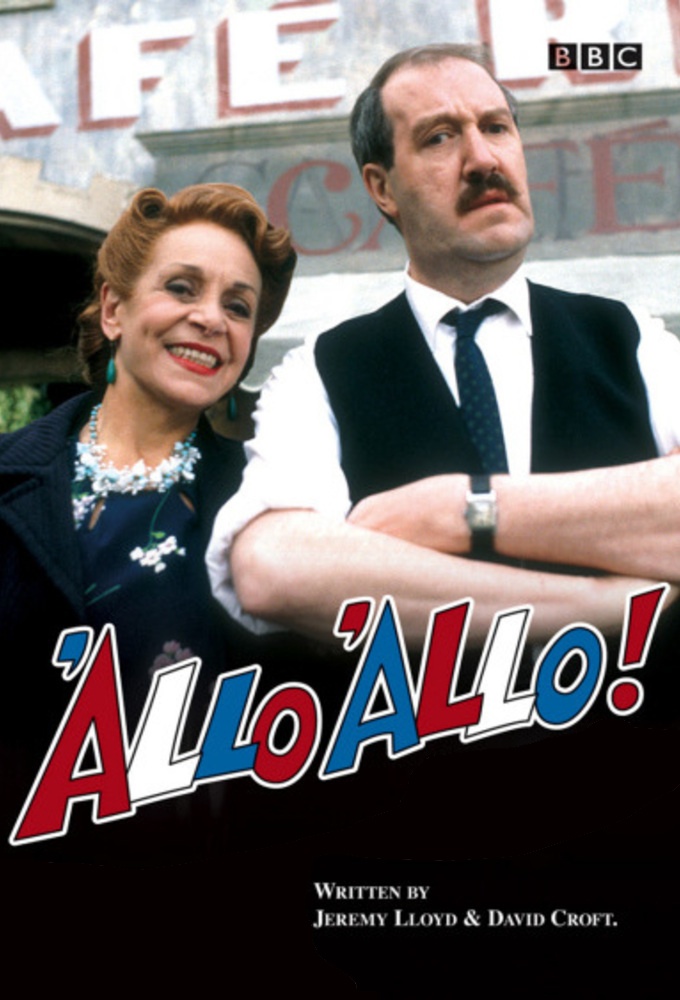 SPECIAL
1
2
3
4
5
6
7
8
9
SÄSONG 1

1
The British Are Coming 1982-12-30
The British Are...
1982-12-30
Rene Artois, owner of the Cafe Rene in the French village of Nouvion, is persuaded by the Resistance to hide two escaping British airmen. Rene is more interested in having affairs with his two waitresses without his wife finding out. The Germans, who are occupying the village, are busy looting...
Regisserat av:

3
Pigeon Post 1984-09-21
Pigeon Post
1984-09-21
After the Colonel´s and the Captain´s uniforms are borrowed by the British airmen, and later burned, they will have to send for replacement uniforms. Supplied by Michelle are carrier pigeons, which madame Edith accidentally cooks and serves to Herr Otto Flick.
Regisserat av:

4
Saville Row to the Rescue 1984-09-28
Saville Row to the...
1984-09-28
The Colonel & the Captain and Herr Flick are all disguised as onion sellers while the German uniforms are being remade by the Jewish tailors of London. Michelle delivers a bottle of nitro-glycerin disguised as a bottle of Bols Gin to hide in the Cafe until they come to fetch it that night to blow...
Regisserat av:

5
The Execution 1984-10-05
The Execution
1984-10-05
Hans mistakes the nitro for gin and accidentally blows up the railway himself! The Germans capture René, Yvette, and the peasant-disguised Colonel and Captain. As Helga, LeClerc, and Edith each attempt to help the gang escape, General Von Klinkerhoffen arrives in town and demands that the only...
Regisserat av:

6
The Funeral 1984-10-12
The Funeral
1984-10-12
René tries to go back to his normal life after his fake execution, posing as his twin brother, also named René, but the funeral arrangements are difficult when there is no body, Monsieur LeClerc is cheaper than the regular priest and the coffin is filled with anti-tank bombs.
Regisserat av:

7
Red Nick's Colonel 1984-10-19
Red Nick's Colonel
1984-10-19
The communist résistance wants to make a martyr out of the dead René, and kidnaps the Colonel and the Captain at the Captains birthday party. To make matters worse, they offer them on a platter to René´s twin brother René, so that he can shoot them.
Regisserat av:

8
The Dance of the Hitler Youth 1984-10-26
The Dance of the...
1984-10-26
The Colonels birthday party becomes a perfect opportunity for getting the real painting of the Fallen Madonna with the Big Boobies back from Herr Flick of the Gestapo, and substituting it with the forgery that was made earlier. The plan is to not invite Herr Flick but make sure that he hears about...
Regisserat av: