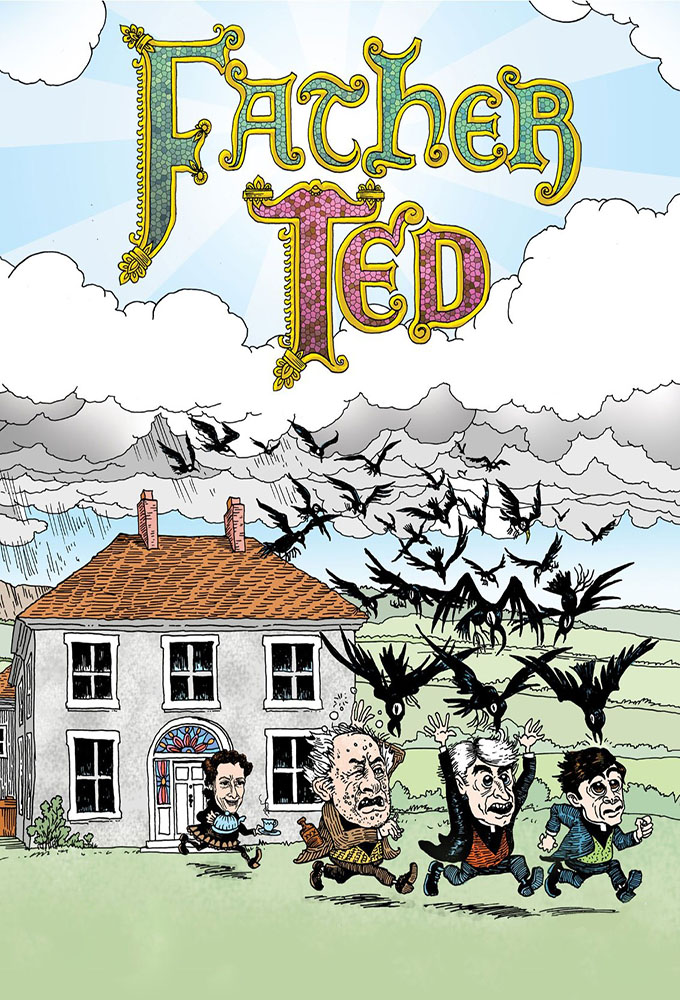 SPECIAL
1
2
3
SÄSONG 1

1
Good Luck, Father Ted 1995-04-21
Good Luck, Father...
1995-04-21
Ted gets his chance to be on television when he is to be interviewed by a magazine programme. FunLand, the most pathetic travelling fair ever invented has come to Craggy Island, and while Ted is distracted with Father Jack, Dougal seizes his moment of glory.
Regisserat av:

3
The Passion Of Saint Tibulus 1995-05-05
The Passion Of...
1995-05-05
The local cinema is showing a film condemned by the Church for its X-rated and blasphemous depiction of Saint Tibulus. Bishop Brennan is dispatched to the island to ensure that the priests take to the picket line in protest. But their defiant stand only gives more publicity to the film, which...
Regisserat av:

4
Competition Time 1995-05-12
Competition Time
1995-05-12
Its the All Priests Stars In Their Eyes Lookalike Competition, and showbusiness personality Henry Sellers, a former alcoholic, has landed on the island to host the festivities. Father Ted is determined not to go as Mother Teresa again, but he isnt the only one to think of Elvis. It takes some...
Regisserat av:

5
And God Created Woman 1995-05-19
And God Created...
1995-05-19
A blossoming romance between Father Ted and steamy novelist Polly Clarke threatens to come between a group of visiting nuns and their favourite priest. Among other things, Ted delivers an entire service in a matter of milliseconds, and becomes involved in an armed robbery.
Regisserat av:

6
Grant Unto Him Eternal Rest 1995-05-26
Grant Unto Him...
1995-05-26
After an overdose of floor polish, Father Jack finally bites the dust, and Ted and Dougal discover theyve been left a fortune in his will...providing they allay his fear of being buried alive by spending a night with him in the crypt.
Regisserat av: