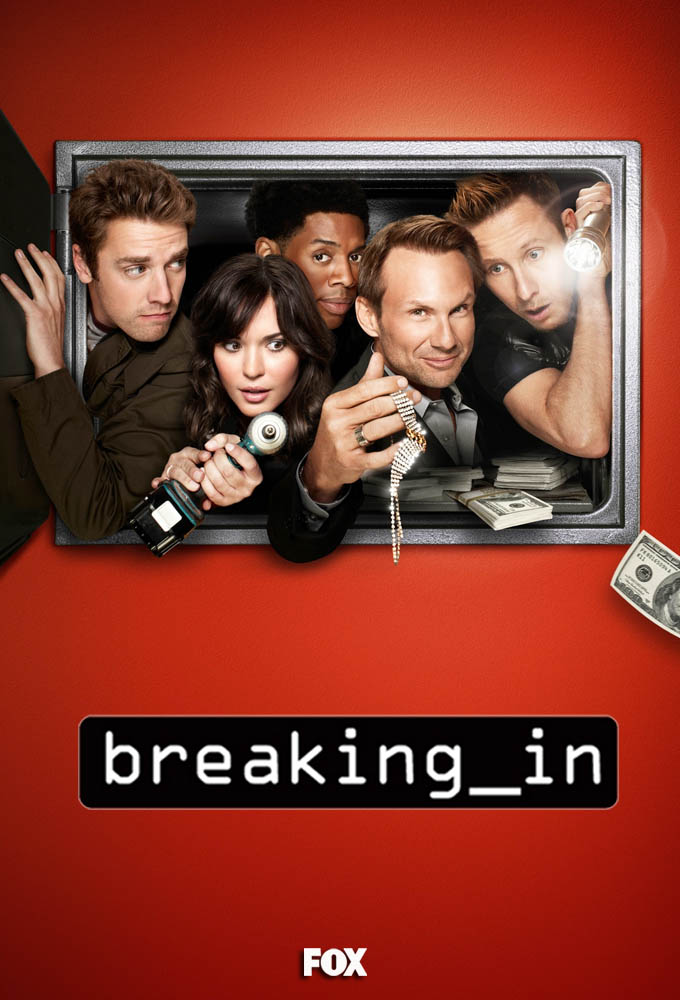 (2011)
Originaltitel: Breaking In
Skapad av: Adam F. Goldberg / Seth Gordon
Release: 2011-04-06
TV-bolag: FOX
Längd per avsnitt: 30 min min
Status: AVSLUTAD
Contra Security, corporate Americas answer to The A-Team, gives clients a sense of security by first ripping it away. The firm is led by OZ, a larger-than-life head honcho who is a man of mystery and master of manipulation. The members of the odd squad include alluring bad girl Melanie, who is in charge of lock-picking, safe-cracking and heart-breaking; and Cash, a fanboy who specializes in strategy, logistics and office pranks only a mad genius could think up. Ozs newest recruit,... (TheTVDB)
Action Komedi Crime

2
Tis Better to Have Loved and Flossed 2011-04-13
Tis Better to Have...
2011-04-13
Oz asks his team to break into an old ladys home to rob her safe, but her security system turns out to be quite challenging. In the meantime, Camerons work fascinates a dentist.
Regisserat av:

3
Need for Speed 2011-04-20
Need for Speed
2011-04-20
When Ozs childhood friend, race-car champion Jimmie Johnson, asks him for help investigating a security leak on the speedway, Cameron is forced to recruit his least-favorite person to the team: car enthusiast Dutch. Meanwhile, Cash thinks the office photocopier has come to life.
Regisserat av:

5
Take the Movie and Run 2011-05-04
Take the Movie and...
2011-05-04
Oz and the team are assigned to protect the sequel to “The Goonies” at a comic-con convention and suspicion turns to fanboy Cash when the only copy of the movie goes missing.
Regisserat av:

6
Breaking Out 2011-05-11
Breaking Out
2011-05-11
After the team botches their assignment to secure KFCs Secret Recipe, Oz orchestrates a team-building exercise, trapping the gang inside Contra Security over the weekend, forcing them to work together in order to break out of the office. Camerons feelings for Melanie come out in the open, and Cash...
Regisserat av: