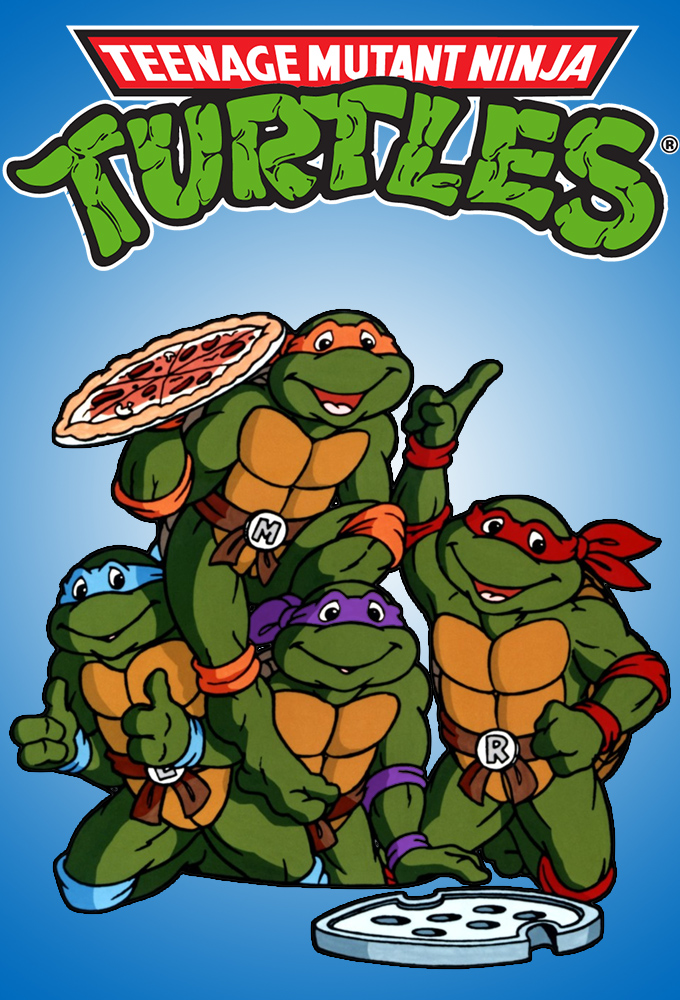 (1987)
Originaltitel: Teenage Mutant Ninja Turtles
Skapad av: Kevin Eastman / Peter Laird
Release: 1987-12-01
TV-bolag: Syndicated
Längd per avsnitt: 30 min min
Status: AVSLUTAD
Distinctly different from the grim, violent, and dark MIRAGE comics from which the Turtles originated, this version of the franchise has remained the longest running, and most memorable, version of all. Four turtles fall into the sewers and are befriended by Hamato Yoshi a Japanese man sent to New York who was forced to live in the sewers. One day he sees a strange green glow which transforms the four turtles into human-like creatures. Hamato (now Master Splinter) changes into a giant... (TheTVDB)
Animerat Barn

SPECIAL
1
2
3
4
5
6
7
8
9
10
SÄSONG 1

1
Turtle Tracks 1987-12-10
Turtle Tracks
1987-12-10
April ONeil, ace reporter for Channel 6, investigates recent break-ins, allegedly by Ninjas, which have resulted in the thefts of numerous technologies, however, a chance encounter with a gang of theives soon leads her to a bigger story when she is saved from the criminals by four Ninja trained,...
Regisserat av:

3
A Thing About Rats 1987-12-12
A Thing About Rats
1987-12-12
Baxter Stockman, a mad scientist, is showing an exterminator his new invention a rat catching robot called Mousers. The exterminator rejects Stockmans offer however shredder decides to buy his inventions. He unleashes a dozen mousers in the sewers they are easily defeated by splinter but is no...
Regisserat av:

4
Hot-Rodding Teenagers from Dimension X 1987-12-13
Hot-Rodding...
1987-12-13
Shredder experiments with the Inter-Dimensional Portal, hoping to contact Krangs Rock Soldiers and prepare an invasion of Earth, but a group of fun-loving aliens called the Neutrionos, renegades in Krangs dimension, take advantage of the Portals opening and use it to arrive on Earth, and they...
Regisserat av:

5
Shredder & Splintered 1987-12-14
Shredder &...
1987-12-14
As Shredder lures Splinter into The Technodrome, this time with the promise that a weapon in his possession can restore the sensei to human form, the Turtles confront a giant-sized Krang, now in a new body, in the heart of New York City, the final battle results in Splinter sacrificing his chance...
Regisserat av: