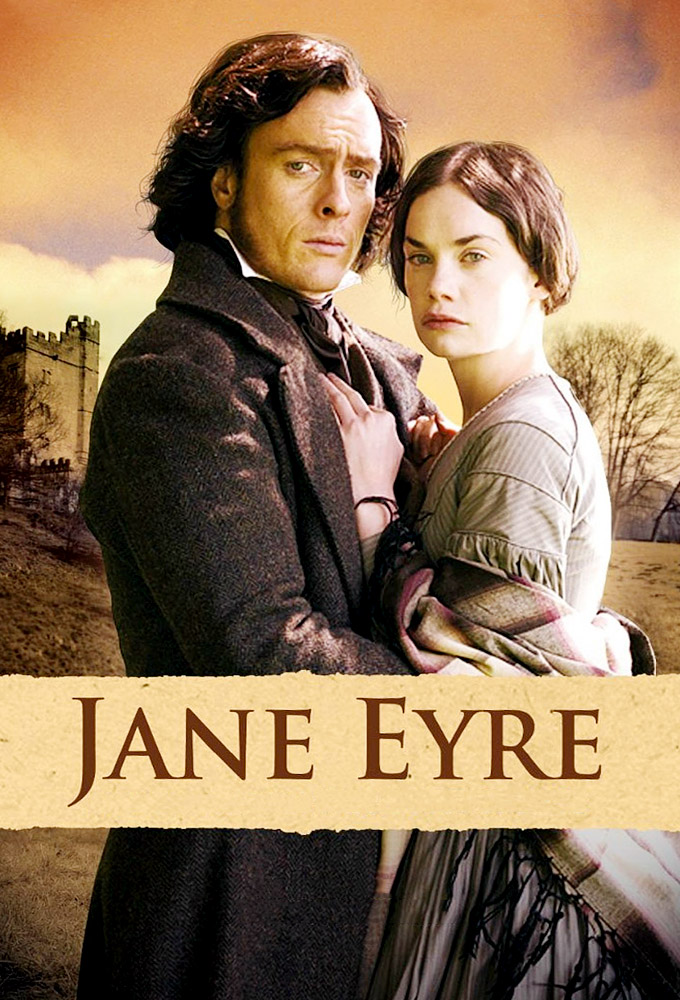 1
SÄSONG 1

1
Episode 1 2006-09-24
Episode 1
2006-09-24
Jane Eyre, an orphan, is first raised in the household of her Aunt Mrs Reed. She is then sent to Lowood school, where she remains until she is 19. She is then appointed governess at Thornfield Hall by the absent owner Edward Rochester. One day she is out walking when she has a narrow miss with a...
Regisserat av:

2
Episode 2 2006-10-01
Episode 2
2006-10-01
Jane braves the flames and wakes Rochester. He runs off to the North Tower, leaving Jane watching. They embrace on his return. In the morning Rochester has disappeared. Finally he returns, but with a houseful of guests, including the beautiful Blanche and her mother, Lady Ingram. The servants are...
Regisserat av:

3
Episode 3 2006-10-08
Episode 3
2006-10-08
Mrs Reed, Janes aunt requests Jane to return to see her as she is dying. Once there Jane discovers that an unknown uncle had offered to look after her, but she forgives her aunt. After the funeral she returns to Thornfield Hall. There staff still expect the wedding to take place between Blanche and...
Regisserat av:

4
Episode 4 2006-10-15
Episode 4
2006-10-15
Jane leaves Thornfield Hall, heartbroken and penniless. She lays down on the moors to await her fate, no longer wishing to live. She is found by St John Rivers, a local clergyman. He and his two sisters care for Jane and she sets to work as the parish teacher. She also works hard at repressing her...
Regisserat av: