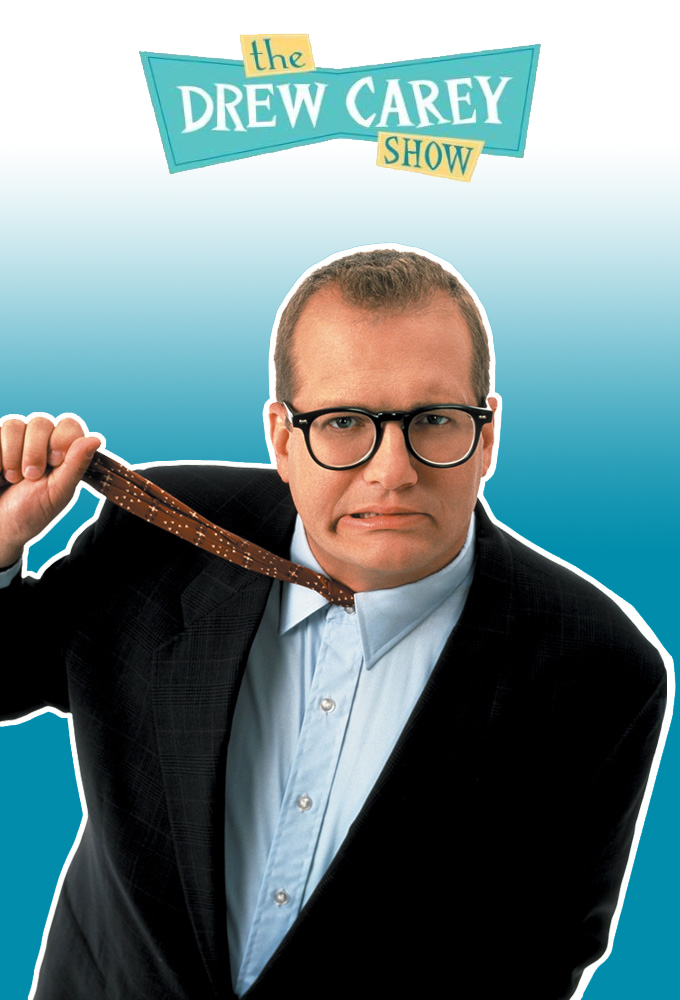 1
2
3
4
5
6
7
8
9
SÄSONG 1

1
Pilot 1995-09-13
Pilot
1995-09-13
Drews best friend Kate breaks up with her live-in boyfriend, who then fires her from her job as receptionist at his body shop. She pleads with Drew to hire her at Winfred-Louder, but he insists that he isnt supposed to give jobs to his friends. While conducting interviews for an opening in the...
Regisserat av:

2
Miss Right 1995-09-20
Miss Right
1995-09-20
Mr. Bell hires Mimi as his assistant to prevent her from filing a complaint against the store for Drews so-called harassment of her. She vows to make Drews life a living hell. While conducting interviews for the window dresser position, Drew develops a rapport with Lisa, an attractive applicant...
Regisserat av:

3
The Joining of Two Unlike Elements is a... 1995-09-27
The Joining of Two...
1995-09-27
Kate grows depressed after attending another wedding shower at work, and realizes that most of the women in her class have married. She insists that she doesnt want a husband, but has always dreamed of her wedding day. The guys decide to cheer her by throwing a fake wedding for her and Drew,...
Regisserat av:

4
Nature Abhors a Vacuum 1995-10-04
Nature Abhors a...
1995-10-04
Drew fires Suzie, an incompetent employee, only to learn that she had been involved with Mr. Bell. Drew worries about Mr. Bells reaction. Kate goes to Bell with the proposal that the store start a day spa to increase sales in the cosmetics department. Bell is very impressed with the idea, and...
Regisserat av:

5
No Two Things in Nature are Exactly... 1995-10-18
No Two Things in...
1995-10-18
Kates ex-boyfriend, Barry, refuses to come by and pick up his belongings. He begins calling her constantly at the store. Mr. Bell becomes so fed up that he issues an edict limiting employees to one personal call per day. Hoping to cheer up his co-workers, Drew attaches a cartoon to the bottom of...
Regisserat av:

6
Drew Meets Lawyers 1995-11-01
Drew Meets Lawyers
1995-11-01
Winfred-Louders attorneys try to force Drew to settle the lawsuit and sign a waiver absolving the store of any responsibility for his actions. He refuses to do this, and insists that he will find another lawyer. He coaxes Kate into calling an obnoxious ex-boyfriend and asking him to represent...
Regisserat av:

7
Drew in Court 1995-11-08
Drew in Court
1995-11-08
Drew prepares to defend himself in court. He tries to study legal books, and gets advice from other lawyers by calling up and pretending to quiz them. He signs his car and house over to Kate and Lewis so they cant be seized if he loses the case. The judge does not take kindly to Drews attempts...
Regisserat av:

8
Lewis' Sister 1995-11-15
Lewis' Sister
1995-11-15
Lewiss sister, Janet, moves back to Cleveland with her ten-year-old daughter, Monica. Drew once had a crush on Janet and was briefly involved with her at summer camp. To commemorate his one-hundredth hiring, the store gives Drew three tickets to a Rolling Stones benefit concert at the Rock and...
Regisserat av:

10
Science Names Suck 1995-12-06
Science Names Suck
1995-12-06
Kate gets a new boyfriend and has less time to spend with Drew, Lewis and Oswald. The guys run into Jay Clemens, an old buddy from junior high school, at the Warsaw. He has recently gotten a divorce. They begin hanging out with him a lot. Kate breaks up with her boyfriend (after his carnival...
Regisserat av:

11
The Electron Doesn't Fall Far from the... 1995-12-13
The Electron...
1995-12-13
Drews dad comes to town to accept a lifetime achievement award from his lodge, the Wildebeests. He encourages Drew to join the lodge and make connections that can help him find a better job. Drew isnt sure about the idea, but agrees to consider after Lewis and Oswald express an interest. A lodge...
Regisserat av:

12
Isomers Have Distinct Characteristics 1995-12-20
Isomers Have...
1995-12-20
Winfred-Louder employees decide to go on strike a few weeks before Christmas. Drew sympathizes with their plight, but must hire temporary replacements to keep the store going. He and Kate promise that they will not let the strike affect their friendship. However, this proves difficult when she...
Regisserat av:

13
Drew and the Unstable Element 1996-01-03
Drew and the...
1996-01-03
Kate is annoyed by the behavior of Earl, a very weird man who works at the tie counter. She thinks that he is crazy. Drew insists that Kate is exaggerating, but finds that Earl is extremely volatile and delusional. He believes that he is the store manager. Drew looks over Earls psychological...
Regisserat av:

14
Drew and Mr. Bell's Nephew 1996-01-10
Drew and Mr. Bell's...
1996-01-10
Mr. Bell offers Drew a promotion in exchange for training his nephew Blaine, whom Bell hopes will succeed Drew as assistant director of personnel. He isnt interested in doing any work, and forces Mimi to run all of his errands. Kate accidentally sells a giant perfume bottle--valued at $2000---for...
Regisserat av:

15
There is No Scientific Name for a Show... 1996-01-17
There is No...
1996-01-17
The store closes early because of an ice storm. Drew reluctantly agrees to carpool with the Optimists Club. However, he misses his ride when his computer suddenly catches on fire. The Optimists Club gets into an accident, and a man is killed. Mimi assumes that it is Drew and spreads the word...
Regisserat av:

16
Drew's New Assistant 1996-01-31
Drew's New Assistant
1996-01-31
Drew is thrilled when Mr. Bell tells him that he can have a personal secretary. However, Bell is just dumping Mimi off on Drew so that he can hire Suzie as his own assistant. Drew and Mimi continue to bicker constantly, especially after she belittles him in front of an interviewee. Mimi throws a...
Regisserat av:

17
The Front 1996-02-07
The Front
1996-02-07
Mrs. Louder learns of Bells relationship with Suzie and orders him to fire her. A furious Bell responds with an edict threatening to fire any member of management who is caught dating an employee. This makes Drew and Lisa hesitant to continue their clandestine affair, especially after Mimi vows...
Regisserat av:

18
Playing a Unified Field 1996-02-14
Playing a Unified...
1996-02-14
Despite his protests, Lisa tells Drew that she is going to start seeing other people. She urges him to do the same. He asks out his hard-living barber, Sue. She takes him to a strip club (to meet her mother), and forces him to defend her honor to a pair of guys twice his size at the Warsaw. ...
Regisserat av:

19
Atomic Cat Fight 1996-02-21
Atomic Cat Fight
1996-02-21
Lisa and Kate are unhappy to discover that Drew has promised the job as head personal shopper to both of them. He decides that he will observe Lisa, Kate and Mimi shopping for three of the stores most difficult customers. He insists that he will judge them on their performance alone, and hopes...
Regisserat av:

20
Drew and Kate and Kate's Mom 1996-02-27
Drew and Kate and...
1996-02-27
Kates mother takes Kate, Drew and Lisa out to dinner to celebrate Kates birthday. Kate does not tell her that she is seeing someone because her mother never approves of any of her boyfriends. Kate has led Jay to believe that her mother is in an institution. Lewis inadvertently tells him the...
Regisserat av:

21
Drew Gets Motivated 1996-05-01
Drew Gets Motivated
1996-05-01
Winfred-Louder hires a motivational speaker in the hopes of increasing productivity and helping the store get out of its recent financial slump. The speaker, Tom, encourages Drew to come up with a great idea so that he will no longer be invisible to his bosses. Noting the stores stuffy image, he...
Regisserat av:

22
Buzz Beer 1996-05-08
Buzz Beer
1996-05-08
When an angry Mr. Bell throws a bunch of wadded-up papers at Drew and Mimi, they discover a secret memo announcing that a Dutch group plans to buy the store. Winfred-Louder has been struggling, so they assume that the Dutch want to fire everyone and build something else on the property. The gang...
Regisserat av: