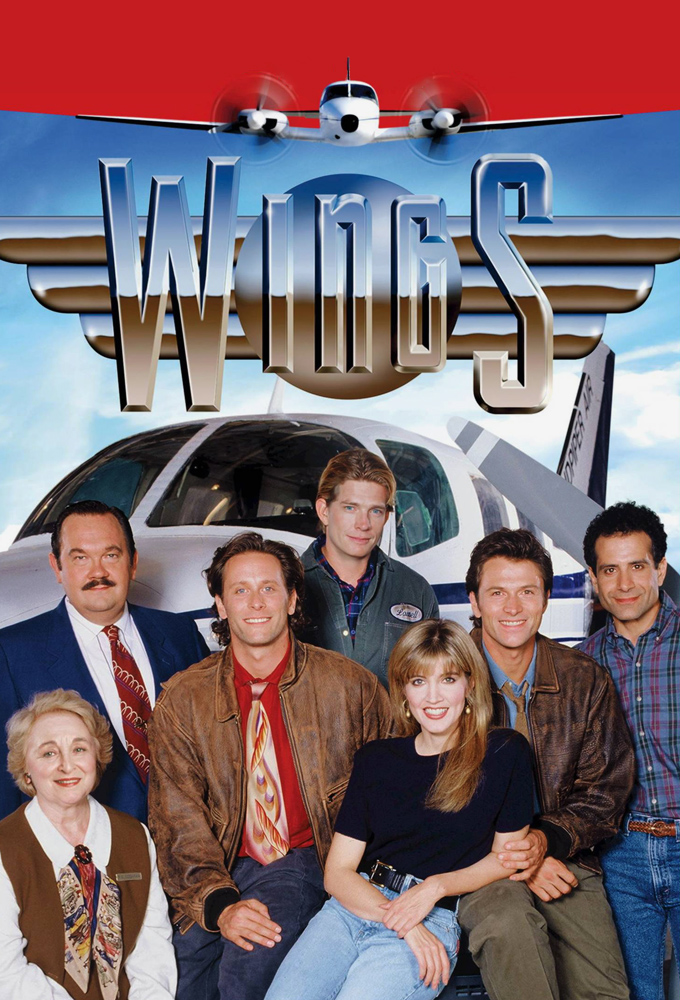 (1990)
Originaltitel: Wings
Skapad av: David Angell / Peter Casey / David Lee
Release: 1990-04-19
TV-bolag: NBC
Längd per avsnitt: 30 min min
Status: AVSLUTAD
The series Wings, could best be described as Cheers 2, as it followed much the same pattern as the other series did. The similarities are numerous, such as both being easy going character comedies and being produced by the same team (David Angell, Peter Casey and David Lee). The main difference being the setting. Instead of a Boston bar being the main setting, a small airport terminal on the island of Nantucket was used as the main backdrop. The regular gang included brothers Joe and... (TheTVDB)
Komedi Drama