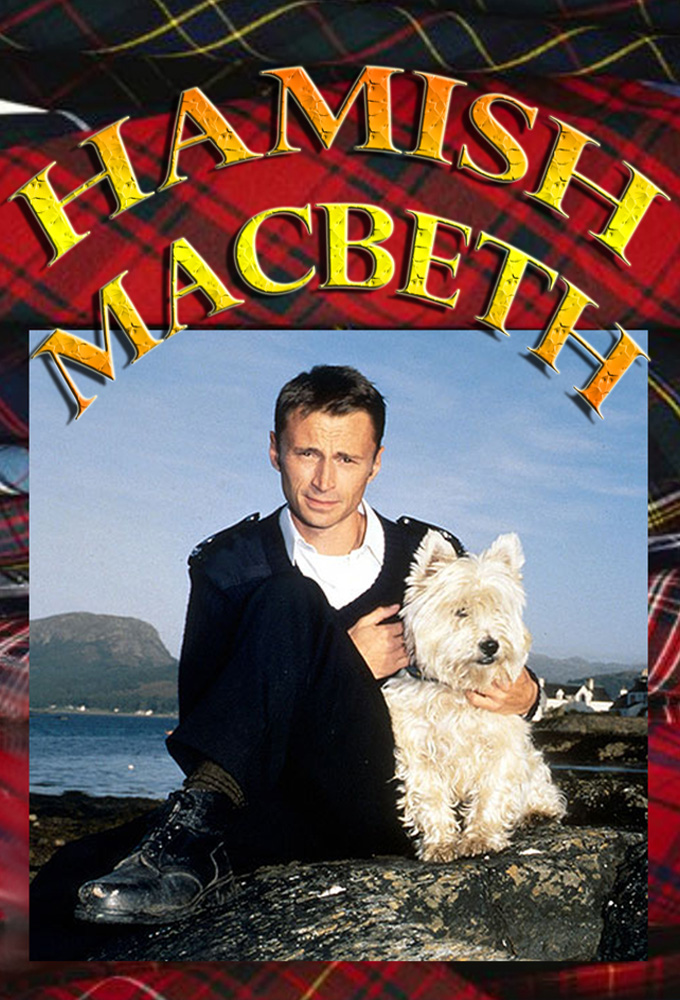 (1995)
Originaltitel: Hamish Macbeth
Release: 1995-03-26
TV-bolag: BBC One
Längd per avsnitt: 50 min min
Status: AVSLUTAD
Robert Carlyle stars as Hamish Macbeth, the lone PC in a small Scottish village called Lochdubh. The village is full of colourful characters, and Macbeth has a pretty easy time of it, but when he does solve a crime, he must pass up glory, for fear that he might be promoted to a different station. (TheTVDB)
Drama

SPECIAL
1
2
3
SÄSONG 1

1
The Great Lochdubh Salt Robbery 1995-03-26
The Great Lochdubh...
1995-03-26
Police constable Hamish Macbeth is baffled by two apparently unrelated mysteries: a huge quantity of table salt has been stolen from Rory Campbells general store; and Geordie Robb, a local bully, is missing. Hamish outwits his superiors when he makes a connection between the two mysteries.
Regisserat av:

2
A Pillar of the Community 1995-04-02
A Pillar of the...
1995-04-02
Newcomers to Lochdubh Vicky and Paul Jeffreys cause a stir: Vicky tries to put reluctant villagers back in touch with their Highland heritage, gradually alienating them. Hamish investigates when this unpopular, meddling newcomer, receives anonymous threats.
Regisserat av:

4
West Coast Story 1995-04-16
West Coast Story
1995-04-16
Hamish sets out to expose the hypocrisy of a bank manager. Hamish is having financial troubles, and Rory Campbell bails him out; in return, Hamish agrees to take part in Lochdubhs amateur production of West Side Story.
Regisserat av:

6
A Bit of an Epic 1995-04-30
A Bit of an Epic
1995-04-30
On a mountain trek led by Colonel Don Maxwell, Hamish advises caution once the climbers have reached their goal, but Maxwell urges them on into a dangerous situation.
Regisserat av: