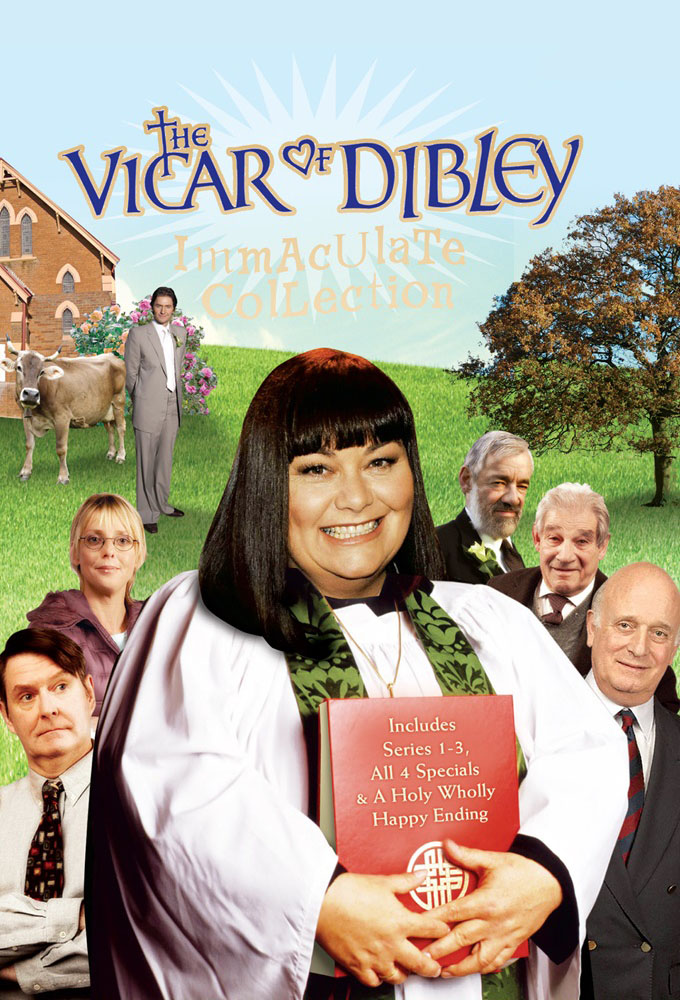 (1994)
Originaltitel: The Vicar of Dibley
Release: 1994-11-10
TV-bolag: BBC One
Längd per avsnitt: 30 min min
Status: AVSLUTAD
The Vicar of Dibley begins after the older Vicar Pottle dies, the people of Dibley need to find a suitable replacement for him. Most would assume theyd find a young interesting man, or something of that sort, but instead they get Geraldine Granger (Dawn French). Shes not exactly the kind of person youd expect for that sort of position, with her jokes and honest, yet sweet attitude. She quickly became popular with the people in Dibley, because of her enthusiasm and caring personality. (TheTVDB)
Komedi

2
Songs of Praise 1994-11-17
Songs of Praise
1994-11-17
A BBC TV program decides to film a segment in Dibley, leading to all sorts of romantic misunderstandings, well, auditions for the church choir.
Regisserat av:

4
The Window and the Weather 1994-12-01
The Window and the...
1994-12-01
One of the churchs stained glass windows is broken during a storm (not The Great Storm, mind you), which sends the Reverend on a fund-raising mission among the well to do, especially Davids friends.
Regisserat av:

5
Election 1994-12-08
Election
1994-12-08
Geraldine clashes with David in the Dibley district councilor elections over the issue of local bus service, and finds herself an opposing candidate.
Regisserat av:

6
Animals 1994-12-15
Animals
1994-12-15
A funeral for a pet bird inspires Geraldine to hold a special church service for all the animals of the village, despite opposition from David.
Regisserat av: