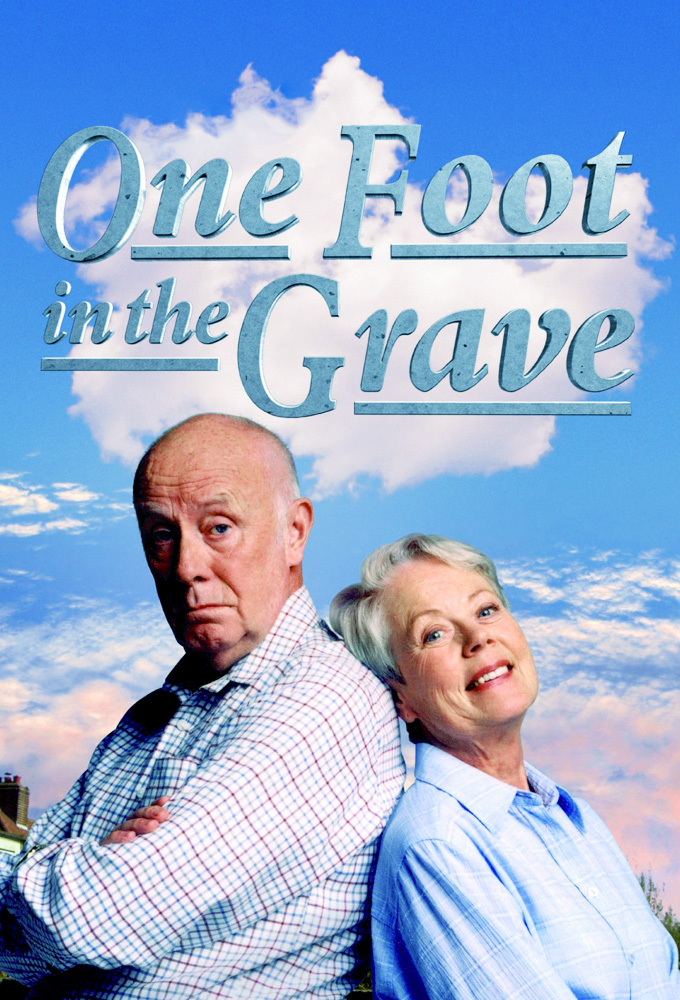 One Foot in the Grave

(1990)
Originaltitel: One Foot in the Grave
Release: 1990-01-01
TV-bolag: BBC One
Längd per avsnitt: 30 min min
Status: AVSLUTAD
Victor Meldrew, a man who, put simply, is annoyed by every one of lifes challenges!, has never been renowned for his patience and tolerance. When hes forced to take early retirement, he suddenly has plenty of time on his hands to rage against the petty annoyances of life and the people in it. His long-suffering wife Margaret just has to grin and bear it as her husband constantly moans and battles his way through his retirement years. Other regular characters are his neighbours,... (TheTVDB)
Komedi

SPECIAL
1
2
3
4
5
6
SÄSONG 1

1
Alive and Buried 1990-01-04
Alive and Buried
1990-01-04
Victor Meldrew, 60 years old, is at last retiring from the rigors of his security guard job at Watson-Mycroft. Replaced by a talking machine, Victor soon discovers that retirement will give him just as many reasons to be grumpy.
Regisserat av:

2
The Big Sleep 1990-01-11
The Big Sleep
1990-01-11
As retirement throws more problems for Victor Meldrews retirement, including a next-door neighbours noisy party, a disturbing and puzzling rash and an atheist funeral, has Victor bitten the bullett?
Regisserat av:

3
The Valley of Fear 1990-01-18
The Valley of Fear
1990-01-18
After being mugged whilst photographing badgers, and having his house sprayed with the phrase The Man Who Lives Here Is A Turd, Victor decides to hold a crime prevention meeting.
Regisserat av:

4
I'll Retire to Bedlam 1990-01-25
I'll Retire to...
1990-01-25
After being stuck in the shed for over three hours, then forced to spend an entire day with his eyes closed after a visit to the optometrist, Victor cannot bear the trials of babysitting.
Regisserat av:

5
The Eternal Quadrangle 1990-02-01
The Eternal...
1990-02-01
Although Margaret is glad that Victor finally has a hobby to occupy his time, she is less pleased to discover that it involves painting nudes.
Regisserat av:

6
The Return of the Speckled Band 1990-02-08
The Return of the...
1990-02-08
Following a food poisoning incident, problems with the electricity man, the Meldrews embark on a well deserved holiday, however this is only the start of their problems?
Regisserat av: