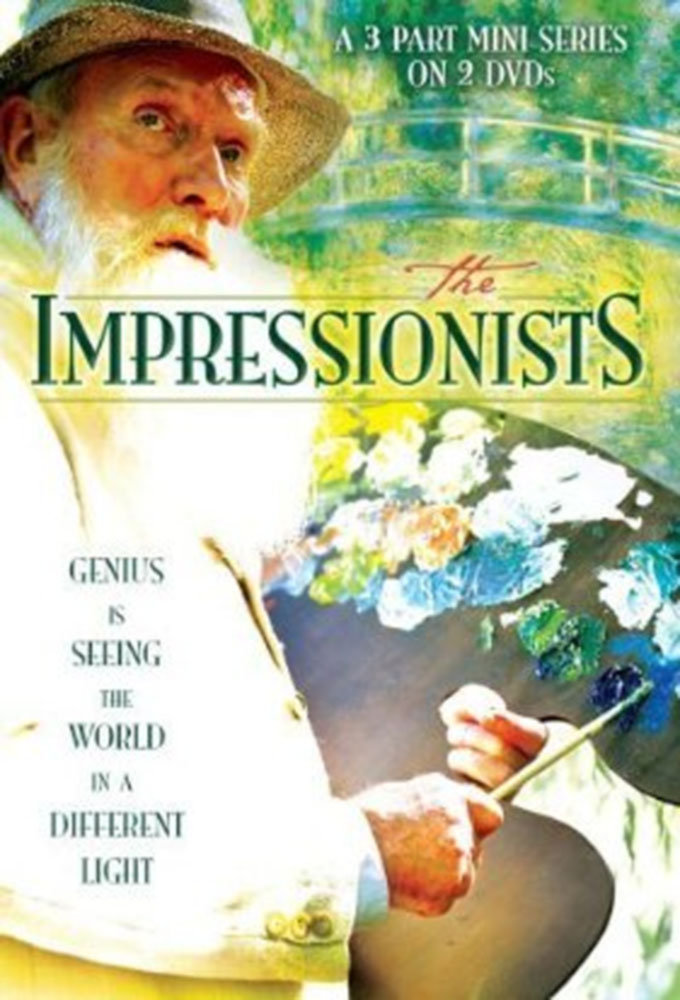 (2006)
Originaltitel: The Impressionists
Release: 2006-04-30
TV-bolag: BBC One
Längd per avsnitt: 60 min min
Status: AVSLUTAD
Three hour mini-series tells the intimate history of a most illustrious brotherhood of Impressionist artists - Monet, Degas, Renoir, Cézanne and Manet. Entirely based on documentary evidence, special effects transport the viewer inside some of the worlds best-loved paintings, The Impressionists will recreate the illuminated landscapes, and haunting portraits of late 19th-century France. (TheTVDB)
Drama Miniserie

1
SÄSONG 1

1
Episode 1 2006-04-30
Episode 1
2006-04-30
The young artist enters into the bohemian cafe society of 19th-century Paris, meeting the contemporaries with whom he is to found a new artistic movement, only for revolution to tear the group apart.
Regisserat av:

3
Episode 3 2006-05-14
Episode 3
2006-05-14
Cezanne is forced to lead a double life with his mistress and secret child, and refuses to compromise his vision in the face of vitriol from both the critics and a close friend. Manet receives the Legion dHonneur, but his health is failing fast. Monet embarks on a successful tour of Europe, but...
Regisserat av: