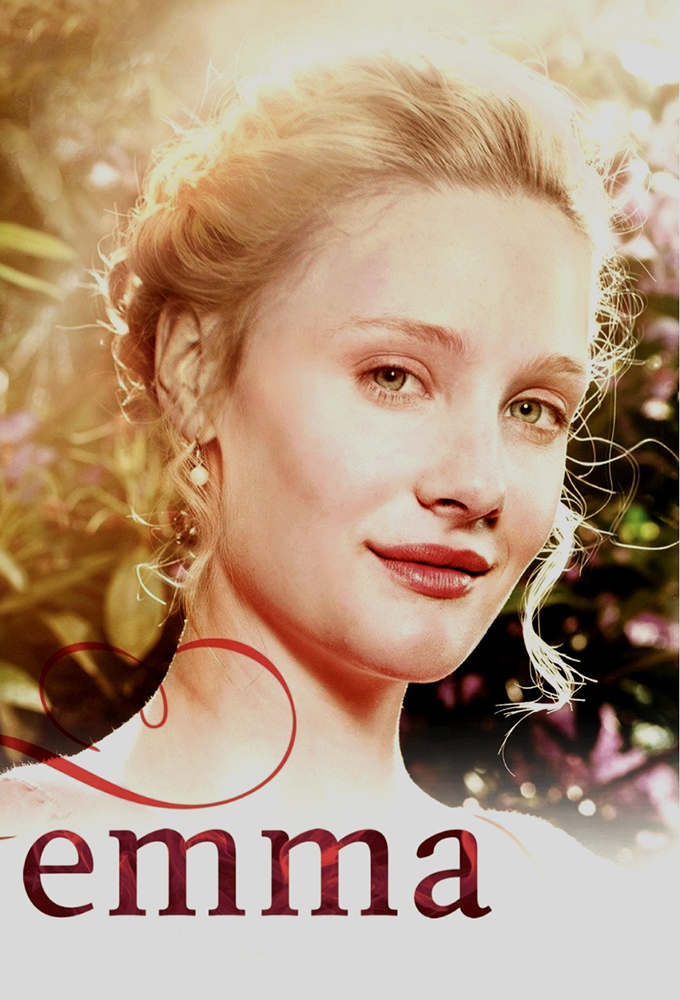 (2009)
Originaltitel: Emma
Release: 2009-10-04
TV-bolag: BBC One
Längd per avsnitt: 60 min min
Status: AVSLUTAD
Beautiful, clever, and rich Emma Woodhouse is convinced she is good at matchmaking after her older sister and her governess both marry suitable husbands. No matter that as Mr Knightley dryly observes, in reality, she had nothing to do with these relationships. Yet Emma, certain of her talents, plays a dangerous game as she persuades her new friend, the young, pretty and socially inferior Harriet to reject an advantageous marriage proposal to a local farmer in favour of dashing Mr... (TheTVDB)
Drama

1
SÄSONG 1

1
Episode 1 2009-10-04
Episode 1
2009-10-04
Rich, independent and kind-spirited, Emma Woodhouse has no need to marry, but nothing delights her more than matchmaking those around her. Once she has married off her close companions, she alights upon the pretty Harriet Smith to fashion into her new playmate and ally. She persuades Harriet that...
Regisserat av:

2
Episode 2 2009-10-11
Episode 2
2009-10-11
Emma continues her attempts to marry off Harriet and Mr Elton, vicar of Highbury. Although uninterested in marriage herself, she is intrigued by the mysterious and elusive Frank Churchill, who she hopes to meet for the first time at a village Christmas party. Frank does not arrive, and instead Emma...
Regisserat av:

3
Episode 3 2009-10-18
Episode 3
2009-10-18
Emma teases Mr Knightley about Jane, but he remains tight-lipped. Meanwhile, Frank and Emma plan a ball, and Emma wonders whether she might be in love with him. Despite having a wonderful time at a village ball, she decides not. With her matchmaking officially abandoned, Emma feels cooped up and...
Regisserat av:

4
Episode 4 2009-10-25
Episode 4
2009-10-25
What was intended as a day of fun turns into a day of agony for everyone on the Box Hill excursion. Things come to a head when, egged on by Frank, Emma behaves very badly, insulting Miss Bates. She is berated by Knightley, and realises that her behaviour was shameful. She tries to repair things...
Regisserat av: