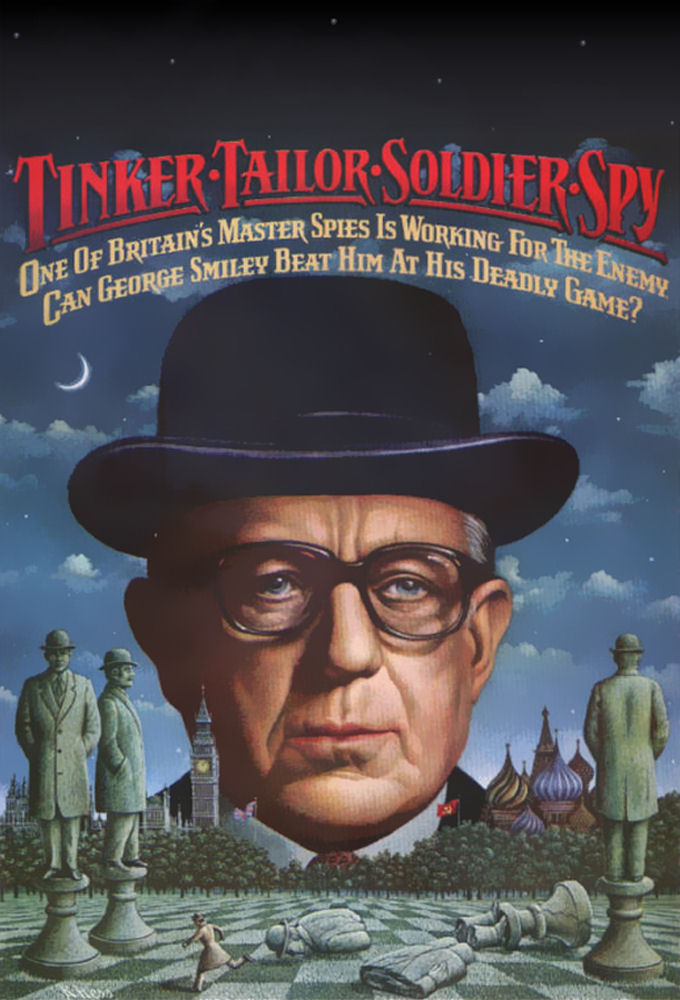 (1979)
Originaltitel: Tinker Tailor Soldier Spy
Release: 1979-09-10
TV-bolag: BBC One
Längd per avsnitt: 50 min min
Status: AVSLUTAD
Tinker, tailor,soldier, sailor, rich man, poor man, beggar-man, thief. George Smiley, the aging master spy of the Cold War and once heir apparent to Control, is brought back out of retirement to flush out a top level mole within the Circus. Smiley must travel back through his life and murky workings of the Circus to unravel the net spun by his nemesis Karla The Sandman of the KGB and reveal the identity of the mole before he disappears. (TheTVDB)
Drama Miniserie

2
Tarr Tells His Story 1979-09-17
Tarr Tells His Story
1979-09-17
Ricki Tarr, an active agent, recounts a tale to the spy masters that sways Smiley in favour of returning to the Circus to secretly ferret out the mole. Tarrs tale is of The Sandmann, the KGB counterpart and nemesis of Smiley, and of his network in the Circus.
Regisserat av:

3
Smiley Tracks the Mole 1979-09-24
Smiley Tracks the...
1979-09-24
Now that Smiley has rejoined the game he must secretly procure the information and files needed to conduct his investigation. While Peter breaks into the Circus archives and finds files that bring a whole new perspective to consider, Smiley goes to interview an old friend.
Regisserat av:

5
Tinker Tailor 1979-10-08
Tinker Tailor
1979-10-08
Smiley, now fortified with new information, goes to confront Jim Prideaux, an old spy who long since came in from the cold and is now a school teacher. Control, in his last days, seemed to have confided in him and sent him on a mission behind the Iron Curtain to find out who exactly the mole in the...
Regisserat av:

7
Flushing Out the Mole 1979-10-22
Flushing Out the...
1979-10-22
The waiting has paid off and the traps closes on Karlas mole. It is agreed to trade him against several English spies who were captured by the KGB, but Prideaux is still not found and he has an open account to settle with the mole. With the command structure of the Circus hollowed out and...
Regisserat av: