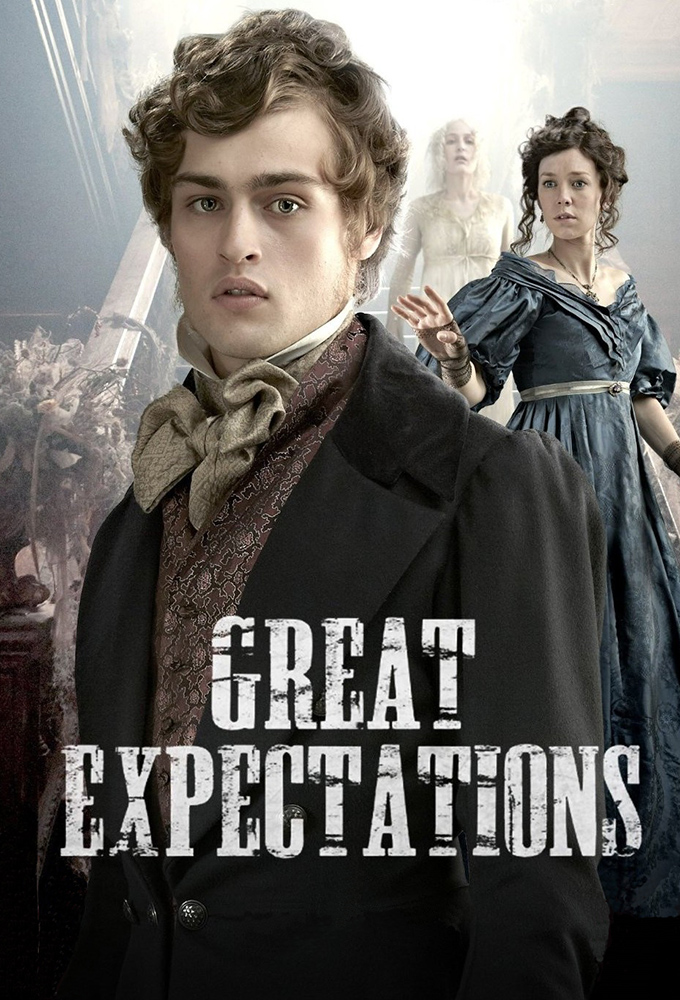 (2011)
Originaltitel: Great Expectations
Release: 2011-12-27
TV-bolag: BBC One
Längd per avsnitt: 40 min min
Status: AVSLUTAD
Phillip Pirrup, known as Pip, meets a convict or two in a graveyard and sets into motion a series of events that lead him from a comfortable life in his brother-in-laws forge to a mysterious inheritance and his acquaintance with the eerie Miss Havisham, her beautiful ward Estella, and the unusual lawyer Jaeggers. (TheTVDB)
Drama Miniserie

1
SÄSONG 1

1
Episode 1 2011-12-27
Episode 1
2011-12-27
A terrifying encounter on the marshes with an escaped convict and a summons from the mysterious Miss Havisham change orphan Pips life forever. He dares to believe he might be destined for a future beyond the marshes - a future linked to that of the beautiful Estella.
Regisserat av:

2
Episode 2 2011-12-28
Episode 2
2011-12-28
Pip starts his new life as a gentleman in London, quickly acquiring expensive tastes and mounting debts. He falls deeper in love with Estella and escorts her around town. As his twenty-first birthday approaches, Pip waits for his benefactor and their intentions to be revealed.
Regisserat av:

3
Episode 3 2011-12-29
Episode 3
2011-12-29
Pip wants nothing to do with Magwitch and rushes to confront Miss Havisham. At Satis House he learns that Estella may be lost to him. Back in London, Wemmick warns him that the penalty for Magwitchs return from Australia will be hanging. Now Pip must help him escape.
Regisserat av: