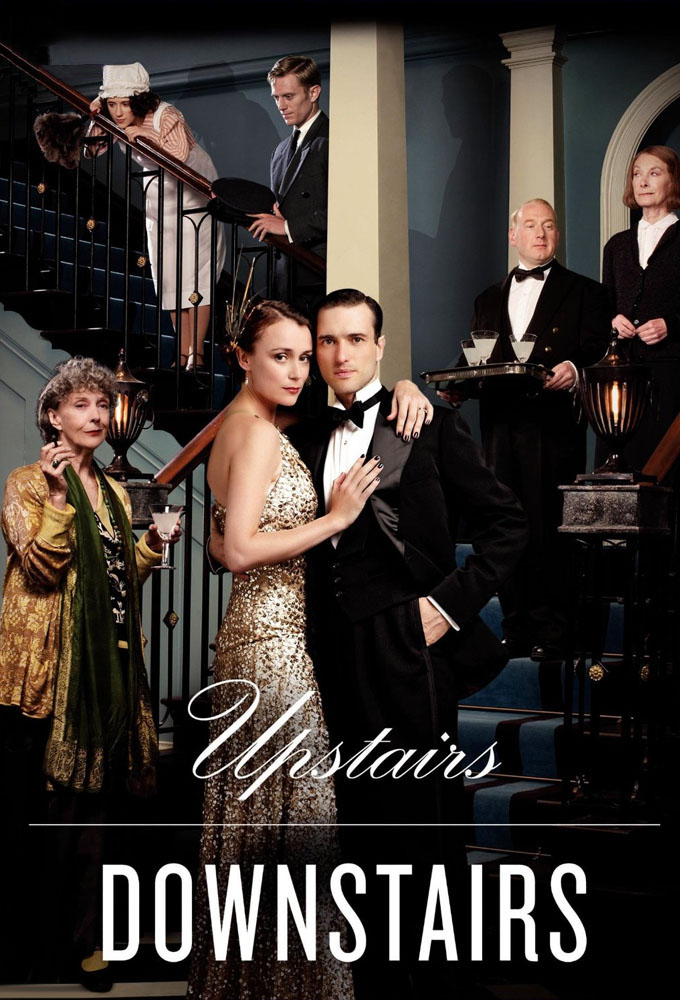 (2010)
Originaltitel: Upstairs Downstairs
Skapad av: Heidi Thomas
Release: 2010-12-26
TV-bolag: BBC One
Längd per avsnitt: 60 min min
Status: AVSLUTAD
Set in 1936, the show takes viewers, old and new, back to the lavish world of Belgravia, London. A new set of occupants reside at the iconic address and viewers see how external and internal influences of the tumultuous pre-war period shape and mould the lives of this wealthy family and their servants.‬ ‪Upstairs, is Lady Agnes Holland, the beautiful, spirited and socially ambitious woman who plans to take society by storm. Her husband and master of the house, diplomat Sir Hallam... (TheTVDB)
Drama Miniserie

1
2
SÄSONG 1

1
The Fledgling 2010-12-26
The Fledgling
2010-12-26
Set in 1936, this lavish three-part series invites viewers old and new across the threshold of television’s most famous address - 165 Eaton Place. Diplomat Sir Hallam Holland (Ed Stoppard) moves into the iconic townhouse along with his wife, Lady Agnes (Keeley Hawes). With the help of former...
Regisserat av:

2
The Ladybird 2010-12-27
The Ladybird
2010-12-27
With no sign of a thaw in relations between Lady Agnes and Maud, Hallam finds his diplomatic skills put to the test at home as well as at work. The servants are intrigued by a mysterious new addition to the household, while a restless Lady Persie embarks on a dangerous flirtation, and is drawn to...
Regisserat av:

3
The Cuckoo 2010-12-28
The Cuckoo
2010-12-28
Sir Hallam finds himself at the centre of a national crisis when his friend, the Duke of Kent, asks for help. Meanwhile, storm clouds are gathering within 165 Eaton Place, with Lady Agness growing fear over the imminent arrival of her baby, and the servants concern for Lotte, who refuses to speak....
Regisserat av: