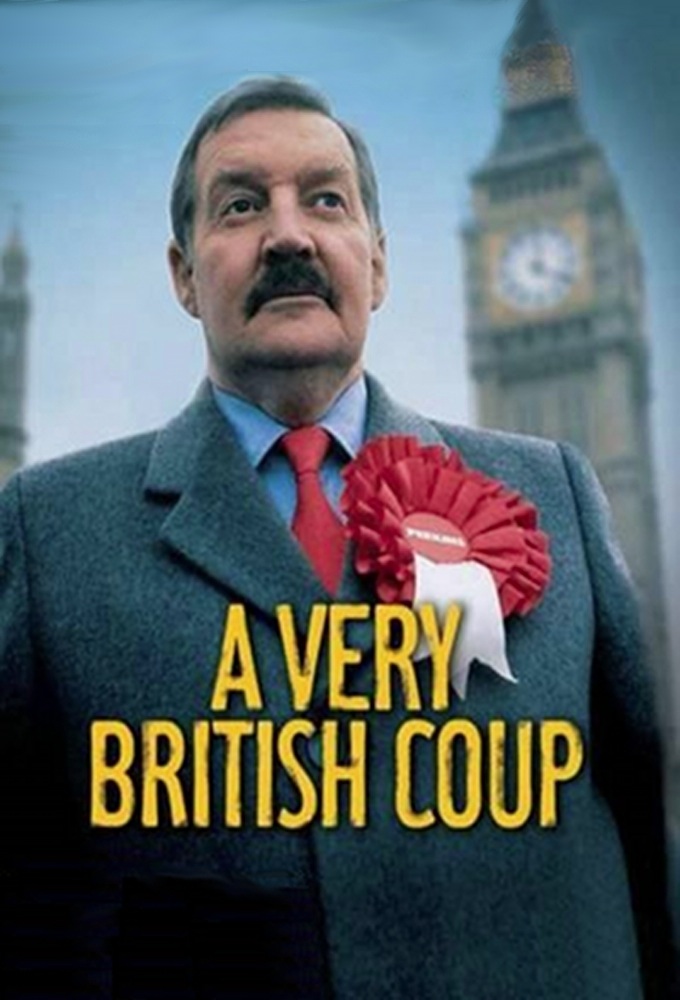 (1988)
Originaltitel: A Very British Coup
Release: 1988-06-19
TV-bolag: Channel 4
Längd per avsnitt: 60 min min
Status: AVSLUTAD
Harry Perkins, Labour MP and self-confessed third generation socialist, is elected Prime Minister of the UK. With stated policies of unilateral nuclear disarmament, neutrality and open government, his enemies quickly accumulate, from the US administration, to those much closer to home, such as the right-wing press and the security services. It is this disparate group who will unite in the hopes of ousting a democratically-elected leader in a very British coup... (TheTVDB)
Drama

1
SÄSONG 1

1
Part 1 1988-06-19
Part 1
1988-06-19
Harry Perkins, a Labour MP from Sheffield, is elected British Prime Minister, having stood on a platform promising huge social change. The election of Perkins, however, has caused uproar amongst the Establishment, and Perkins is soon under fire from the right-wing press, the US administration, and...
Regisserat av:

2
Part 2 1988-06-26
Part 2
1988-06-26
Having survived his first crisis, Prime Minister Harry Perkins, now secure in Downing Street, faces the forces ranged against him. He loses his right-hand man in a sex scandal and now he faces a power workers strike.
Regisserat av:

3
Part 3 1988-07-03
Part 3
1988-07-03
Harry has been in office for a year and everything has improved - even the weather. When he decides that US bases and missiles must leave the country, the Americans decide that it is time that Harry went.
Regisserat av: