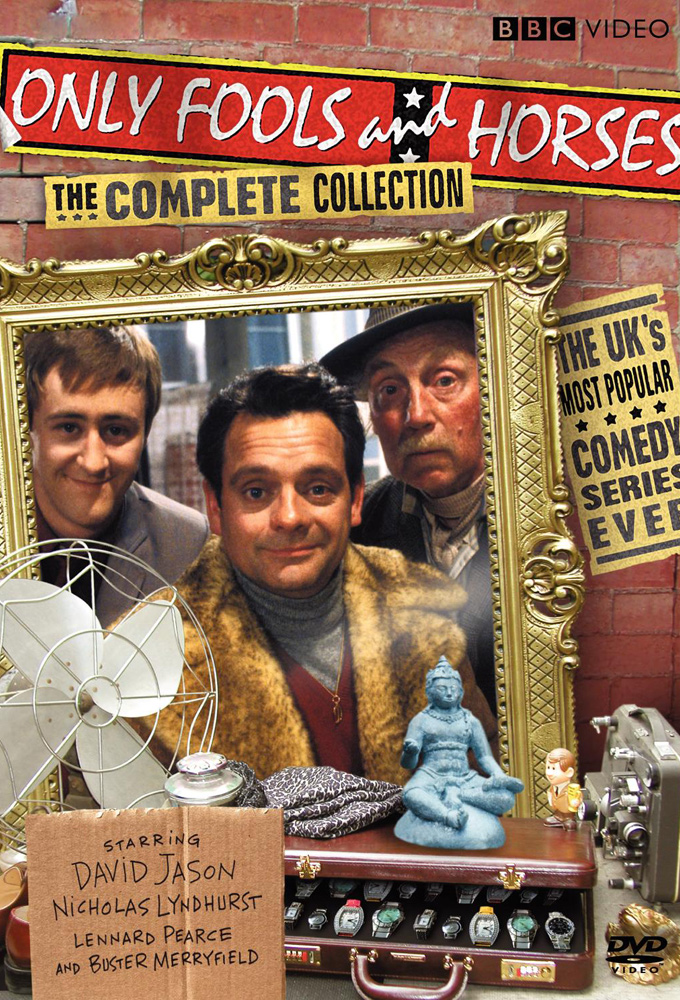 Only Fools and Horses....

(1981)
Originaltitel: Only Fools and Horses....
Skapad av: John Sullivan
Release: 1981-09-08
TV-bolag: BBC One
Längd per avsnitt: 30 min min
Status: AVSLUTAD
For over two decades, brothers Derek 'Del Boy' and Rodney Trotter of 'Trotters Independent Traders PLC' entertained us both with Del's extreme optimism and scams and, quite simply, Rodney's facial expressions upon hearing those scams. Moving from straight comedy into comedy-drama in its later years, taking head-on the challenges of life and death in its cast and characters - 'Only Fools' became one of Britain's most loved programmes, regularly topping critics and public popularity... (TheTVDB)
Komedi

SPECIAL
1
2
3
4
5
6
7
SÄSONG 1

1
Big Brother 1981-09-08
Big Brother
1981-09-08
After flogging one legged turkeys from the back of a three wheeled van, Dels confident at last hes onto a winner with Triggers consignment of Old English vinyl briefcases. How can his brother Rodney even think of abandoning the high flying world of trading for a real job
Regisserat av:

2
Go West Young Man 1981-09-15
Go West Young Man
1981-09-15
Rodneys depressed. His mate Mickey Pearce has moved in on his bird - Monica of the fat thighs - and life isnt exactly a social whirl. Del has the solution - theyll all be millionaires in a year - cue his smooth friend Boycie and a very dodgy deal...
Regisserat av:

4
The Second Time Around 1981-09-29
The Second Time...
1981-09-29
Dels rekindled passion with an old flame Pauline and it looks like wedding bells are in the air again. Rodneys not so thrilled after what happenned to her first two husbands...
Regisserat av:

5
A Slow Bus to Chingford 1981-10-06
A Slow Bus to...
1981-10-06
Del has a dream: The Trotter corporate skyscraper, rising majestically against the Peckham skyline. Its time for the latest moneymaking scam, Trotters Ethnic Tours. But, why are there no takers?...
Regisserat av: