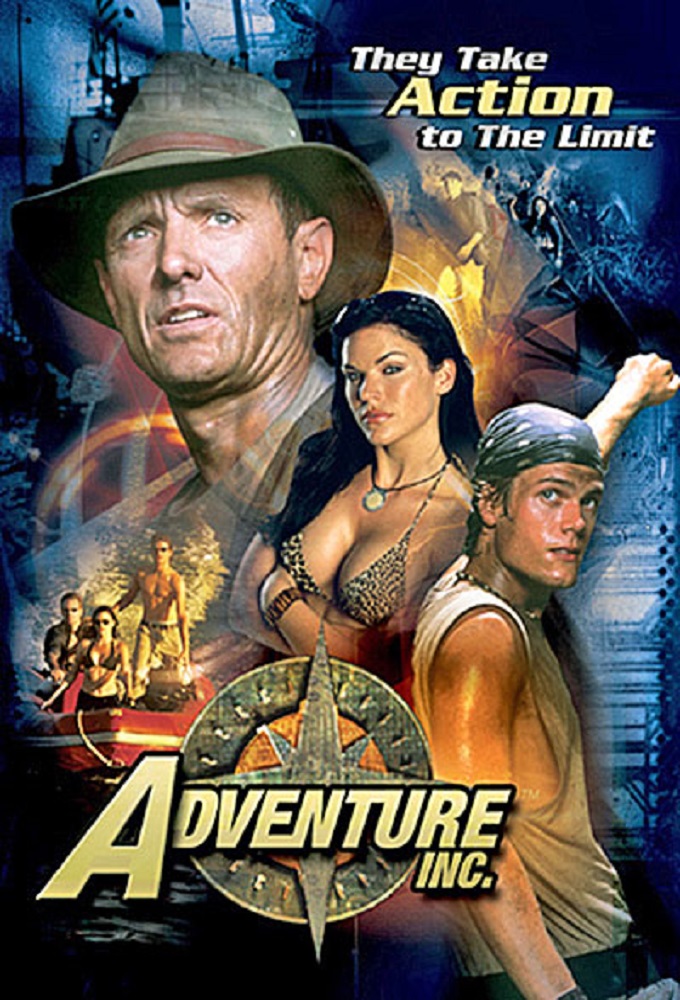 1
SÄSONG 1

1
Bride of the Sun 2002-09-30
Bride of the Sun
2002-09-30
Judsons search for a legendary Mayan altar takes some interesting twists and turns as his former partner makes life difficult trying to get the treasure for himself and beat Judson in the process.

4
Messages From the Deep 2002-10-21
Messages From the...
2002-10-21
A psychic offers to contact Judsons old friend Cap. A team of rogue hunters led by Kincaid follow them with the advantage they have an in with the local government official. We find out Andro and Kincaid are in cahoots and Andro plants an artifact on the ship to get Judsons permit revoked and...

5
Village of the Lost 2002-10-28
Village of the Lost
2002-10-28
The team searches for a Romanoff icon with purported mystical properties, in a remote Russian village that apparently disappeared 11 years ago. Gabriel and Judson investigate but Russian Mafia shoot down their plane. They are taken in by the inhabitants of a mysterious fog-enshrouded village and...

7
Curse of the Neptune 2002-11-11
Curse of the Neptune
2002-11-11
Judson and the crew initially get dropped out of a bid to salvage a cursed WW2 ship, the Neptune. The initial salvager is killed under unusual circumstances and Adventure Inc. get hired but a series of accidents and deaths plague the group including Taylor, the guy who hired them. The team finds a...

8
Magic of the Rain Forest 2002-11-18
Magic of the Rain...
2002-11-18
Judson and the team get hired by an insurance company to find Victoria, a missing anthropologist and old girlfriend of Judsons. Their guide gets killed and then miraculously resurrected by a boy, Faran, of the local Sauro tribe. A local gang follows the team to get a hold of the death benefits and...

9
Fatal Error 2002-11-25
Fatal Error
2002-11-25
The team is brought in by a corporation to determine why a simulated Mars Mission project failed and five people disappeared. They are soon plagued by strange accidents themselvs and realize that the main computer is suffering from a programming glitch.

10
The Plague Ship of Val Verde 2003-01-20
The Plague Ship of...
2003-01-20
In Val Verde, South America a woman with a lethal hellsgate virus takes refuge on the Vast Explorer and the local government seals the ship, cutting it off from the outside world. The local government plans to use the crew to generate vaccine with no concern for the teams lives. Worse, the local...

11
Secret of the Sand 2003-01-27
Secret of the Sand
2003-01-27
While traveling across the desert, Gabe falls into a secret underground chamber and some locals open fire on the others when they attempt a rescue. They escape and meet with a local ruler, Omar, who offers to help but is more concerned about finding a missing fortress than finding Gabriel.

12
The Angel of St. Edmunds 2003-02-03
The Angel of St....
2003-02-03
Adventure Inc. is recruited by St. Edmunds Abbey to retrieve a stolen gold and jeweled Angel that is believed to carry protective powers. They are contacted by a monk, Brother John, who is sworn to silence and thinks he knows where the Angel is. The trail leads to London where mobsters try to take...

13
Echoes of the Past 2003-02-10
Echoes of the Past
2003-02-10
While in London looking for a Black Madonna, Mac is forced to go on the run from some CIA types and she soon meets a man, Gavin, who has a mark similar to one she has. Judson and Gabe go looking for her and the CIA get on their trail and claim theyre trying to save Mac, who used to work for them as...

15
The Search for Arthur 2003-02-24
The Search for...
2003-02-24
The team is helping the Camelot Society try to find King Arthurs grave despite the reluctance of some of the locals. A mysterious accident and the appearance of the Dark Rider, a ghostly rider said to attack thieves and vandals, plague their efforts. Gabe suspects the son of the local Lord Richard...

16
Wave of the Future 2003-03-03
Wave of the Future
2003-03-03
The team recovers a Roman plate that holds research on a synthetic gill unit tied to the research of a Professor Pendergast. Judson loses the plate when he and the curator are attacked while Gabe and Mac track the doctor to an insane asylum where he insists he is from Atlantis.

17
Spirit of the Mask 2003-04-07
Spirit of the Mask
2003-04-07
The team finds an ancient mask of a tribal deity at the Yeveh Burial Grounds in West Africa and put it in a box at the request of their client, Pere Martin. The team gets away from attackers and returns the mask, which has stored up hundreds of years of pain and fear and seems to have a strange...

18
The Man Who Wouldn't Be King 2003-04-14
The Man Who...
2003-04-14
In Pondicheery, India, the team meet a local man who is killed while trying to get the Lost Sword of Tamerlane to Judson – the wrapping has a map leading to Tamerlanes treasure. The map leads to the island of Nicobar where Judson is greeted by name as The Chosen One who is scheduled to be married...

19
The Last Crusader of San Giovanni 2003-04-21
The Last Crusader...
2003-04-21
The team is looking for the Sacred Chalice and the treasure of Cavaliere Piamonte on behalf of the Vatican when Brother John (from The Angel of St. Edmunds) shows up. They also run into Don Nicosia who warns them off and whose daughter is attracted to John. The team track the treasure to a...

20
The Price of the Oracle 2003-04-28
The Price of the...
2003-04-28
The team is looking for a missing Greek treasure tied to an old friend of Judsons, who went to a small island seeking the Oracles treasure and fell ill to hallucinations with only days before she dies. The gang travel to the island and must deal with the secretive locals. Gabe gets drugged by an...

21
Point of No Return 2003-05-05
Point of No Return
2003-05-05
The team break into a gangsters manor to retrieve the historical Crucible of Geber, but Gabe spots a woman in distress, Ana, and goes to her rescue. Judson and Mac get the Crucible with little effort and they bring Ana back to the Vast Explorer - Ana was planning on stealing the Crucible and steals...

22
Trapped 2003-05-12
Trapped
2003-05-12
The team are in the south of France when a man with a CD hides it in the chateau they are at. He is then killed by rogue Intelligence agents as he flees. The men track back to the chateau, jam the telephones, and lay siege to the house. The team figures out the dead guy hid something and start...