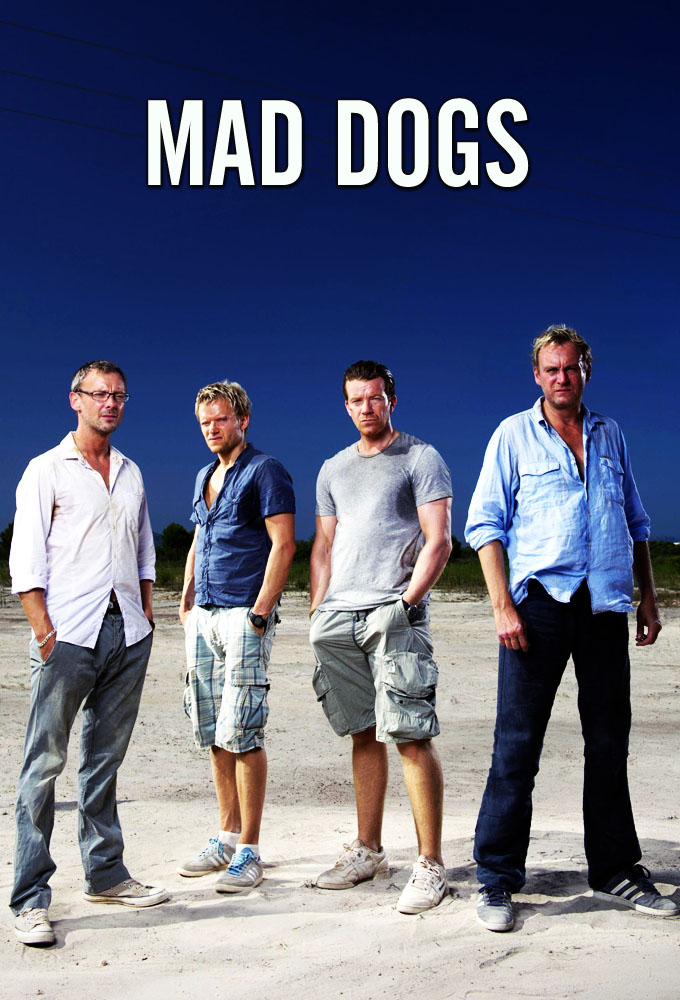 (2011)
Originaltitel: Mad Dogs
Release: 2011-02-10
TV-bolag: Sky1
Längd per avsnitt: 45 min min
Status: AVSLUTAD
Woody, Quinn, Baxter and Rick have been friends since sixth form. The fifth member of their gang is Alvo, a risk-taking opportunist who, having made his fortune in property, leads a luxurious lifestyle in Majorca. Now in their 40s, theyve all taken different paths in life with varying degrees of success. When Alvo flies them to his extravagant villa to celebrate his early retirement, they enjoy a trip down memory lane. However, all does not go to plan and they find themselves... (TheTVDB)
Drama

3
Episode 3 2011-02-24
Episode 3
2011-02-24
The friends realise the gravity of their situation and come up with a plan to make Alvos murder look like a Russian Mafia hit, fearful that gangsters will soon come looking for their money. The pals have already cut off one of the victims feet - but paranoia reopens old wounds.
Regisserat av:

4
Episode 4 2011-03-03
Episode 4
2011-03-03
The critically applauded drama concludes, finishing on the headiest of highs. Barricaded in the villa, things really do go from bad to worse for Woody, Quinn, Baxter and Rick.
Regisserat av: