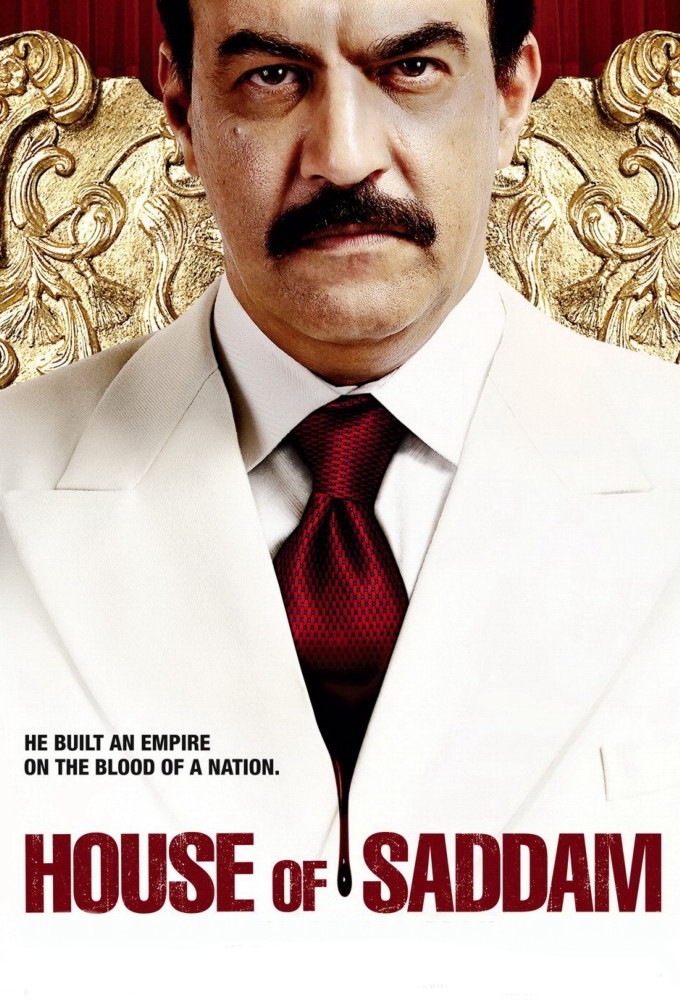 (2008)
Originaltitel: House of Saddam
Release: 2008-07-30
TV-bolag: BBC
Längd per avsnitt: 60 min min
Status: AVSLUTAD
The intimate world of Saddam Hussein and his closest inner circle is revealed in House Of Saddam – a gripping four-part drama for BBC Two that charts the rise and fall of one of the most significant political figures in recent history. House Of Saddam offers a fresh perspective on the dictator, his relationships and his actions behind closed doors, by retelling events from inside the very heart of the regime. Beginning in 1979 when Saddam became president of Iraq, it follows the... (TheTVDB)
Drama Miniserie

1
SÄSONG 1

1
Part 1 2008-07-30
Part 1
2008-07-30
Igal Naor stars in a drama charting Saddam Husseins turbulent rule over Iraq, tracing his dictatorship from its beginnings in a political coup within his Baath party in 1979 to the conflicts of later years. In the first episode, detractors of the new regime face a harsh punishment and Saddams...
Regisserat av:

2
Part 2 2008-08-06
Part 2
2008-08-06
In 1988, as Baghdad celebrates victory in the war with Iran, Kuwaits upsurge in oil output challenges future Iraqi prosperity. Tension grows within Saddam Husseins household due to the increasingly erratic behaviour of his son Uday, who beats a man to death, and a frosty relationship between the...
Regisserat av:

3
Part 3 2008-08-13
Part 3
2008-08-13
The drama captures the events of May 1995, when Iraq was crippled by sanctions after refusing to comply with inspections. Feeling betrayed following the appointment of Saddams second son Uday as the dictators successor, Hussein Kamel gave UN and CIA officials information on the whereabouts of the...
Regisserat av:

4
Part 4 2008-08-20
Part 4
2008-08-20
The invasion of Iraq forces Saddam to go into hiding near the town of Tikrit, while his daughters, grandchildren and wife flee the country to safety in Syria. Uday, Qusay and eldest grandson Mustapha take refuge at a relatives house in Baghdad, but disloyalty leads to their deaths, and the net...
Regisserat av: