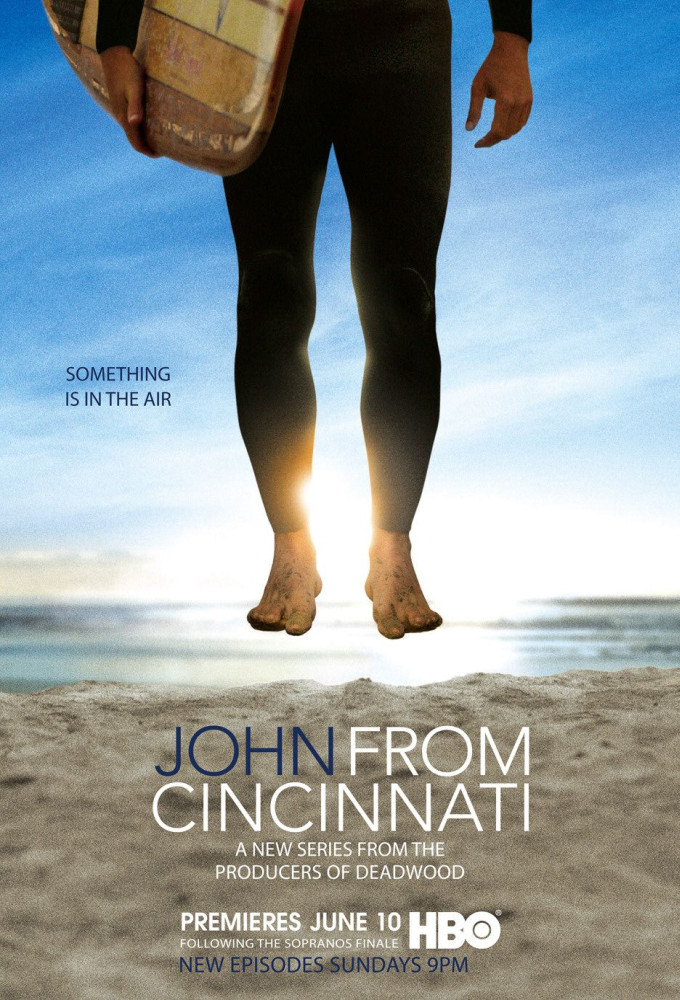 (2007)
Originaltitel: John from Cincinnati
Skapad av: David Milch / Kem Nunn
Release: 2007-06-10
TV-bolag: HBO
Längd per avsnitt: 60 min min
Status: AVSLUTAD
From the creator of Deadwood comes this new "surf noir" drama about a dysfunctional Southern California family galvanized by the sudden arrival of two strangers: a man out for revenge and a boy looking for surfing lessons. In Imperial Beach, California, the dysfunctional Yost family intersects with two new arrivals to the community: a dim-but-wealthy surfing enthusiast and man spurned by the Yosts years ago. (TheTVDB)
Drama

1
SÄSONG 1

1
His Visit: Day One 2007-06-10
His Visit: Day One
2007-06-10
We meet Mitch Yost once a legendary surfer, but now a lonely figure. He has a son Butchie who used to be extraordinary surfer, but now a drug addict junkie, and a 13-year-old grandson Shaun, who may be the next big surfer. As Mitch rinses off by his station wagon; he levitates, and thinks hes...
Regisserat av:

2
His Visit: Day Two 2007-06-17
His Visit: Day Two
2007-06-17
Linc tries to infiltrate the Yost inner circle; Barry has a change of heart about the fate of the motel; Shaun has unexpected results when he takes part in a surfing competition; a greasy drug dealer named Steady Freddy arrives to harass Butchie, but changes his tune when bad news arrives, and John...
Regisserat av:

3
His Visit: Day Two Continued 2007-06-24
His Visit: Day Two...
2007-06-24
Dr. Smith believes a paranormal phenomenon has occurred within the Yost family; Kai takes John to her trailer; and Cass comforts Mitch, unaware of her connection to Linc.
Regisserat av: