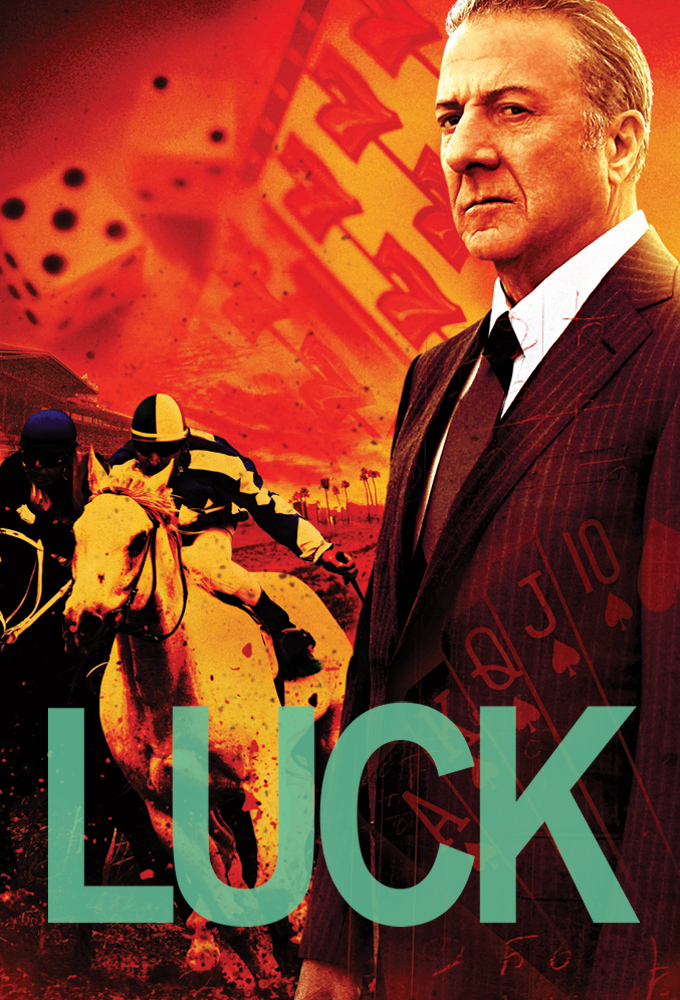 1
SÄSONG 1

1
Pilot 2012-01-29
Pilot
2012-01-29
Released from prison after three years, Ace Bernstein plots revenge against the colleagues who betrayed him. With his trusted aide/chauffeur Gus Demitriou acting as a front for his race horse investment, Ace seeks to reverse the sagging fortunes of a famous racetrack. Meanwhile, four dissolute...
Regisserat av:

2
Ace Meets with a Potential Investor 2012-02-05
Ace Meets with a...
2012-02-05
Ace meets with his parole officer and starts to line up potential investors as a public face for his next big venture. Meanwhile, Renzo stumbles into a risky proposition by making claim on a horse trained by Escalante; Jerry takes a beating at a high-stakes poker table; and Walter finds a seasoned...
Regisserat av:

3
Ace Meets with a Talented Whiz Kid 2012-02-12
Ace Meets with a...
2012-02-12
Jerry pursues a deal to buy the horse that Renzo lost to Mulligan while also talking to Escalante about training it. Meanwhile, Walter mulls a change in jockeys after Gettin Up Mornings first race ends badly; and Ace gives a young whiz kid the opportunity of a lifetime.
Regisserat av:

4
Ace Meets with a Colleague 2012-02-19
Ace Meets with a...
2012-02-19
Ace meets with Claire about a charitable endeavor for prisoners, and discusses his new venture with an old partner. Meanwhile, Jerry’s gambling nemesis lures him into a dangerous game that may require an intervention by his racetrack buddies; and Walter turns to Rosie to be his new jockey.
Regisserat av:

5
Ace Forces Escalante to Swap Jockeys 2012-02-26
Ace Forces...
2012-02-26
Ace takes the reins when Escalante surprises Gus with his decision to race Pint of Plain with an inexperienced jockey in the horses debut. Meanwhile, Marcus delves into the meaning of his friendship with Jerry; and Claire accompanies Ace to the track after accepting his very generous donation.
Regisserat av:

6
Ace Pitches a Deal 2012-03-04
Ace Pitches a Deal
2012-03-04
Ace meets with a track owner and his parole officer, but sends Nathan Israel to discuss business with his fellow investors, who scheme to stay one step ahead of their new partner. Meanwhile, an earthquake has a curious effect on Joeys state of mind; and Leon and Rosie find their racing skills...
Regisserat av:

7
Ace and Claire Tour a Horse Farm 2012-03-11
Ace and Claire Tour...
2012-03-11
Ace has a relaxing visit to the prison-outreach retirement farm for horses, but Nathan Israel has a rougher time trying to persuade Aces new partners of his boss sincerity. Meanwhile, Walter discusses Gettin Up Mornings ownership with a lawyer and decides on his next rider; Jerry teams up with a...
Regisserat av:

8
Ace Counters Smythe's Move with His Own 2012-03-18
Ace Counters...
2012-03-18
Ace reacts decisively to a new wrinkle in the racetrack deal, but its probably not a move that Smythe will take lying down. Meanwhile, Walter tries to concentrate on the historic Western Derby, in which his horse will go head-to-head with Gus; Rosies good news isnt so great for Leon; and Jo is...
Regisserat av:

9
Two Prized Colts Go Head-to-Head 2012-03-25
Two Prized Colts Go...
2012-03-25
Gus does everything in his power to protect Ace, and later they watch as their star mount races against Walters prized horse; while worrying about Jos recovery, Escalante prepares his horses for their races; Renzos mother comes for a visit.
Regisserat av: