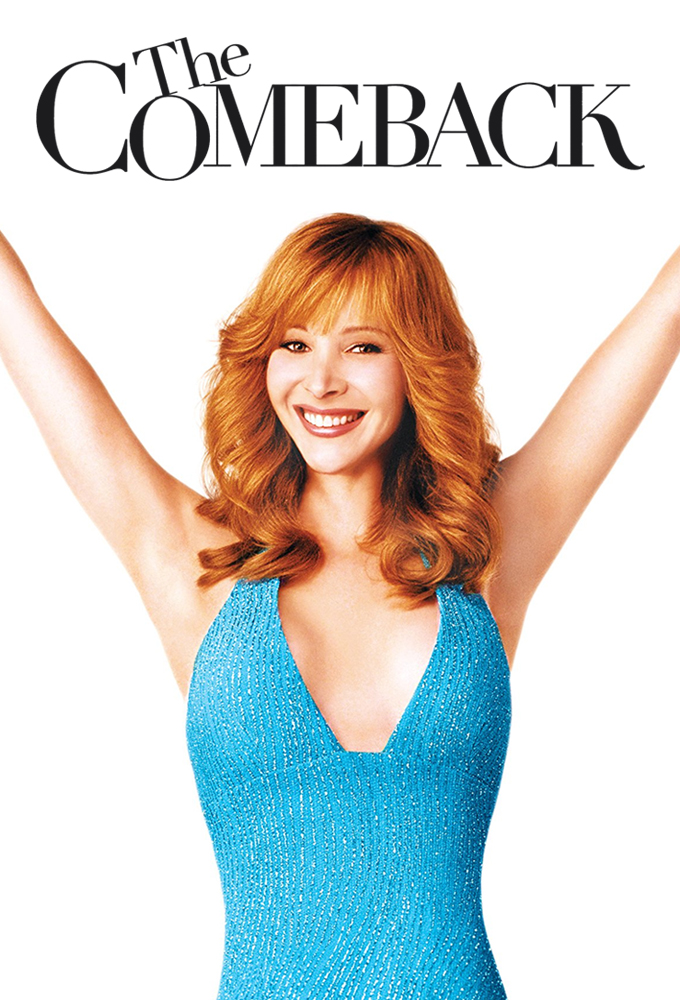 1
2
SÄSONG 1

1
The Comeback 2005-06-05
The Comeback
2005-06-05
Valerie wants a role in a new sitcom pilot called Room and Bored, about four hip singles living in a condo, but can only get it if she allows cameras to follow her for a reality show. She lands the part but soon discovers that its not the one she was expecting.
Regisserat av:

2
Valerie Triumphs at the Upfronts 2005-06-12
Valerie Triumphs at...
2005-06-12
The cast of Room and Bored is flown to New York City to introduce the media to Aunt Sassy and her attractive young charges. The ever bubbly Valerie gets a reality check on just how far her star has fallen.
Regisserat av:

3
Valerie Bonds With the Cast 2005-06-19
Valerie Bonds With...
2005-06-19
After a table read for the first official episode, Valerie invites her co-stars to a bonding lunch, but Juna doesnt show up. The two make up later with a one-on-one lunch, where Valerie learns why Juna is such a paparazzi favorite.
Regisserat av:

4
Valerie Stands Up for Aunt Sassy 2005-06-26
Valerie Stands Up...
2005-06-26
Concerned that Paulie G. has written an unflattering line that will turn audiences against her character, Valerie enlists a new writer, Gigi, to help pitch a less offensive one. Meanwhile, Valerie rethinks her impulsive decision to adopt a puppy.
Regisserat av:

6
Valerie Saves the Show 2005-07-17
Valerie Saves the...
2005-07-17
With the cast in a funk following Room and Boreds lackluster premiere, Valerie tries to boost morale with a late-night cookie delivery that gives new meaning to her trademark line, I dont want to see that!
Regisserat av:

7
Valerie Gets a Very Special Episode 2005-07-24
Valerie Gets a Very...
2005-07-24
Excited about a Room and Bored episode dedicated to her character, Valerie pulls some strings to get a name actor to play Aunt Sassys romantic interest. A celebration at the Viper Room proves typically embarrassing for Valerie.
Regisserat av:

9
Valerie Hangs With the Cool Kids 2005-08-07
Valerie Hangs With...
2005-08-07
At the insistence of the network, Room and Bored gets a makeover and two new cast members, spurring talk of a coup by the original five. Meanwhile, Valerie spends some quality time with her stepdaughter, Franchesca, and her rotten little friends.
Regisserat av:

10
Valerie Gets a Magazine Cover 2005-08-14
Valerie Gets a...
2005-08-14
With Juna getting all the hype and magazine covers, Valerie enlists a new publicist, Billy Stanton, to land her a cover. Billy scores her a shoot for Be Yoga, forcing Valerie to remodel her fitness room and take a yoga crash course.
Regisserat av:

13
Valerie Does Another Classic Leno 2005-09-04
Valerie Does...
2005-09-04
After hosting a memorable coming-out party for the premiere of The Comeback, Valerie marks an even more memorable guest appearance on The Tonight Show. Valerie Cherishs comeback appears to be official... could she really be it again?
Regisserat av: