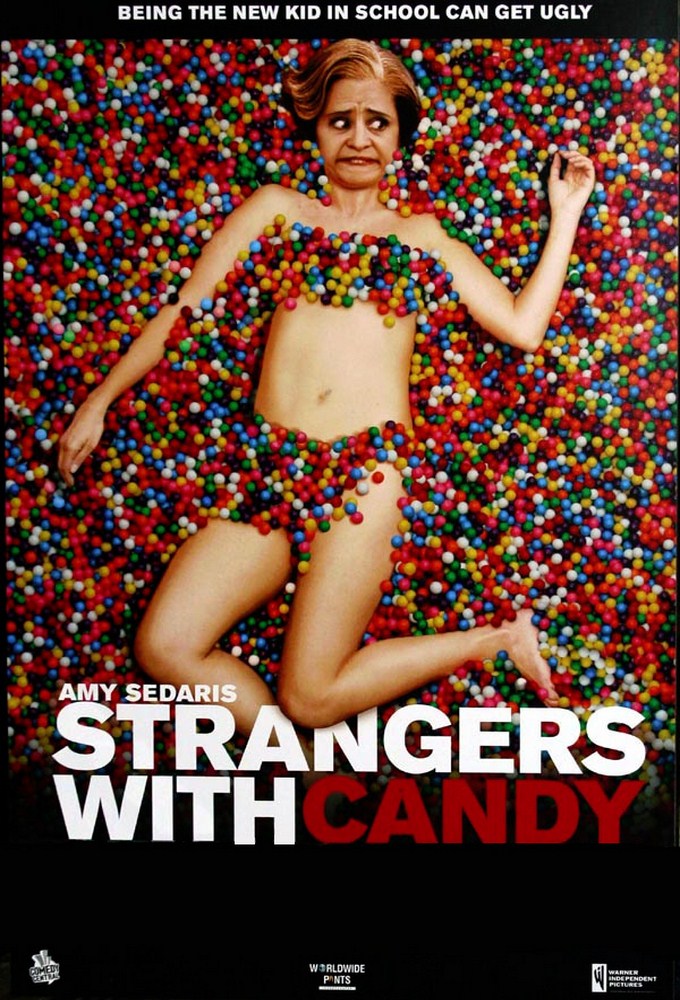 (1999)
Originaltitel: Strangers with Candy
Skapad av: Stephen Colbert / Paul Dinello / Amy Sedaris / Mitch Rouse
Release: 1999-04-07
TV-bolag: Comedy Central
Längd per avsnitt: 30 min min
Status: AVSLUTAD
Hello, Im Jerri Blank and Im a 46-year-old high school freshman. For 32 years I was a teenage runaway. I was a boozer, a user, and a loser. My friends were dealers, cons, and 18 karat pimps. But now Im out of jail, picking up my life exactly where I left off. Im back in high school, living at home, and discovering all sorts of things about my body. Im finding out that though the faces have changed, the hassles are just the same. (TheTVDB)
Komedi

4
Who Wants Cake? 1999-04-28
Who Wants Cake?
1999-04-28
Jerri is told she must help Principal Blackman out by turning snitch and rooting out the school retard if she wants to go on the class trip to Good Time Island.
Regisserat av:

10
The Trip Back 1999-07-19
The Trip Back
1999-07-19
Jerri reverts back to her old ways and succumbs to drugs in an attempt to win the affection of a beautiful female stoner
Regisserat av: